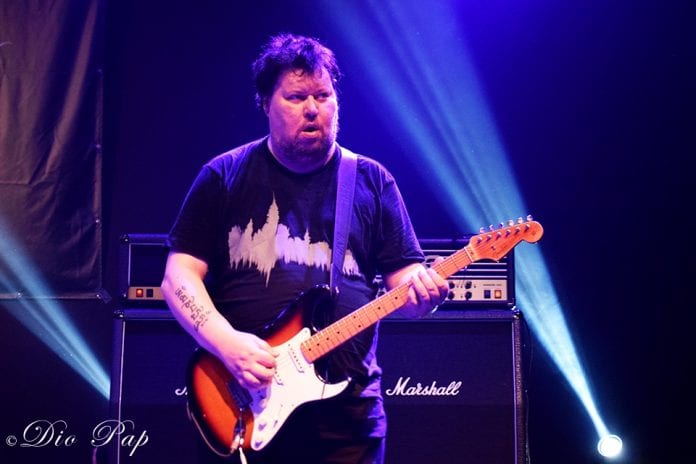 First on stage were the progsters The Silent Wedding in an almost empty Piraeus Academy. The small audience didn’t discourage them, however they tried to satisfy everyone in the venue. Although there were some problems with the mixing of the sound (low volume Keyboards), they were enjoyable and left positive opinions. They played songs from their two albums, “Livin Experiments” and the recent “Enigma Eternal”. Personally I enjoyed a lot songs like “Shadows & Dust”, “The Return (To Ithaca)” and “Silence”. 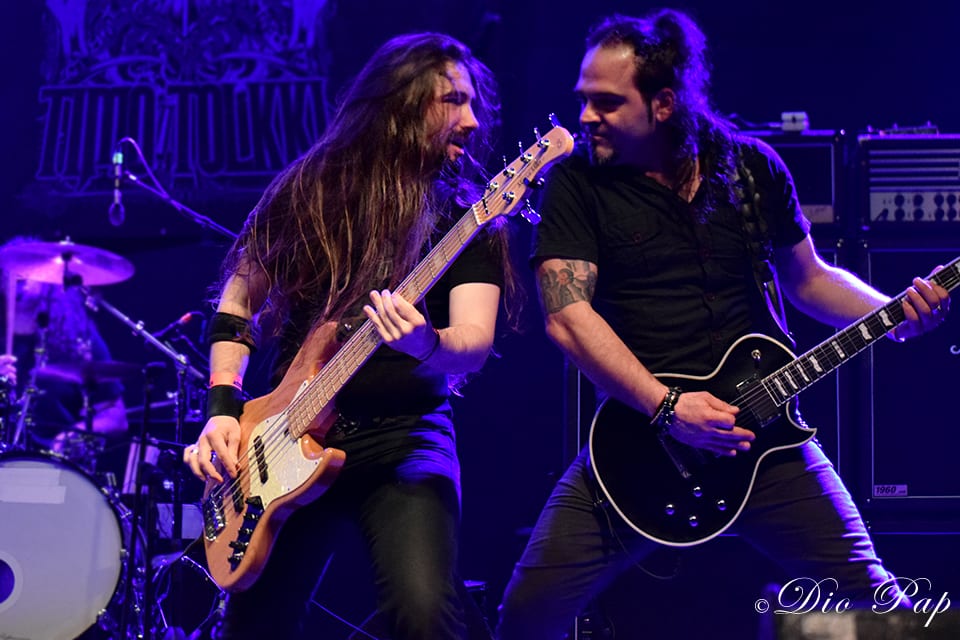 Next were the gothic/alternative Elysion. The audience was bigger and that was a positive thing because they witnessed an exceptional performance by the band. Christianna, singer of the band, with her impressive presence managed to win the eyes and the applause of the crowd. Musically the band had a strong bond and presented beautiful and catchy songs. Special mention should be made for Christianna’s exquisite vocal skills. Although their songs are simple, her voice ideally fits with their music and she managed to magnetize the audience with her voice. The songs I enjoyed most were “Never Forever” and “Killing My Dreams”. 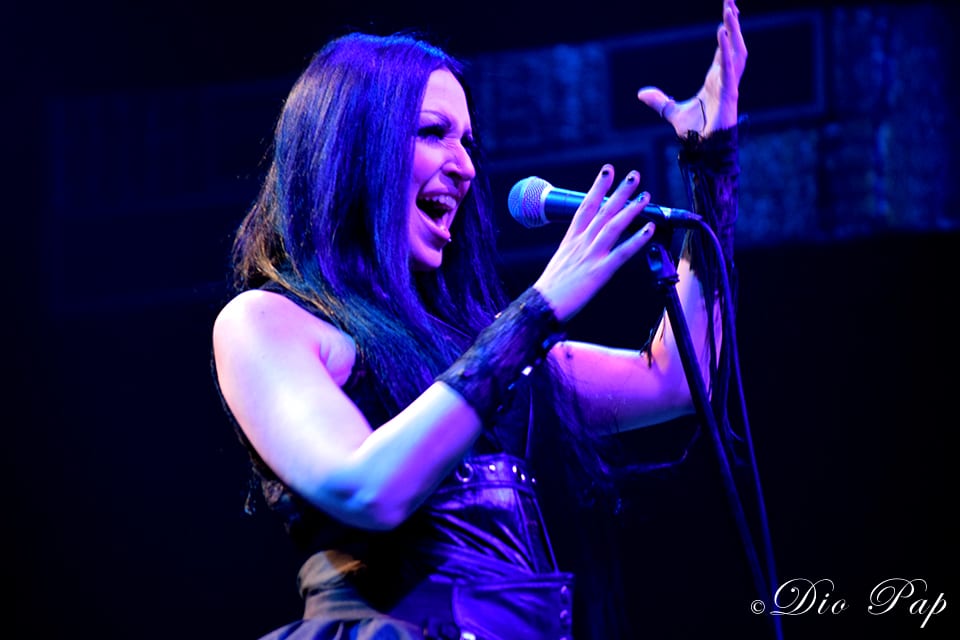 Although there were not more than 200 people at the concert, the presence of Timo Tolkki didn’t remind us any of his previous appearances in our country. The attendance of the audience was unreasonably low for such a cheap ticket. Unfortunately for Timo, if he decided not to carry the name he built in his previous band, he must accept the consequences of something new. The musicians that followed him was Michael Livas on vocals, Mikko Härkin (Symfonia, Sonata Arctica) on keyboards, Santtu Lehtiniemi on bass and Alex Landenburg (LT’s Rhapsody, Mekong Delta, Starchild) on drums. Since it was the first live appearance of the fold, clearly we did not expect everything to be perfect. Besides, Tolkki has not done a two-hour live show since 2006 and his current physical condition does not help him. 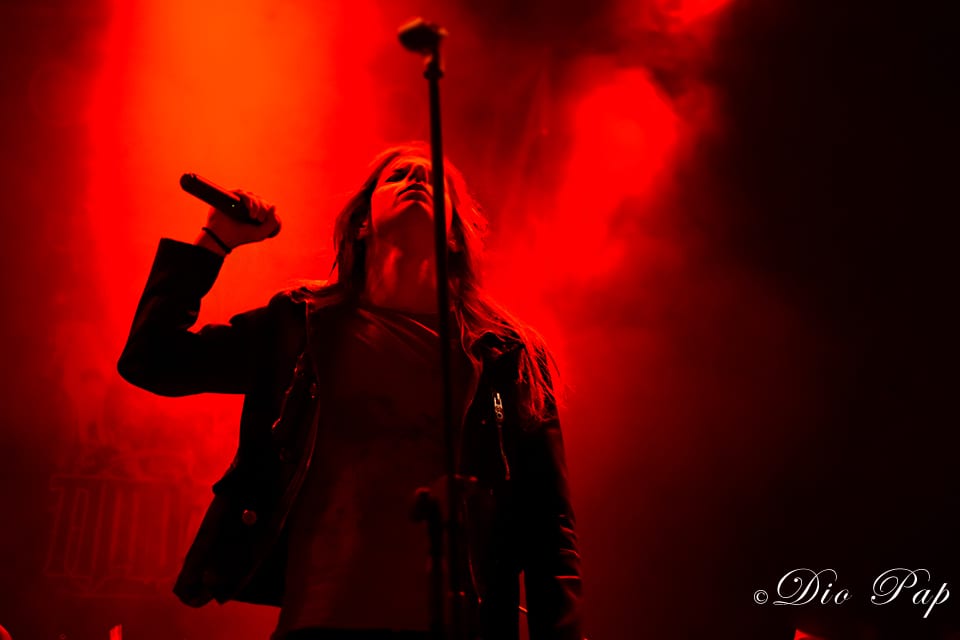 The show started very dynamically with “Fright Night”. An incredible and true experience. Immediately after the 8-minute anthem of Stratovarius “Break The Ice” follows. You can see smiles all around the audience, and I must say that Timo Tolkki’s personal choice on vocals, performed at maximum the tracks he sings himself. “Distant Skies” follows, from “Fourth Dimension”, where the audience comes to life and sings along. After, the single-hit “Hunting High And Low” leaves me unmoved despite the audience reactions it. Immediately after the song “Twilight Symphony” reminds me of something that I had not lived for almost 11 years, since the last appearance of Tolkki in Greece. Incredibly executed by Mikko Harkin and Timo Tolkki. Then, “Speed of Light” followed with a lot of small mistakes from Timo that we forgive. His name reference from Michael Livas in the pause of the track causes panic from the audience and results in the fast and “demonized” solo just before the end of the song. Fourth song from the Fourth Dimension, “Galaxies” and I wonder why so many songs from this album, when there were left out so many diamonds from the setlist (Reign of Terror, 4th Reich, Will The Sun Rise?, Phoenix). A return to more familiar songs with a great performance from Michael in “Paradise”. Unfortunately, I wouldn’t say the same for “Dreamspace”. Maybe his voice was tired from the previous song. Beyond the high vocals in the second part of the song, he didn’t quite impress me. It didn’t matter though because I’m sure that with a little more work he will be able to place the voice properly. Next, “Kiss of Judas” and Alex Landenburg is pounding the drums loudly like a maniac. The audience seems to enjoy another diamond from the favored “Visions”. Timo looks tired, he is bathed in sweat and plays only the basics. When he isn’t playing, he is sitting right next to the drums, drinking water and leaving the guitar with feedback. Unfortunately, the fan in front of him did not come in time and we were sure that he will not last any longer. Before they leave the stage, they play “Father Time” where Livas impresses us once again with his high falsetto vocals. A track you now hear from Kotipelto and you wish never to hear it again. 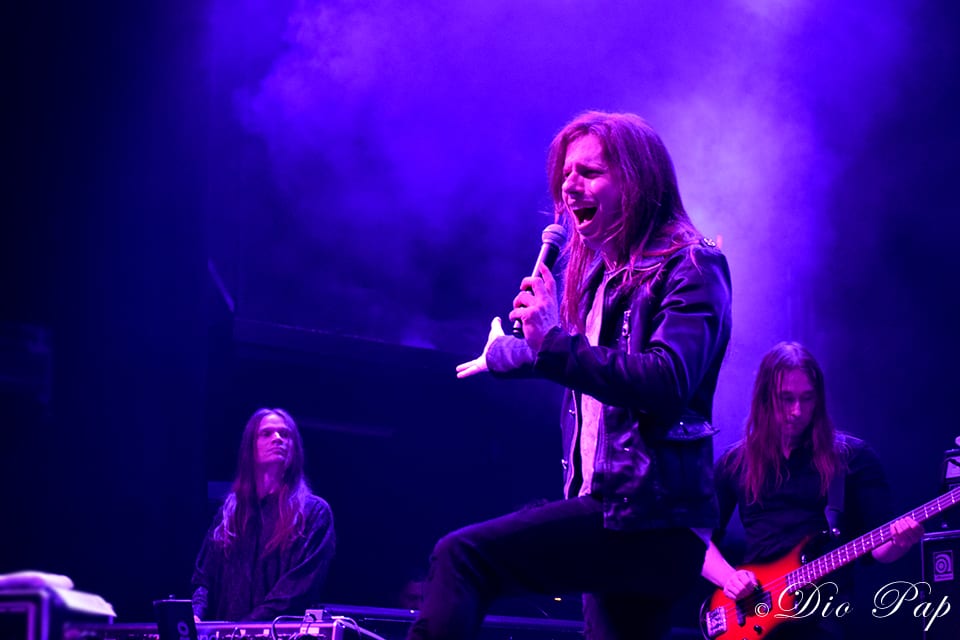 Apparently, due to Timo’s tiredness, someone should preoccupy the audience until he could rest a bit. The one who will bring up the crowd is Alex Landenburg with an impressive technical solo on drums and with the audience’s participation. Immediately afterwards comes the fan and everything is ready for the return of Tolkki. Next “S.O.S” from Destiny was played flawlessly. Personally I would prefer “Destiny” or “Anthem of The World” from the album and not the album’s single. Especially the second song. Those who were in ’99 to “Rhodon” remember what had happened then. Immediately after, a misplaced ballad which unfortunately the singer Livas finds it tonically in the second refrain of the song after the guitar’s solo. Okay it’s not the easiest thing to sing Kiske in a song that is representative of his vocal range (G2-F5 for those who know). Of course it could be replaced by “Season of Change” or “Forever” but because in previous songs we noticed a small difficulty in the playing of Tolkki with the fingers, especially in arpeggios, I would suggest to put the song “4000 Rainy Nights” in the setlist which is just as good. For the end the song that was written with golden letters in the history of the Melodic Power Metal. A small solo introduction by Miko on keyboards and “Black Diamond”. There were a bit of a confusion towards the end of the track due to Timo’s tiredness but the piece left the best impressions. Later we learned that two songs were left out due to Timo’s tiredness, the song “Into The Future” from Revolution Renaissance and concert’s last song, “Hold On To Your Dreams”. 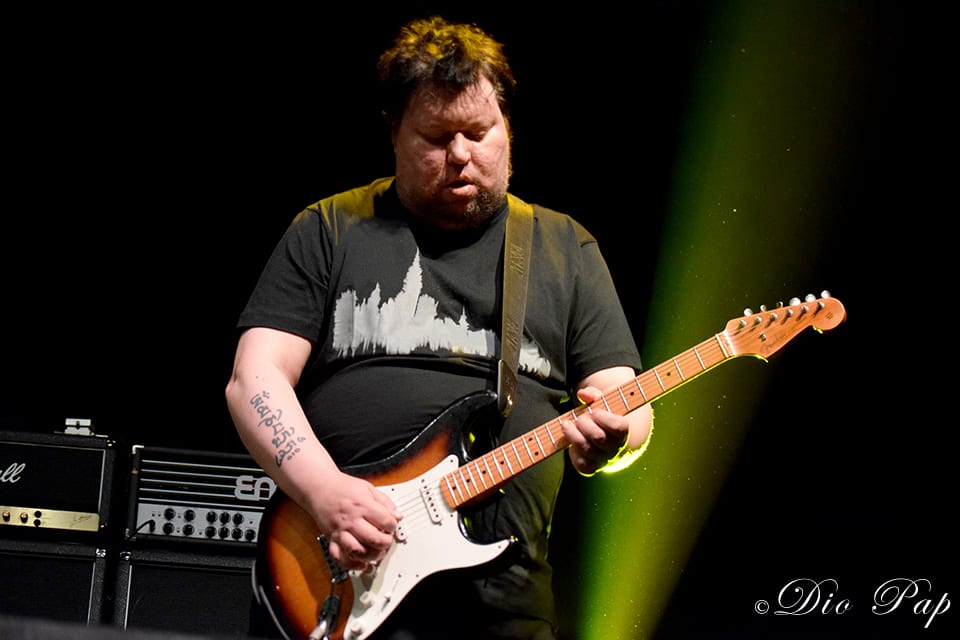 Summing up, Timo Tolkki’s absence from live appearances all these years, as well his physical condition prevented him from coping with a two-hour show. The musicians accompanying him will connect better as time passes and Michael’s first live appearance in a professional level was decent. Particularly enjoyable I’d say, to songs that Τimo Tolkki sings. With a few changes in the setlist and some rehearsals, all will be as it should be, without the need for the presence of members from Stratovarius. Some songs from Stratovarius which were played could be removed. Personally, I expected some songs from Revolution Renaissance and from Timo Tolkki’s Avalon. Something I did not hear and disappointed me. 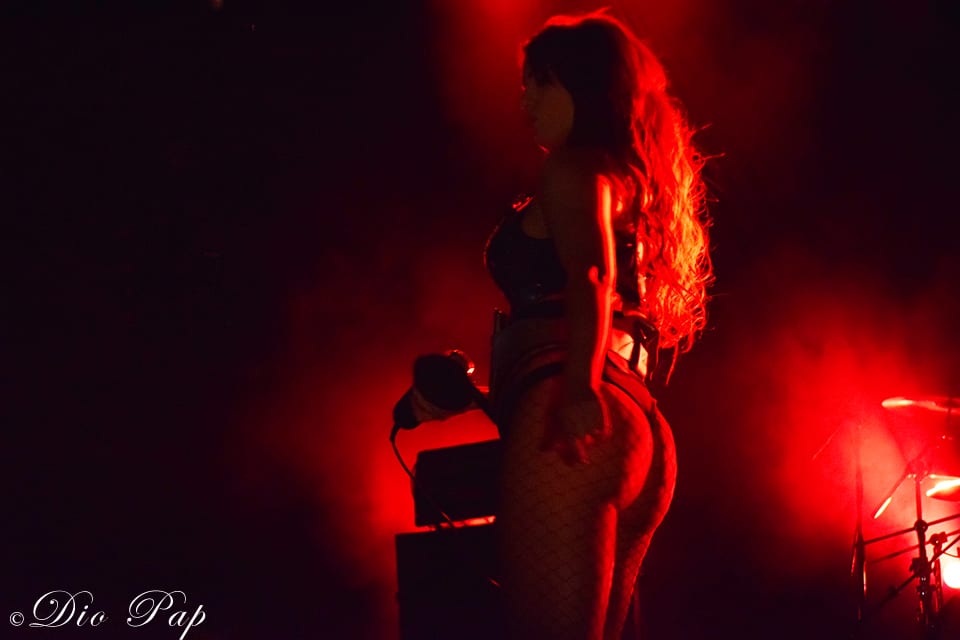