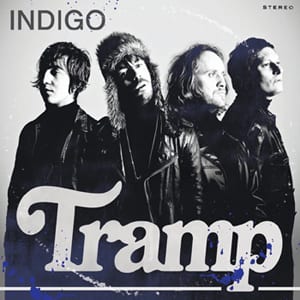 A new band with four… old members. First of all, Tramp are Swedish… Second, they play old-fashioned rock’n’roll… Third, they kick ass!
If you dig the Scandinavian rawk scene, then you will adore Tramp, and you should already had ordered this album. For the rest of you, let’s just say that Tramp combine late ‘60s garage and ‘70s classic rock, filtered through the sound that shone in Scandinavia during the ‘90s, full of American influences, like Social Distortion for instance, and mostly “local” outfits, like the Nomads, Backyard Babies, and the Hellacopters.
Basically, Tramp are a click less heavy than the Hellacopters, and a click more rock’n’roll than Backyard Babies… more the Who, than Rolling Stones sort of thing… and you should add the members’ former bands in the mix, which were Henry Fiat’s Open Sore, the Turpentines, Captain Murphy and the… Hellacopters!
The album is superb, with great songs, and amazing flow that takes you from the beginning to the end, and back to the beginning again. Markus Karlsonn;s vocals bring in mind good’ol Roger Daltrey, and the others’ backing ones will remind you of the Beatles, and the Beach Boys…
Congratulations, and keep up the good work!