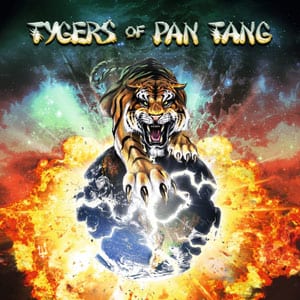 2016 proved to be an important year for many historical N.W.O.B.H.M. bands. Quartz, Grim Reaper and many more marked their return with brand new studio albums, continuing from where 2015 left off and the releases by Holocaust, Tank, Raven, Satan etc. The vigorous and rejuvenated Tygers of Pan Tang filled the picture right before the end of the year. Hiring the Italian Jacopo Meille for the frontman slot in 2004, was a breath of fresh air for the band and that led to two great studio albums in 2008 and 2012. Another 4 years later, the Tygers released the third one with Meille, certifying the great shape the band is in. Continuing in the same style, balancing between melodic heavy metal and hard rock, the new album takes a step further in terms of production. A solid and dynamic sound featuring heavy guitars in full harmony with the style of the compositions. The album oozes freshness and in no case does it expose the 40 years that Weir has under his belt as guitarist and songwriter of the band. If something seems out of place it’s the presence of 3 ballads in a total of 11 tracks that in my opinion intercept the energy and momentum built by the rest of the songs.