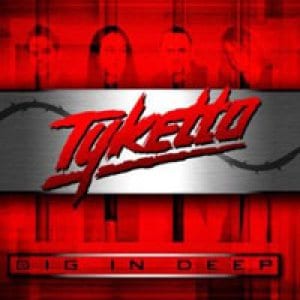 The band that wrote the song ‘’Forever Young ” in the 90 ’s, has reunited with its original line-up and they are introducing  to us their 4th studio album with 11 brand new tracks, after 17 years.
I must confess that I expecting a lot more from Tyketto but I got little! Although the first track on the album, “Faithless”, is a catchy composition and could be a possible hit, the rest of the album does not continue as well.
The album has two more tracks that stand out but there is no way they can make the album stick on you. These are ‘’Love To Love’’ and “Here’s Hopping It Hurts”. All the rest of the CD is songs that someone would prefer to play in a bar next to the sea as background music and at the end of the evening, nobody will understand even if they listened to anything at all!
For a band with the history of the Tyketto, ‘’Dig In Deep” has really nothing to offer. As for a voice like Danny Vaughn’s, it’s a shame to be wasted in songs like that.
Notice:If you belong at the group of dj’s who prefer to play at places like those I mentioned earlier, then I totally suggest “Dig In Deep” in case you are bored of playing the same stuff all the time!