Seven Sisters from England was the first act on Friday, the first day of the festival. A problem that occurred in the last minute forced the band to play as a trio, something that obviously affected its set. The band’s studio moments are more interesting. 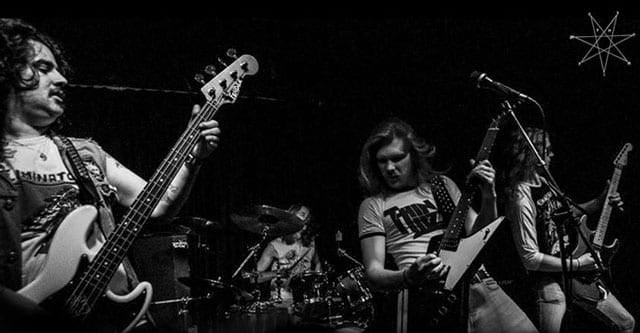 Sacral Rage on the other hand apparently cannot be affected by anything. They stormed the stage with ease, delivering their technical metal flawlessly. The addition of a session bass player didn’t affect the result which on the contrary was enhanced by some stage antics. The cover on Phantasmagoria just confirmed that Annihilator is a major influence. 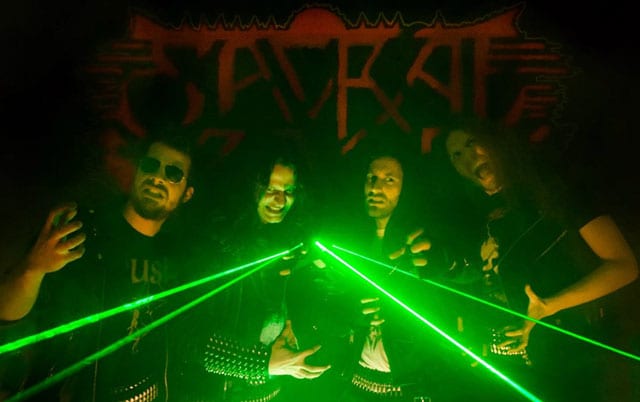 Tempest from Germany, an interesting and unique case of a band, delivered its material in the best way possible. But these exact unique characteristics are what make them a somehow difficult band to attend on a live show. Especially when the Portuguese barbaric invasion from Ironsword lurks. The crowd gathered in volumes since we are talking about one of the most anticipated bands of the festival. And it couldn’t any more Manilla Road-ish than this. Tann and his bandmates presented both old and new cuts with passion filling up for the lack of dexterity. But I still prefer their studio moments that their live performances.

Vardis on the other hand could never impress me with their albums but on stage they transform to a band that entertains the audience in the best way possible regardless of what one might think of their music. Definitely a joyful break prior to the absolute devotion before the sextet of Lethal. And I say sextet because the recent addition of original guitarist Dell Hull resulted in a triple axe attack. A risky undertaking that paid off in full since everything fell perfectly into place. Tom Mallicoat, a true vocal wonder, was once again the star of the day. Truly a frontman like no other. He resides inside his own world and we cannot even begin to imagine how it feels like over there. The fact that the band presented new tunes, makes us a bit optimistic for a new album too. 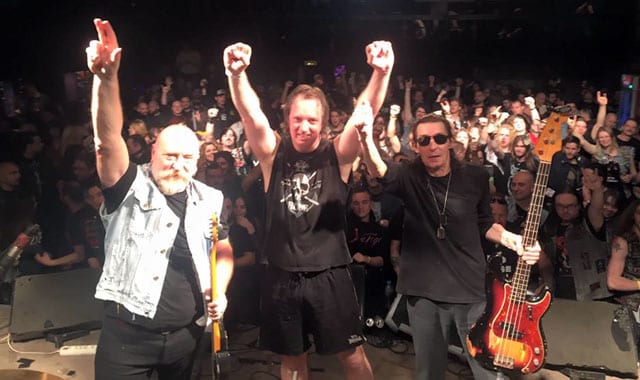 Unfortunately, the landing after the soaring flight alongside Lethal was rude and hurtful. Legendary Virgin Steele, or should I say the great David Defeis alone, managed to disappoint almost everyone attending. What could have been a great live experience, since the setlist and the rest of the band were simply great, was destroyed by an incomprehensible audio effect used by Defeis. An utterly annoying echo/delay that not only did it distort the vocals but also made the words sound after the matching notes played by the rest of the band making even singing along an impossible feat. The disturbing feeling of having bone chilling hymns like Dust from the Burning, Kingdom of the Fearless or I Will Come For You butchered in front of you. This performance was with a heavy heart added to my worst concert moments. A great show ruined by stubbornness. 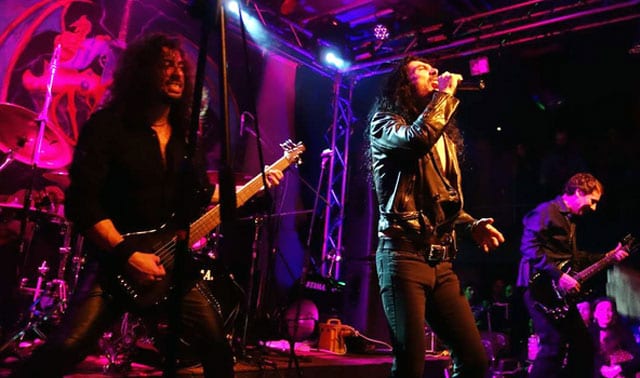 Photos from the bands’ Facebook pages, except from Virgin Steele’s (thanks metalchild)