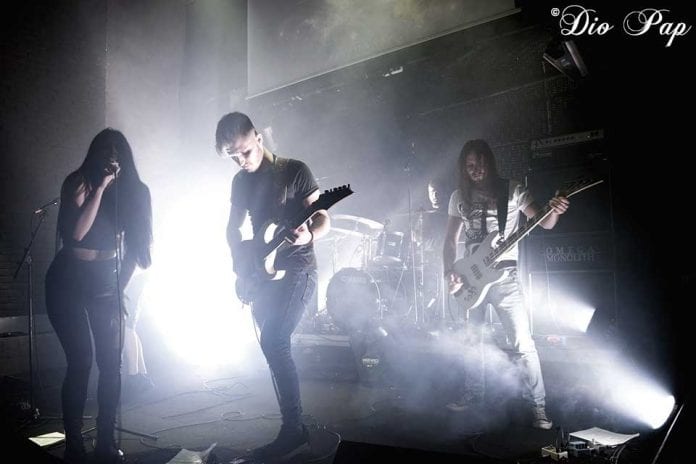 Unfortunately, there was not too many people around for Fall of Order despite the delay of the start of the concert. However, their melodic death metal impressed the few fans in the audience. 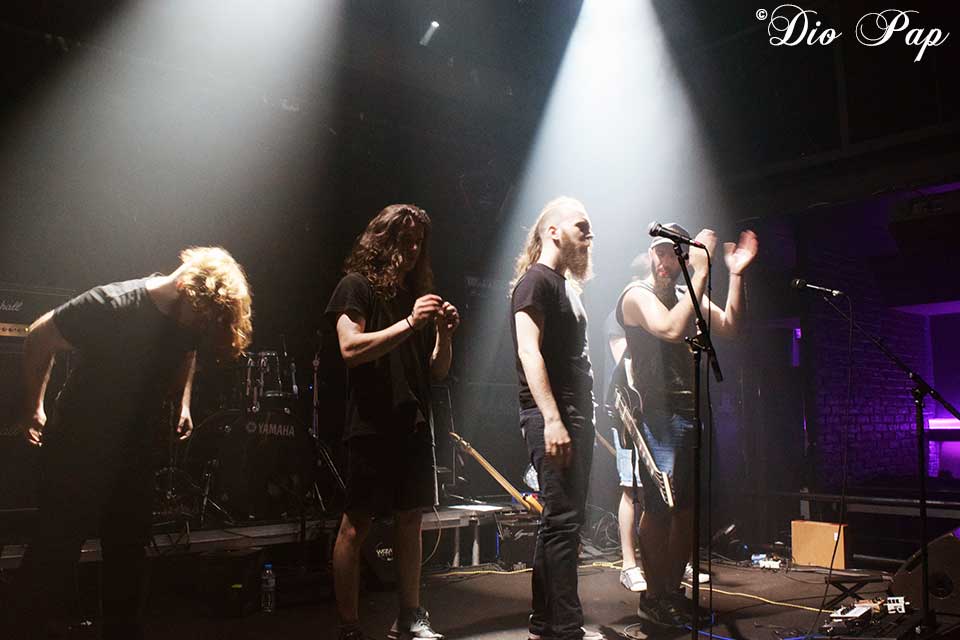 There was a need for three covers to fill the set list since the band has not released an album yet. Their first EP will be released in June and with more live shows, they will certainly sound more experienced and tight as a band.

The second band, Underworld Dreams, featured tracks from their first album “Chaos Eternity”. Clearly more tight as a band, they played a mix of progressive rock and metal. We heard a metal cover of Radiohead’s “Street Spirit”, which didn’t impress me at all. I did enjoy the song “Solidarity” and their short cover at the end of their appearance on Pantera’s “Domination”. It’s not close to their style of music but either way it’s a great song, even if it they played only one minute of it. 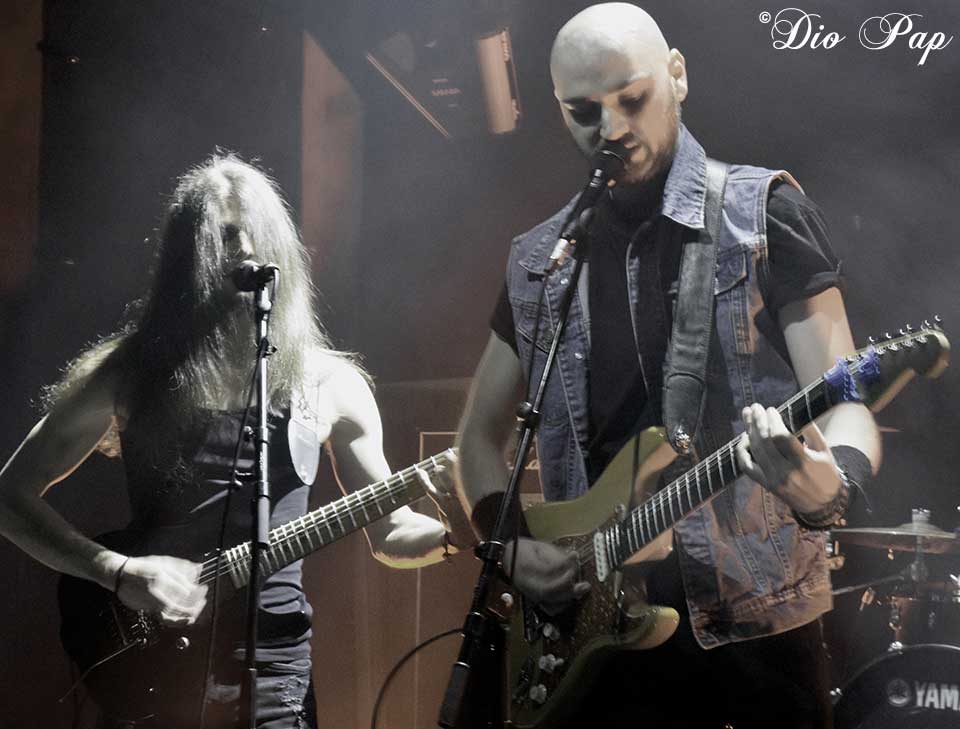 Afterwards, Upon Revival came out to celebrate the first anniversary from the release of their EP “Epiphany”. The show started with a short guitar solo by Michalis Sgouros and the entrance of the other members came with an applause. Upon Revival began with a cover of Disturbed. I didn’t know the song, so I can’t have a clear opinion about it. It’s kind of strange to begin a show with a cover but anyway… The next song was “Blindfold” from “Epiphany” which impressed quite a lot thanks to the charismatic performance of Anastasia Papadopoulou. A loud and sometimes harsh voice that aroused the audience for good made them start singing and set in the mood for having a great time. The passion that Upon Revival delivered on stage is also ideal for winning new audience. Thanks to their strong performance they easily gain applause on each song they played live. A cover of Dream Theater’s “Forsaken” followed which didn’t impress me, although it was a pleasant experience to hear a Dream Theater song from the voice of Anastasia. The covers that were played: “I Get Off” by Halestorm, “Everybody’s Fool” by Evanescence and “What Have You Done” by Within Temptation. Personally, I mostly enjoyed the material from their EP and not the covers. Also, the new untitled track seemed interesting. We’re looking forward for new music by Upon Revival in the near future. One of my favourite songs from EP, “Changes”, was played almost perfectly. “Senses Relapse” was nice, too. I must admit that I was not quite impressed with the first listening of the ballad from their EP. As soon as I heard it live I immediately changed my mind. I think the emotional singing of Anastasia played a part in it. She won everyone’s  applause before even the song was finished. “Erase The Fears” was the last track and right after I went to merchandise to buy their CD. 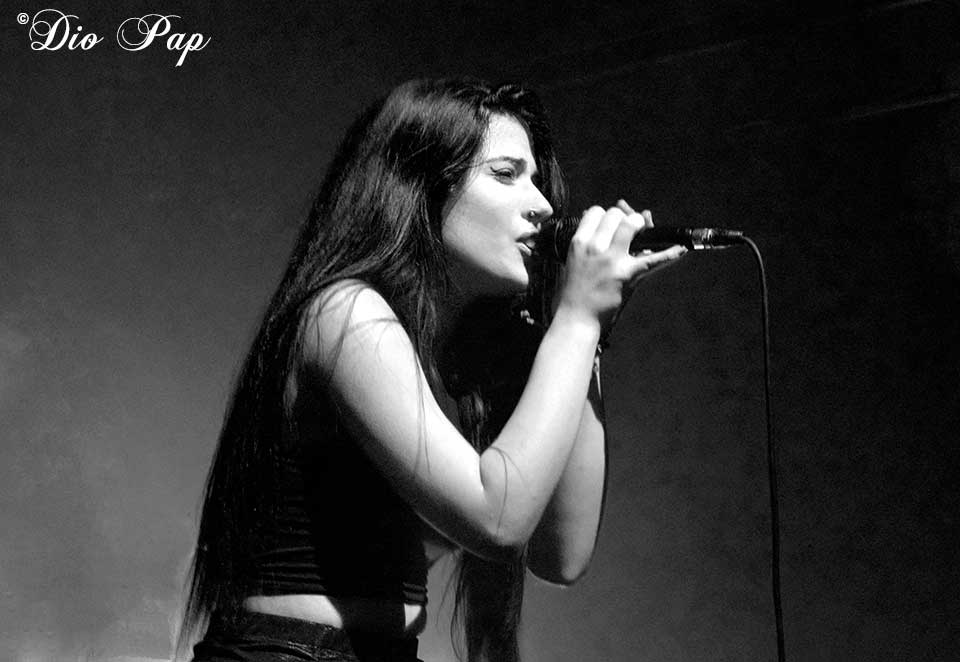 Overall, Upon Revival was pretty good and the EP sounds even better live. I would suggest to watch them live and you’ll understand what I mean. A powerful and technical rhythm section by Yannis Bakkalis and Thodoris Motakis with the guitars of Michalis Sgouros and Babis Papadopoulos leading the overall sound (a little attention to the volume, because from some point onwards it is tiring) along with the impressive voice of Anastasia Papadopoulou had as a result an unforgettable celebration for  the “Epiphany” (EP). I wish to see them the next year with more songs of their own.