Opposite us there is a rock legend, Uriah Heep guitarist, founding member and the only original since the start of the band in the late ‘60s, Mick Box! The emblematic group celebrates its 50th anniversary and Mick talks about this wonderful ride. Cool with a big smile always painted on his face he tells the truth about touring, his regrets, how the British press changed its attitude towards the band, Lee Kerslake and a bunch of other very interesting stuff. Interview: Sakis Nikas Camera: Yiannis Dolas Post Production: One Man Army

Touring
There is a rock’n’roll saying, “hurry up and wait”. And that’s what we do, that’s our life. Yes, it gets arduous and “boring” is a good work… and very tiresome. Because we can travel 7 hours in a car, or a van, or a bus to get somewhere to get to work. The thing is that when you walk on stage.. the audience they generate so much excitement and adrenaline that you can forget all that the minute you play the first note.
-As a founding member of the band, which singer you’d say that captured the vision that you had for Heep better?
I think probably it was David, because David and I were in bands way before Heep. In fact, our band Spice became Heep, so I think me and David had the vision of where we wanted to take it and how we wanted to sound. And the avenues of genres that we wanted to play. On every Heep album there is a bit of rock, a bit of prog, a bit of blues, a bit of acoustic stuff, a bit of jazz… We never wanted to be one dimensional. And David had the same vision with me at that time when we wrote all those songs together.

Are there any things you regret throughout those 50 years?

I think the only regrets that I have is that we lost a people along the way through drugs and drink. And that’s very sad. If the management had paid more attention to the well-being of the artist, rather the well-being of the money, I think we would have probably some of those people with us today. Because, we work so hard you know. Two albums a year is a tough call. 9 months on the road is a tough call. You do that for five years and people are going to weaken and need to take something to get through. And I think that’s where we were wrong really.

Lee Kerslake received his golden discs from Ozzy after all those years. How did that make you feel?

I thought it was fantastic. It would have been even nicer if they had followed it with a check, but never mind. It wouldn’t have hurt them to do that, it’s a shame really. I talk to Lee all the time, he is in a space now where he’s done that, he got those albums, the recognitions that he wants. He says he’d put them on his bedroom wall so he looks at them when he goes to sleep and he can look at them in the morning when he wakes up. If he is happy with that it’s fine. But, in all fairness, it wouldn’t have hurt them if they had paid him some money. Money that’s owed to him.

It’s getting better. Because, we’ve invested more time in England, but there was a time when we were doing 9-month tours on the road and we’d come back to England and you didn’t think that you were working in the territory and go play music. You came home to be with your families or just rest. So, we kind of left England alone. England was a very fickle country in terms of music. The pop charts could have some guy saying “shut up” to your face, or some guy singing some sad song about his dad… it’s very diverse you know. It wasn’t a place for us. England had to be the shop window for Europe in terms of music. Therefore it was always changing. There was no loyalty to anything for more than a couple of years. We didn’t really fit in there.

Do you see another Uriah Heep in the future?

That’s very hard, because you can’t see that far in the future. If you’d told me 30 years ago what you could do with a phone I’d tell you “you’re mad”, but you can do all these things. I mean it’s very hard to look that far in the future. Our music stood the test of time for 50 years, so why would it not last for another 50 years? I think what’s happening at the moment is that a lot of things are going round in a full circle. You’ve got Rival Sons who had taken it round and round. You’ve got the what is it? The Van Grip brothers? (he means Greta Van Fleet) whatever they are called they’ve gone round in the circle and it’s all coming back to that again. So, people go back to honest rock music with good songs and that’s sort of what it is. In every genre of music whether it’s punk, rock, metal, new wave… the bands that survived are those with good songs.

Can you pick a Uriah Heep album as defining for each decade of your carrer?

It would be very very difficult to do that. I think the first three were great. And then you got “Demons & Wizards” and that was great. And then we were finding our feet… We had markers, like “Demons & Wizards” was a marker, because the world was our stage. But, “Demons & Wizards” would never had happened without the first three. They all played their part on the growth. And then, probably “Abominog” was big for us. Because, it went to the top40 in America and it was amazing… “Sea Of Light” was a good one for us because the fans though we were back. We’ve never been away… but we were back. Then, “Living The Dream” was one because it’s the statement of where we are today. I don’t know how many are these… 4 or 5? I might have done 8!

Do you see the end of the road? The day Uriah Heep will retire?

I don’t know. I think that with this band as it stands there is creativity going on so much. We don’t want to put these road blocks up. We are looking at the new album, our 50th anniversary, we are looking at everything in the future… 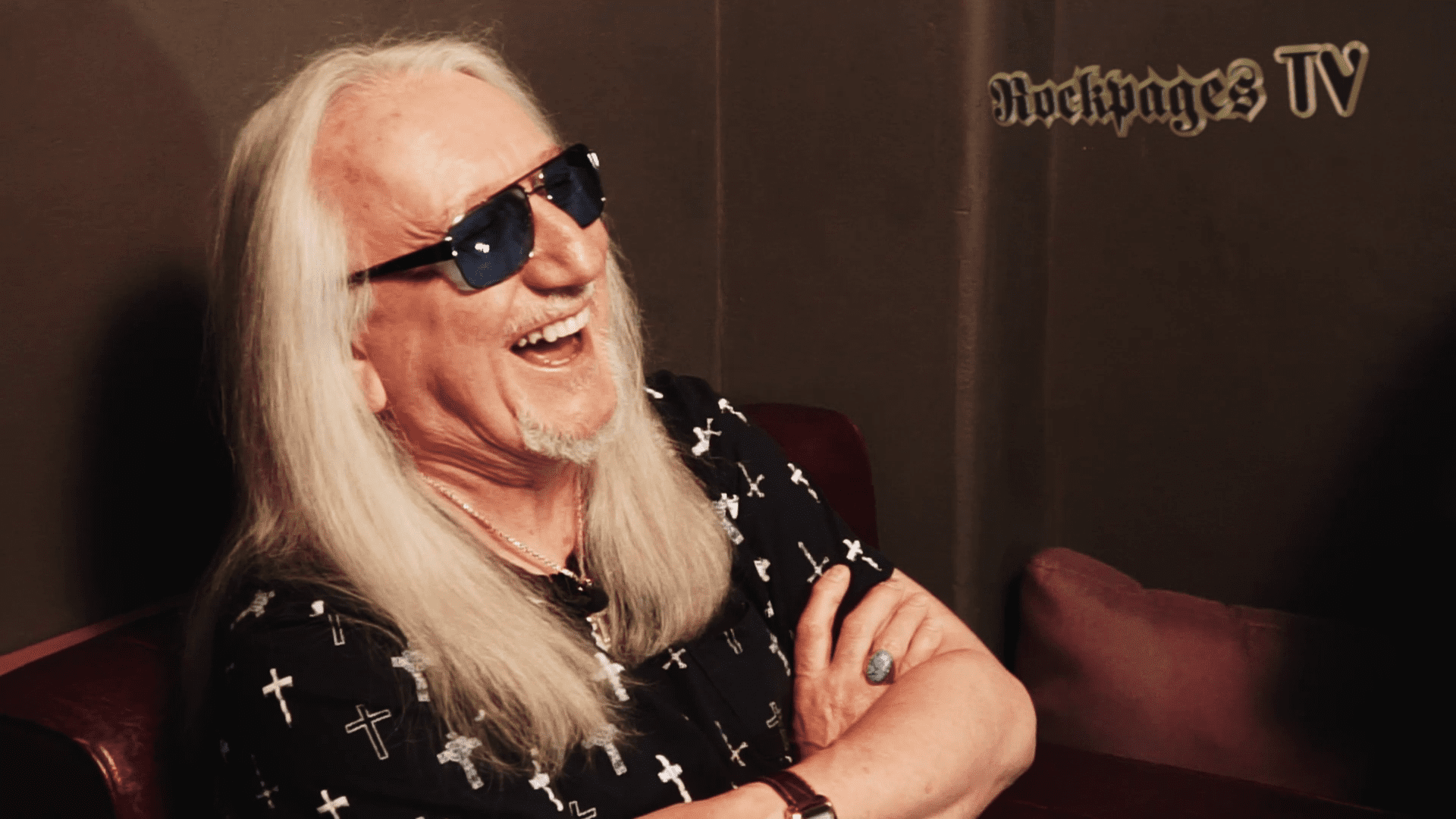