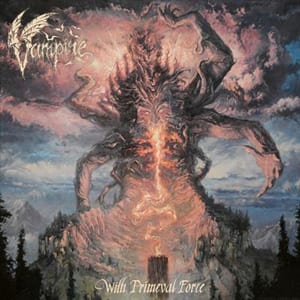 A relatively new band the Swedes, who are releasing their second record. The difference from the self-titled debut can be seen from the beginning, because this album was good but they needed something else in order to distinguish themselves among other bands of the same kind. They had to harness their influences in order to produce a more personal sound and they seem to achieve that here. Something that started from “Cimmerian Shade” EP a couple of years ago.

In their music you will listen to a lot of stuff, that are placed in a way to make you think that this album was released somewhere in the end of the 80s. The riffs remind even of speed metal, the vocals and the atmosphere are balanced between death and black while they experiment with sounds that bring in mind classic heavy like in “Midnight Trial”, “Initiation Rite” and “Revenants”, with the last one being the most different track in the album.

Even if it was recorded in a ten-day period, this album shows a band that is very sure and confident of what they are doing. A solid step ahead and if they continue like that, their name will be heard a lot more in the future. They also have one of the coolest logos ever (irrelevant, but I wanted to say it).