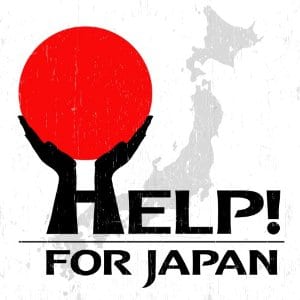 Rock and metal community’s sensibility are proven to be huge whenever there is something bad going on. Just to mention a few cases, there was Dio’s project Hear’n’Aid, and Rock Aid Armenia that joined under a noble cause some of our favorite music’s biggest stars in the same studio.
This time it’s Japan’s turn, a year after the devastating earthquake that caused tragedy to the country and to its people. So, with the initiative taken from singer Tommy Heart (Soul Doctor, Fair Warning), some of European’s biggest stars got together to record “Help”, the famous Beatles song. The song is featured on this EP four times: on its normal version featuring 14 vocalists, one with only Tommy Heart singing, one instrumental, and an extended one with extra guitar solos.
The basic band is consisted of Don Airey on keyboards, Neil Murray on bass, Leo Leoni on guitar, and Hena Habegger on drums, the last two from Gotthard, and the first two from loads of different bands, and projects!
The vocalists are: Tobias Sammet (Edguy, Avantasia), Bob Catley (Magnum), Andi Deris (Helloween), Torstein Flakne (Stage Dolls), Marc Storace (Krokus), David Readman (Pink Cream 69), Claus Lessmann (Bonfire), Oliver Hartmann (Hartmann), Ralf Scheepers (Primal Fear), Bernhard Weiss (Axxis), Michael Kiske (Unisonic), Tony Mills (TNT), Carsten Lizard Schulz (Evidence One) and of course (Soul Doctor, Fair Warning).
And on guitars the project features: : Cede Dupont (Downspirit), Kyoji Yamamoto (BowWow), Helge Engelke (Fair Warning), Roland Grapow (Masterplan), Leo Leoni (Gotthard), Henny Wolter (Nitrogods), and Robert R. Rodrigo (Airless).
In situations like that there is no room for criticism, just enormous respect to the artists that put their talent and creativity under such a noble cause, since all the proceedings from sales will be donated to the Japanese Red Cross.