A concert in Athens on a hot Tuesday night during August. What would be the chances for adequate attendance? A few I guess. And that is why what eventually happened is a great feat pointing to the great condition of all three bands and the ascending course they are carving with their own means and talent. 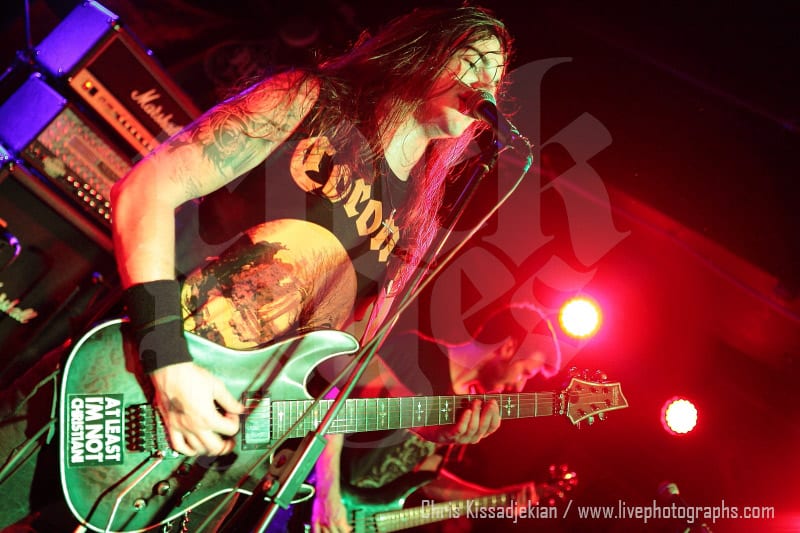 When Rapture kick off at 20:00 sharp (they kept to the timetable, unusual for a Greek concert) with 200 metalheads present, Sacral Rage raise them to 350 and Vektor captivate more than 400 from the first to the last minute, I wonder what would happen if the concert was scheduled for September when all the fans would have returned from the summer vacations. 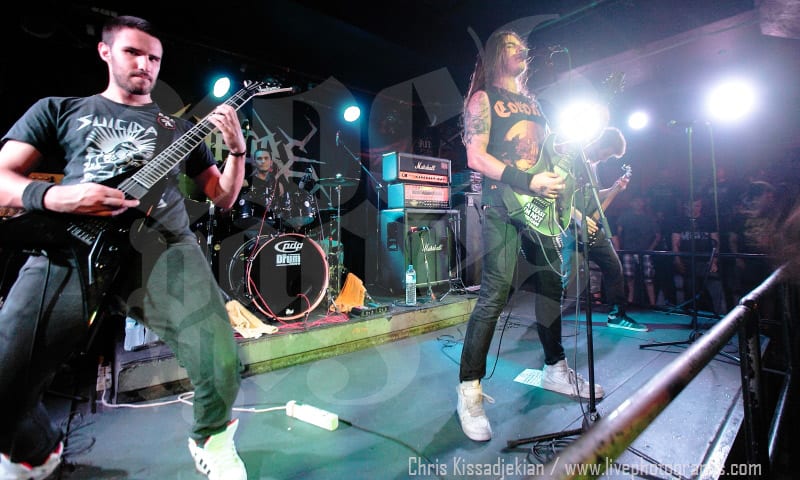 The drive and the technical adequacy of the Rapture guys was balanced by the horrible sound that threatened our eardrums with irreparable penetration. And it is a pity when what you are witnessing on stage does not match what you actually hear (or don’t hear…).  Thank god the real potential of the band has been manifested through other live performances but it’s unfair for them to not being able to take the most out of this experience, opening for bands totally into their own style and the sound they represent. 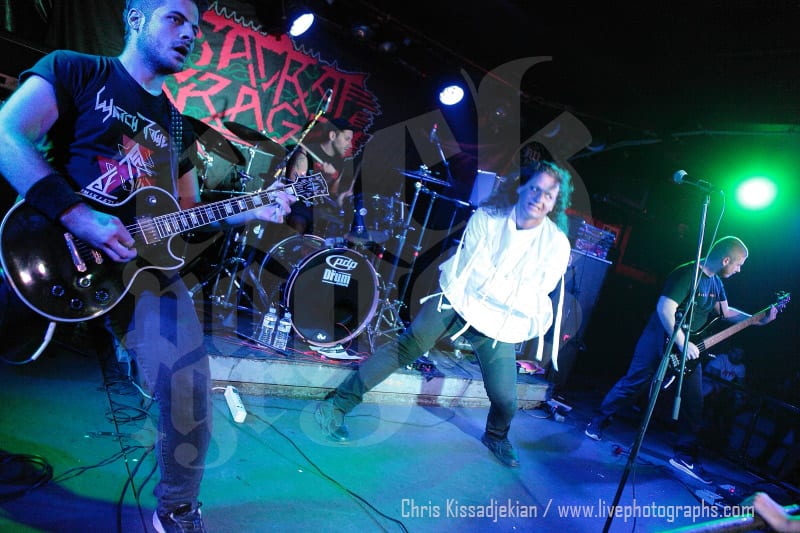 On the contrary Sacral Rage scattered the clouds that gathered over Rapture and tamed that sound of the club. Their diligence is phenomenal since they get the best out of any circumstance. Literally from the beach to the stage, ready for sport excellence just like Denmark and the 1992 European championship. The good sound (which could be better if there was more bass in the mix) contributed in a very warm welcome. The audience can fully relate to the songs but I think the time has come for some additions and changes to the setlist. 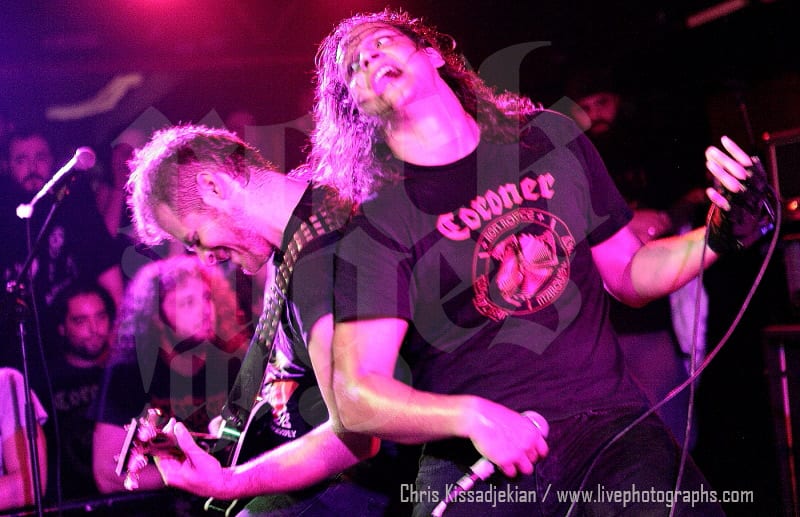 So this was definitely an ideal warm up for the headliners of the evening. The clouds and the concerns for the sound quality gathered once more since Charging the Void and Cygnus Terminal were sacrificed on the altar of mixing experimentations which eventually led to a good result that escorted the rest of the concert. Once I had shaken off the sound induced anxiety I was free to observe this great band without further distractions. Davis DiSanto might be the center of attention but one could easily say without any exaggerations that the pacemaker of the Vektor heart is Blake Anderson, responsible for its irregular but life-giving heartbeats. A tireless machine of ultimate precision. The quartet channeled loads of tension towards the magnified audience which was more devoted than eager to participate. Not a negative thing though given the special nature of the Vektor music. Almost 110 minutes later, the smiles on the faces of both musicians and attendants was the testament of a liberating experience. 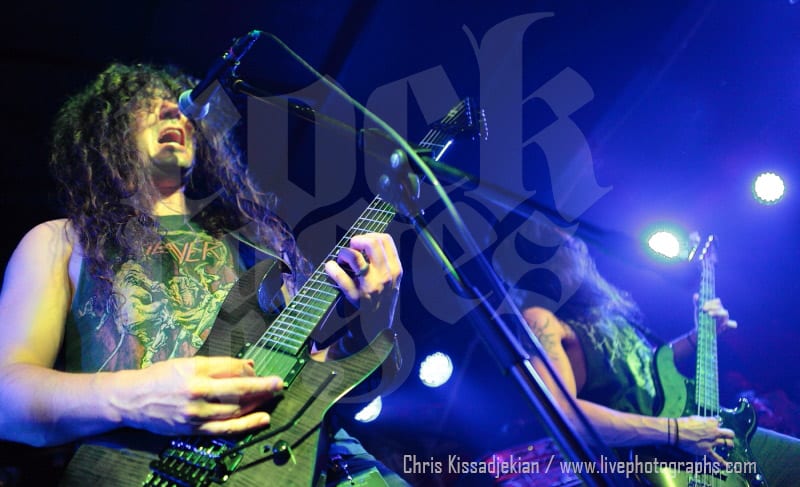 In a rapidly changing metal universe which assumes the role of Cronos and devours its children, Vektor seem to have managed to solve the equation that leads to survival and growth. Time will eventually tell if the band will be able to shake of the curse of post mortem recognition, a fate that plagued all of its musical fathers. 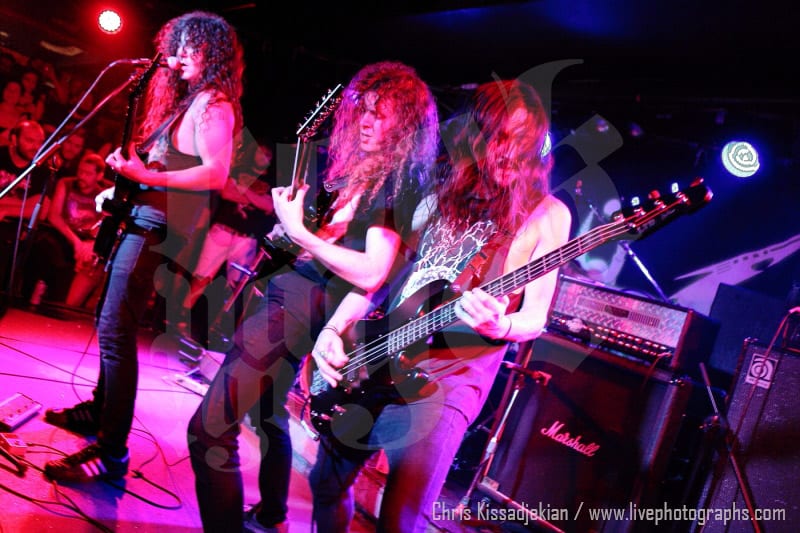