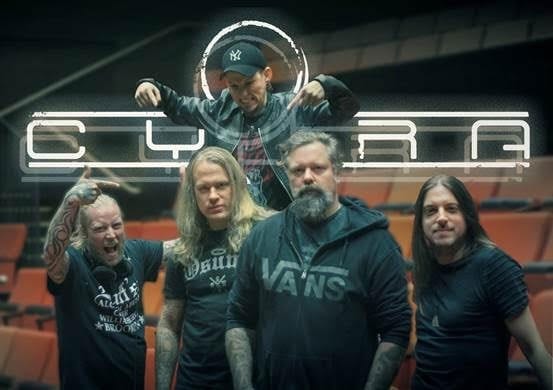 Cyhra, a new band featuring ex-Amaranthe singer Jake E., ex-In Flames guitarist Jesper Strömblad, ex-In Flames bassist Peter Iwers and ex-Annihilator drummer Alex Landenburg, have wrapped up the video for ‘Karma’ – lead track from their forthcoming debut album, ‘Letters To Myself’. Additionally, they have added a fifth member to the band; guitarist, Euge Valovirta… “We’re thrilled to inform that Finnish guitarist Euge Valovirta (e.g. ex-Shining [SWE]) will be joining Cyhra as our fifth member! Euge has already contributed to our forthcoming new album ‘Letters To Myself’ by playing lead guitars, and he’ll be shredding with us live as well. During rehearsals it became obvious that we would need two guitars to reproduce the songs in a live setting so we decided to ask our good friend and amazing guitarist Euge Valovirta to join Cyhra. Euge had already done a killer job on the album and we can’t wait to share the stages of the world with him”. – Jake, Jesper, Peter & Alex. Cyhra plan to tour globally in support of their Spinefarm debut, with their first show scheduled for October 27th 2017 at Nosturi in Helsinki, Finland.