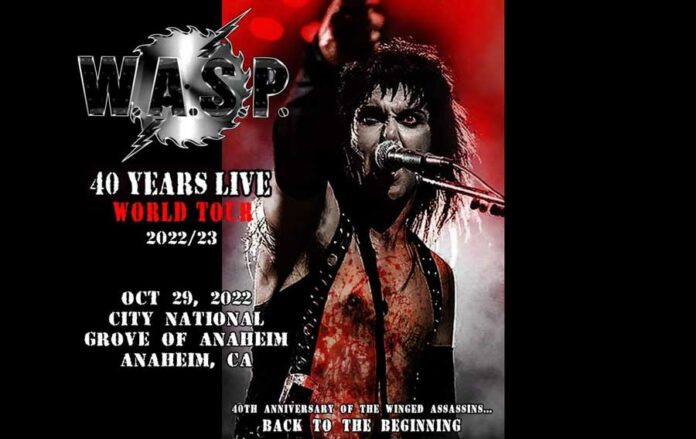 The song is played on the second encore, as a medley with “The Real Me”, originally by The Who.

Note that Blackie Lawless, who is a “born again Christian” said more than 10 years ago that he wasn’t going to play that song live again, because it was against his faith and religious beliefs. However, a couple of months ago he revealed during some interviews that he was thinking about putting the song back in the band’s live set list again.

Below, you can watch the video from the band’s first show of “40 Years Live World Tour”, which kicked off  last Friday, October 28th, at Las Vegas’ House Of Blues.

Here’s the full setlist: “On Your Knees / The Flame / The Torture Never Stops / Inside The Electric Circus”, “Crazy”, “L.O.V.E. Machine”, “Wild Child”, “Heaven’s Hung in Black”, “Arena of Pleasure”, “The Idol”, “The Great Misconceptions of Me”