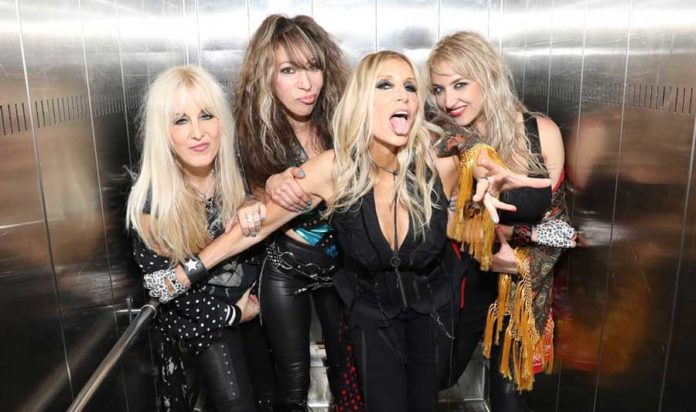 According to Vixen’s (ex-Femme Fatale) singer, Lorraine Lewis, the band is working on new material for a studio album.

“Britt (Lightning, guitar) and I write together through Zoom as often as possible — a few times a week,” she said (see video below). “We’ve got some really good stuff going on. We’ve all been in the studio together when we were on tour last year; we did a lot of writing together. And so we have lots of songs that we’re putting lyrics to. And we’re working with Fred Coury from Cinderella.

“I put a lead vocal on ‘You Oughta Know [By Now]’, the Vixen [cover of Ray Kennedy’s] song, and I went in the studio with him and Britt, [and I] did that. I put my vocal on ‘Edge Of A Broken Heart’ and ‘Rev It Up’. And so we’ve got three songs that my voice is on the original recordings of that,” she continued.

(…) “It’s always going to sound like Vixen as far as harmonies — [which is] really important to us — but really fresh. Lots of messages, lots of what our journey has been as individual women. And we’re all just kind of putting our horses together, and I’m really excited. I’m just stoked to be in the studio again”, said Lewis about the style of the new album.