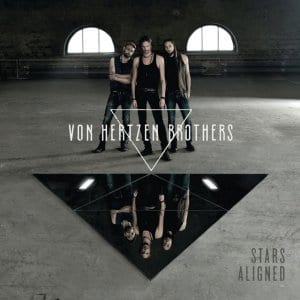 Finnish band Von Hertzen Brothers (although the words “Von Hertzen” are German and mean “From the heart”) have created a spacey Prog situation over the past ten years and there’s a lot of people respecting them for what they’ve done so far. In 2006 they managed to get a Finnish Grammy (Emma, as they call it) award for best Rock album of the year. Now they’ve released their fourth album and it’s debuted at No 1 over the Finnish national charts!

So what’s their recipe? What is the thing which makes the difference for these lovely Suomi fellas? Well, picture this… A totally Floyd phase (“Bring out the snakes” could be the liaison), featuring tons of lyricism and catchy choruses; like Supertramp play ball with King Crimson or something of the sort… The three brothers sharing voices have taken care of our ears and made sure we fall in love with their vocals and songs. Listen to “Gloria” or “Voices in our heads” and you will understand. Voices combine and come closer, bind and get acquainted, creating a rather attractive result. As for the musical parts, there are some folk spots here and there (Always been right), which give a different tone to the album.
As I read, they are really popular in their country and they’re also growing in the neighbouring lands.
These guys are totally Seventies. Totally Seventies… And they can apply directly to our hearts. I guess it’s in the name after all…