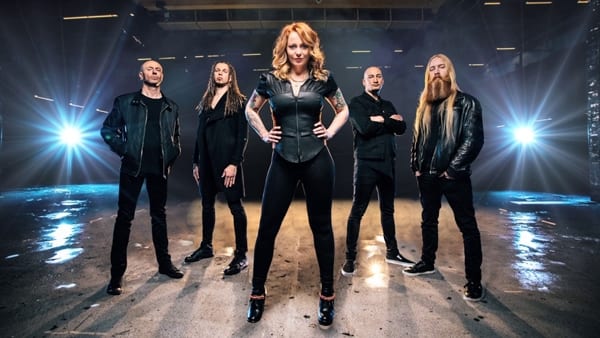 Vuur, the band featuring singer Anneke Van Giersbergen will release its debut, “In This Moment We Are Free – Cities”, on October 20th via InsideOut Records. The album wsa produced by ο Joost Van Den Broek, who also contributed in the song writing along with Mark Holcomb (Periphery), Esa Holopainen (Amorphis), Daniel Cardoso (Anathema) and the band’s two guitarists Jord Otto (My Propane, ex-Revamp) and Ferry Duijsens. There is a concept in the album which according to Anneke is life in big cities and freedom. “The lyrical themes of this album revolve around cities and freedom”, says the singer. “Exposure to big cities can be overwhelming and you can feel engulfed by everything around you. At the same time it’s easy to be a stranger in a big city and for me that brings out a feeling of freedom as well. This past year I’ve thought a lot about the virtues of rural versus urban life, since me and my family are moving back to the city. It’s very exciting, but at the same time I know that sense of urban solitude from past experiences. The cover artwork represents this duality.”