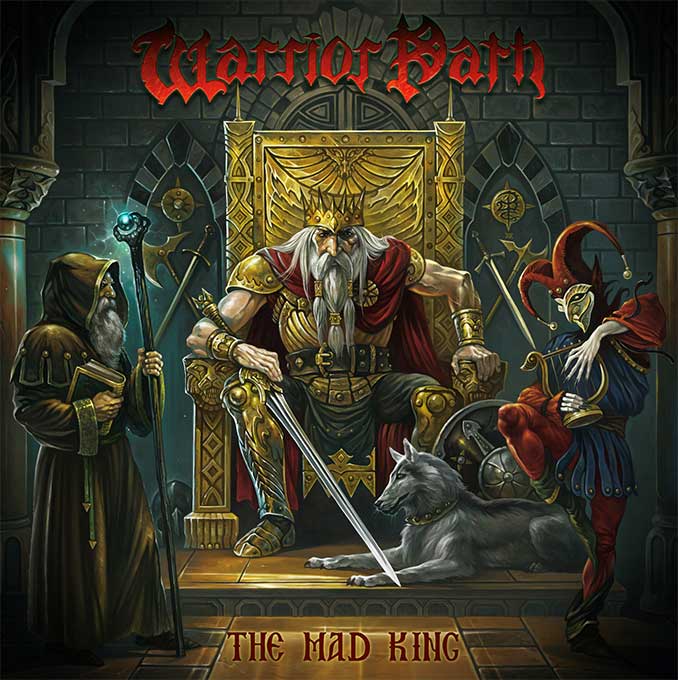 PRESS RELEASE: WARRIOR PATH presents the lyric video of the “Beast Of Hate”. Song is included in the upcoming album of the band “The Mad King”. Album will be released on Marsch 21st,2021 by Symmetric Records.

Two years have passed since the self-titled debut of Warrior Path that hit the world’s Underground Metal scene like the Hammer of Thor, getting everything from raving reviews to scoring the highest ranks on various “Album Of The Year” lists.

Continuing their journey, main-man and songwriter Andreas Sinanoglou and musician/producer Bob Katsionis (Firewind/Outloud/Serious Black) along with drummer Dave Rundle, are coming back with another epic tale, the tale of “The Mad King”.

This time they are joined by one of the most legendary singers in the history of Power Metal, Swedish vocal phenomenon Daniel Heiman (Lost Horizon) taking the torch from Yannis Papadopoulos (Beast In Black).

“The Mad King” will be released in deluxe digipak CD via Symmetric Records and in Gatefold Vinyl by Ikaros Records, along with a Special Box-Set bundle.
The album will also be licensed to the following territories:
-North America by Stormspell Records
-South/Latin America by Urubuz Records
-Japan by Rubicon