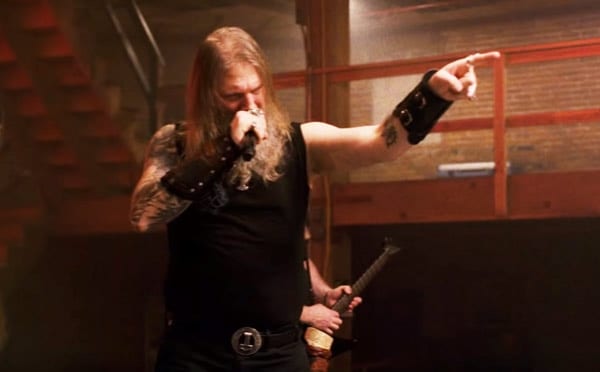 The Swedes released a new video for the song “Raven’s Fight” from their upcoming album “Berserker”, which will be released on May 3rd through Metal Blade Records. Legendary Canadian WWE wrestler plays on the video. Talking about the album Johan Hegg said:”For me, this is Amon Amarth 2.0. I think what we’ve done here is give ourselves the space to explore other parts of our musicality and who we are as a band. If you’re content with where you’re at, what’s the point of continuing? We always want to come up with new ideas and find new ways of doing things and to create bigger and better shows and really try to improve every aspect of what the band is.vWe want to try to keep growing and to do this for as long as we have the possibility to do so, because this is the best fucking job in the world.”

“Berserker” will be released on digipak CD and as a deluxe box set containing the CD, a 12 x 12 shield and patch. In addition a number of limited edition coloured vinyl pressings will be made available through Amon Amarth’s official website.