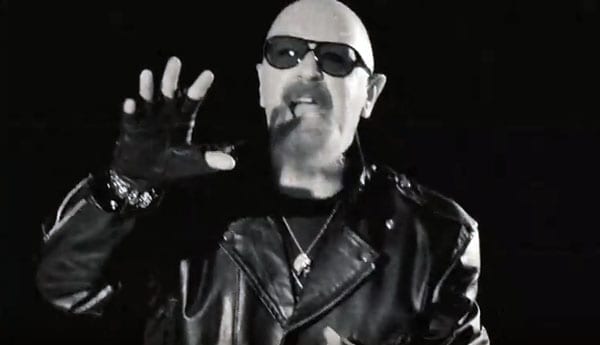 Judas Priest released a video for the song “Spectre” from their new album, “Firepower”, which will be out today, March 9th. In a recent interview, two weeks after the news that Glenn Tipton will not play live with the band due to his Parkinson’s diagnosis and KK Downing’s comments that implied that the iconic guitarist didn’t play on “Firepower”, Richie Faulkner said: “I don’t think that should even be a question in anyone’s mind. I don’t think Glenn Tipton and Judas Priest would ever do anything to undermine the integrity of what they’ve done for the past 50 years or what the fans have given to them for the past 50 years. So, in short, Glenn Tipton played all these parts on this record. That’s kind of the last word in it, you know what I mean? Not that it’s my word, but that’s the answer and that’s the truth. I know Ken insinuated that [Sneap played guitar on the album], and he’s kind of backtracked just a bit and said that that’s not what he meant, but we all knew what the insinuation was. To be honest with you, it’s all a storm in a teacup. I think the main thing here is that… we’ve got a great album ready to be released, and that’s what we’re focused on. And Glenn was a thousand percent of that, like he always has been.”