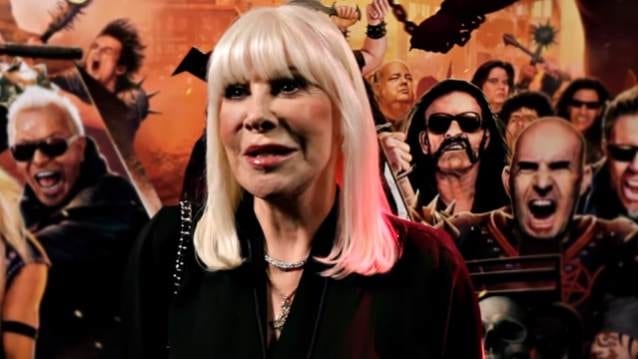 Wendy Dio says that the people that criticize the Ronnie James Dio hologram should at least see it in person before voicing their disapproval.
During an appearance on the April 29 edition of “Whiplash”, the KLOS radio show hosted by Full Metal Jackie, Ronnie’s widow, who is a member of the Eyellusion team, said that a holographic version of Dio makes perfect sense.
“I think that Ronnie was an innovator of heavy metal music, so why not be an innovator of technology?” she said. “And I think technology is coming a long way with holograms — a lot of people are doing it now. And I think the reason is because we are losing all of our innovators; everybody is getting older. And we need to keep them alive and keep their memory and their music alive. I think it’s a new way. It’s like when people first came out with a CD or a cassette: ‘Ooh, we don’t want that.’ But then it was the way of technology.”