When I was a young boy (isn’t that the intro of a Cinderella song…?), I remember that my brother used to hang out at the Exarheia Square for a cup of coffee and then to the Ombre Club for a couple of beers. These were rock joints; a…terra incognita for the masses back in the 80s.

These were places strictly for rock guys (and girls) where the rock ideology with the heated conversations about music and sports went hand in hand. 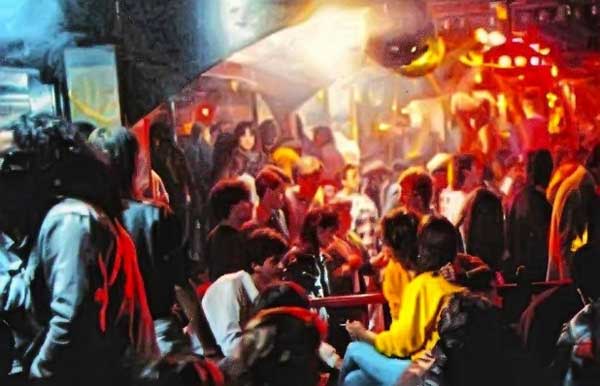 As I was growing up and started making my first acquaintance with the sinful hard rock and heavy metal (after I bought such classic albums as “Somewhere in Time”, “Pyromania”, “Fighting The World” etc), I found my way to Exarheia Square, too. There was still a rock odor in the air and the aforementioned Square remained a secluded area for a handful of…rock chosen ones. At the same time, in Piraeus (not only in the center of the city but in the suburbs as well), in Halandri, in Korydallos and many other suburban areas of Athens there were many rock clubs and joints where you had the chance (and luxury at the time) to get a first taste of the most recent rock releases (although, by the time you got to listen to them there were not so recent…but that didn’t matter at all). You got to meet, there, various cool people and argue constantly with them over serious issues (like for instance the extensive usage of keyboards in the latest Maiden record or Scorpions’ decision to move in a more commercial direction etc.). It was at those same rock clubs that you saw the first concerts of the aspiring bands and all in all you couldn’t help but sensing a reckless and innocent feeling that was evident, actually, in the society in general. Having said that, the violence and the drug abuse were at an all-time high but if you were smart you wouldn’t have the slightest problem with that issue.

Seasons have changed and I honestly wonder if there are still out there those rock areas. Yes, one can find pretty easily some cool rock clubs but in regards with rock areas, suburbs…I am not quite sure about it. I am not saying that this is necessarily a bad thing or something…I am just pointing down the obvious. This is an era of apathy that instead of giving way to free thought and civil action produces a motionless youth that prefers to be glued in front of a computer and make contacts via facebook. YouTube and illegal downloading have erased all physical products (related to music) and the rock places have been replaced by glamorous areas infested with some so called rock guys. I sometimes wonder if those rich kids with their luxurious BMW are more…rock than those guys that dressed up like macho rock dudes but they don’t anything about the pure rock style. At least, those rich kids are authentic in their way of thinking and let’s not forget that the rock attitude is an authentic deal; it deals with authentic people!

Photos: Ombre from ο-kloun.com, and Victoria from Victoria Rock Club Nikaia on Facebook 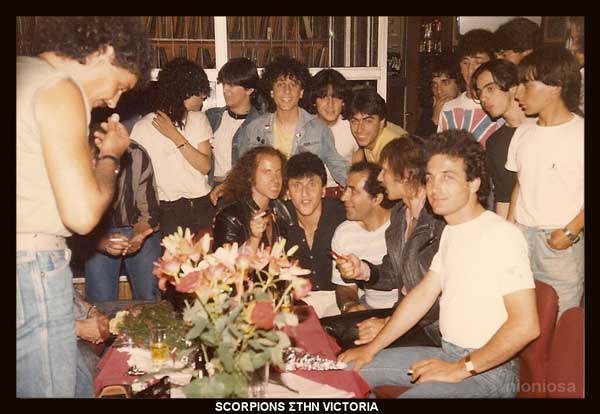