Marc Steven Bell started up with hard rockers Dust in 1971 with whom he recorded two albums and I am sure you’ve heard “Pull Away/So Many Times” somewhere. Later punk took over and he came close to become New York Dolls’ drummer, but the band picked Jerry Nolan. He ended up in Richard Hell & The Voidoids and recorded the legendary “Blank Generation” that was released in 1977. In 1978 Ramones approached him… 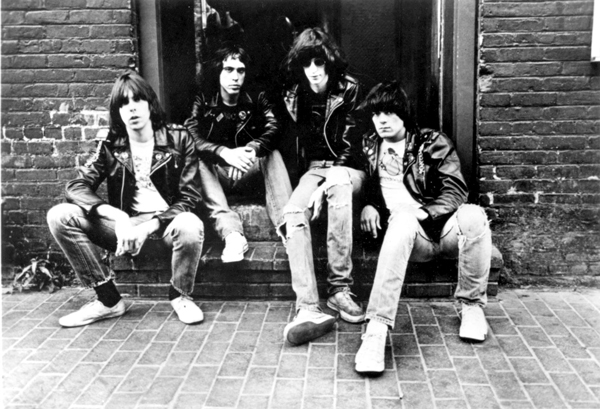 “Dee Dee said the band was having trouble with Tommy, their drummer, and I was actually a little upset to hear that. I didn’t want the original lineup of the Ramones to break up. I was a fan. But I didn’t put much stock in what Dee Dee said. He was a nut and known to exaggerate.

It takes a nut to be involved with two psychotic women at once. About a year before, he was living in an apartment with Connie, a violent stalker, prostitute, and drug addict. Dee Dee was also having a fling with Nancy Spungen, the schizophrenic girlfriend of Sex Pistols bassist Sid Vicious. When she came home to find Dee Dee in bed with Nancy, Connie grabbed an empty beer bottle, smashed it, and stabbed Dee Dee in the ass with the jagged edge.

But, when Johnny Ramone asked to meet with me about joining the band, the whole proposition turned real. I arrived at Max’s with Marion, and we took seats across from John and Roxy in a booth up front. I was impressed with John. He seemed to have a handle on the Ramones’ business matters and a vision of how to get the band through this difficult transition. Joey wasn’t exactly up to it, and Dee Dee would have sent the whole thing into the toilet.
John laid down some rules. Maybe they were more like guidelines. 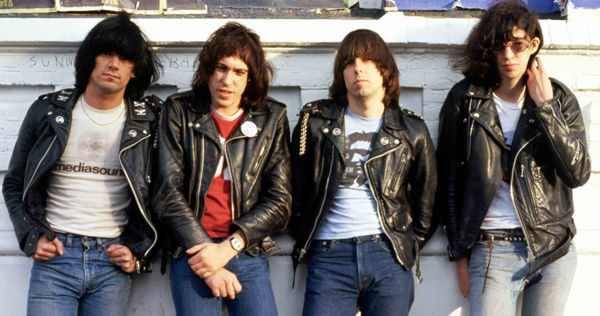 Whatever they were, the Ramones didn’t get high before playing. Me neither. Dress on and off the stage was leather jackets, jeans, and sneakers. I was already wearing all that and had been forever. Dee Dee always counts off the songs. Definitely. I know. We don’t go away on tour for more than a month. Sounds good. We travel together, and girlfriends are welcome. Marion can come. Thanks.

(…)When I walked into Performance Studios on East Twentieth Street in Manhattan and sat down, Tommy was sitting at a drum set behind the set I would be using. It was an unusual way to run an audition, a show, or anything musical unless maybe you were in the Grateful Dead. I asked him what all this was about.

“Don’t worry about it,” Tommy said. “Just in case you need a little help.”

I shot Tommy a little smile. I really did have it. The songs “I Don’t Care,” “Sheena Is a Punk Rocker,” and “Blitzkrieg Bop” were on the jukebox at CBGB, on my stereo, and in my world. I had listened to them again before coming down, and that was enough. It wasn’t like learning “From a Dry Camel.” But they were great songs, and I was like Sheena and her friends—all hopped up and ready to go. Even so, I appreciated Tommy’s concern. He literally had my back.

Dee Dee counted “One, two, three, four!” and we launched into “I Don’t Care.” It was one of the purest rock-and-roll songs written after the year 1962. With a deliberate, powerful beat underpinning a progression based on E, F, G, A, it was a song a novice could learn on but never tire of playing: not caring about the world or the girl was the entire message served up in two lines, repeated over and over like a punk mantra.

The song clocked in at a minute forty seconds. We were locked in as a band within the first ten of those seconds. Thirty seconds in, the audition—if there ever was one—was over. We were relaxed and smiling. Rehearsal had begun. (…) I had almost forty songs to learn, minus the three for the audition, in about the length of a honeymoon. The Ramones handed me a pair of cassette demo tapes with all the songs. (…) My favorite song on the Road to Ruin demo was “I Wanna Be Sedated.” It was catchy and huge even in stripped-down form on a cheap cassette tape. (…)I also really liked “I Just Want to Have Something to Do” and “Go Mental.” “Mental” was faster than most Ramones songs—and faster than most songs, period. 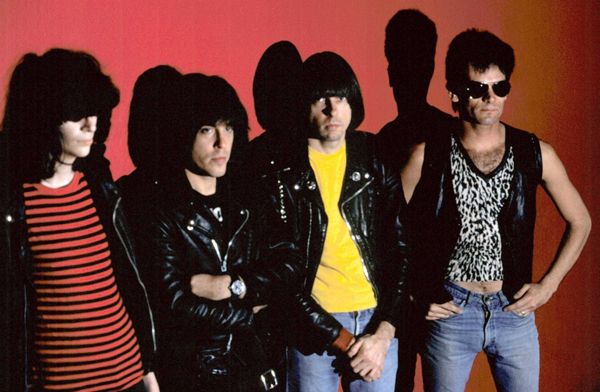 (…) After Marky met with the Ramones’ professional team (Danny Fields and Seymour Steins) changed his name. “It was this professional team that asked me about changing my name. I was off to a good start, but we weren’t going to be Marc Bell and the Ramones. My new last name was a done deal, but I needed a first name that ended in a long-e sound. Rocky Ramone was either too suggestive of the Sylvester Stallone movie or made me sound like a gangster. Timmy, Jimmy, and Willie Ramone and a dozen others made me puke. And just adding a y to Marc came out to Marcy, which was not only a girl’s name but happened to be the name of the discount store Marcy’s, across the street from Erasmus High School. The fewer reminders of high school, the better.

So I said, “Let’s go with Marky, with a k.” My grandmother called me Marky as a kid, and the name was made famous by Marky Maypo. In the fifties and sixties, Maypo was one of the big three hot cereals, along with Farina and Wheatena. Mickey Mantle was a pitchman for Maypo, literally crying if he didn’t get a bowl of the stuff. Marky Maypo was the goofy, whinny, cartoon mascot wearing a cowboy hat. For the sake of nostalgia, I could live with that. So Marky, like the cereal, stuck.”
From Punk Rock Blitzkrieg: My Life As A Ramone by Marky Ramone and Richard Herschlag.  Copyright © 2014 by Mark Steven Bell. Published by Touchstone, a Division of Simon & Schuster, Inc

Marky recorded five albums with the band “Road to Ruin”, “Rock ‘n’ Roll High School”, “End of the Century”, “Pleasant Dreams” and Subterranean Jungle between 1978 and 1983 when he was fired because his drinking problems. He returned in the band’s lineup in 1987 and stayed for almost 10 years recording another four studio albums “Brain Drain”, “Mondo Bizzaro”, “Acid Eaters” and“Adios Amigos” until the band was officially retired in 1996. 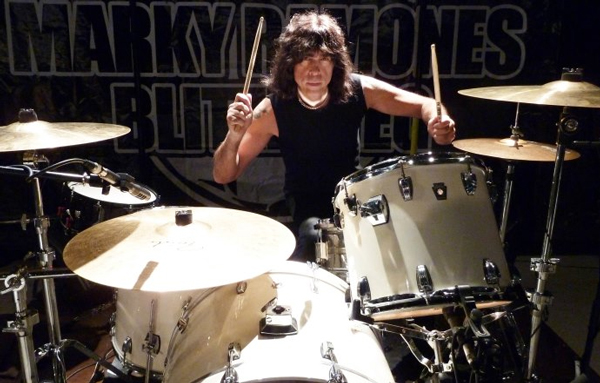