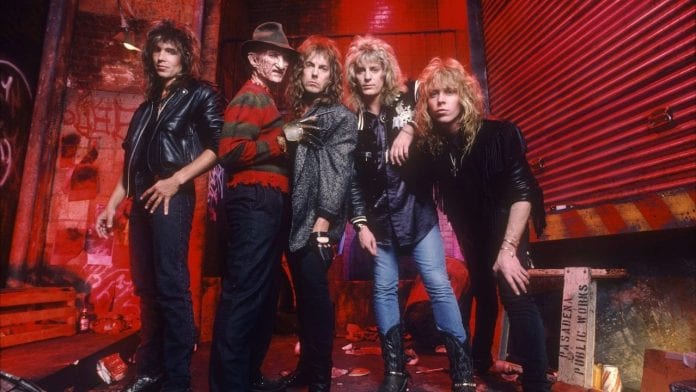 The classic lineup of DOKKEN — vocalist Don Dokken, guitarist George Lynch, bassist Jeff Pilson and drummer “Wild” Mick Brown — filmed a video in Los Angeles last month for a new song called “It’s Just Another Day”. The track, which will be featured on the band’s forthcoming CD/DVD package, marks the the first new song by the classic DOKKEN lineup since the 1997 “Shadowlife” album.
Dokken admitted that he had “a good feeling and a bad feeling about” the release of a new song featuring DOKKEN’s classic lineup. “Because I know — I know — that when this video hits the streets, it’s gonna go viral. I already know that; it’s obvious,” he said. “The video’s over the top; it’s killer — great song. It’s just like ‘Paris Is Burning’ meets ‘In My Dreams’. It’s catchy, it’s classic sounding. George did an insane solo on it; the solo he did was really, really… I was really proud of George. He’s shredding, but at the same time, it’s very melodic.