Vinnie Vincent is definitely a mysterious figure in rock n’ roll. Basically, his picture should be right beside the term “self-destructive” in every dictionary because it’s really a wonder how such a talented musician is MIA in the last 20 or so odd years. Vincent was not only a charismatic guitarist but also a brilliant composer with a unique sense of melody.

Since the late 70s and various session works up until KISS and Vinnie Vincent Invasion, Vincent was always impressive with his style and technique. He managed to save KISS with “Creatures of the Night” 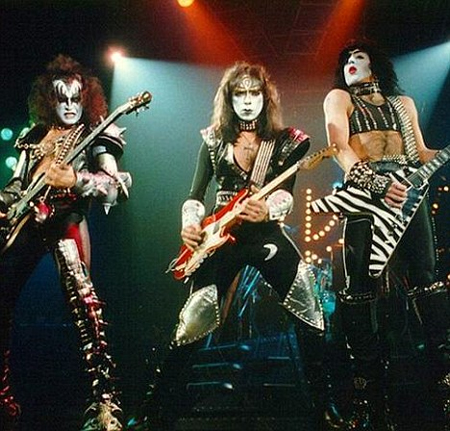 and “Lick It Up” while his contribution on “Revenge” should not to be dismissed at all (I don’t think that there is anyone out there who believes that the guitar intro of “Unholy” was inspired by Gene Simmons, right?). Under the Invasion tag he released two remarkable glam metal albums and gave a new meaning to the word “shred” as his guitar was –literally sometimes- on fire. Then he accomplished the unachievable: he was fired from his own band! Well, not in paper but this is essentially what happened. Strum and Slaughter found platinum success later on with their own band…Slaughter. 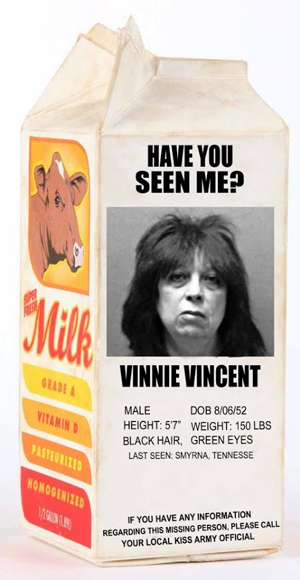 In the 90s, Vinnie Vincent recorded scattered demos, led to bankruptcy various unlucky promoters who had the bad idea of bringing over to Europe the peculiar guitarist, he released a good 4-song EP and basically stole money from his fans when they pre-ordered a box set by his then official website which never saw the light of the day…by the way, the money was never returned to the rightful owners.

After that, he sued numerous times his former band KISS (he lost all of the legal battles but we salute him for being persistent) and found himself locked in a prison cell of a Tennessee Police Station when his then wife (Diane Cusano has since died after a long battle with alcoholism) accused him of domestic violence. After his wife’s death, Cusano moved out of Nashville in 2013 and since then nobody has seen him; that’s really a miracle in this time and age with all the social media around. Let’s just hope that he will return eventually although we wouldn’t hold our breath for it…after all, the time frame is closing.

Trivia: One of the very first songs that Vincent wrote together with Paul Stanley was called “Betrayed”. It has nothing to do with the song that later appeared on “Hot In The Shade”. “Betrayed” has not surfaced among the bootleg circuit of the KISS community.

Highlight: If I had to pick only one song of Vincent’s entire recording career that would be “Back on the Streets”. It’s really a wonder why KISS turned it down in 1982-83. Luckily for all of us it was recorded by the Invasion and a year later John Norum shot a video for it.