For a second time in a few years White Widdow, the Australian hard rock sensation, paid a visit to Greece for yet another brilliant live show and not only did they prove that they are a melodic force to be reckoned with but they surpassed all our expectations as they were far better than the first time in our country. But let’s start from the beginning…

At 22:30 sharp, the Athenian outfit of Make It Nasty hit the stage for a 60-minute set that was comprised almost exclusively of cover tunes (Thunder, H.e.a.t, The Poodles, Vinnie Vincent Invasion, Vixen etc.) plus an original tune of theirs. Personally, I thought that they still need a lot of work so as to reach a desired level of quality and I believe that they don’t “feel” those classic 80s anthems. In other words, they don’t “live and breath” the song…but that’s only my humble opinion. However, the fact that they played the criminally underrated song “That Time of Year” (Vinnie Vincent Invasion) adds a few extra points! 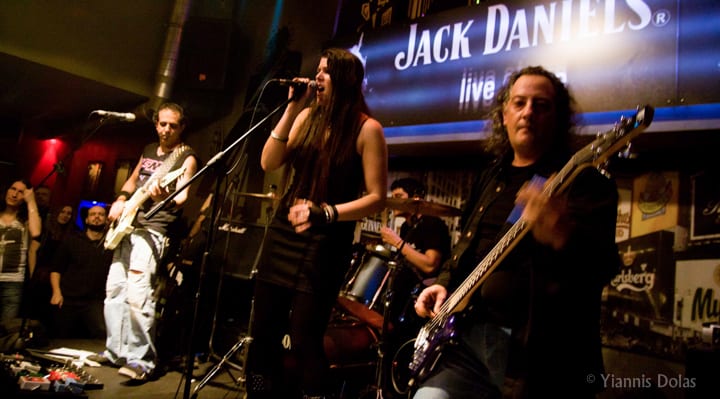 When the clock stroke midnight the opening notes of the now classic “Cry Wolf” from the sophomore effort by White Widdow (“Serenade”) rushed through the speakers and the crowd went instantly crazy. The energetic frontman Jules Millis accompanied by the guitarist-extraordinaire Enzo Almanzi and the fantastic keyboardist Xavier Millis had absolutely no problem whatsoever in handling the crowd with the excellent stage performance. It was more than obvious that the new recruits (Ben Webster and Noel Tenny) added that extra quality element and they provided a solid rhythm section that uplifted the overall show.

Being in top form and with an unmatched energy, White Widdow had absolutely no problem in presenting a flawless show that won over even the most reserved fan. They chose songs cued from the band’s three records and as a matter of fact I was pleasantly surprised to see that everybody was singing along to the new songs from the great latest White Widdow album called “Crossfire”. “Caught In The Crossfire”, “Just Another Night”, “Angel”, Strangers In The Night”, Reckless Nights”, “Do You Remember”, “Spirit Of Fire”, “Change Of Passion” are some of the songs that we were treated with while the guys from Down Under selected a couple of cover tunes for us and most specifically “Unchain The Night” by Dokken and “Frontline” by Aviator”…needless to say that the atmosphere was explosive during those two numbers. 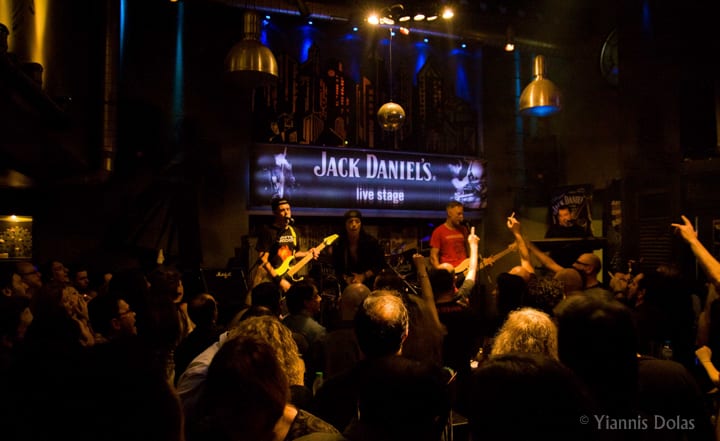 When the last song of the set (“Broken Hearts Won’t Last Forever”) faded out from the speakers the fans wanted more and as the band hadn’t rehearsed anything else they played once again “Just Another Night” from “Crossfire”. Before we write the final words of this review, let us just say that it is really a shame that only 120 hard rock fans enjoyed this performance by White Widdow. The ticket price was low and my suggestion is: life is out there and not in front of a PC or an i-Pad (or any other device). I am just saying…

We can’t wait already for the next White Widdow concert in Greece! 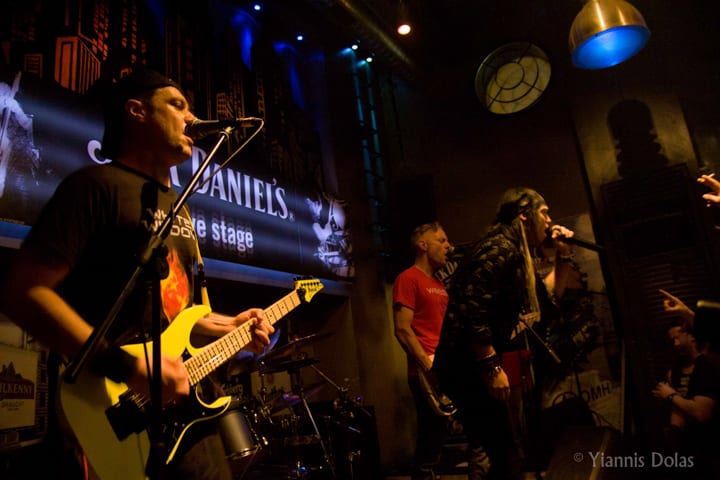