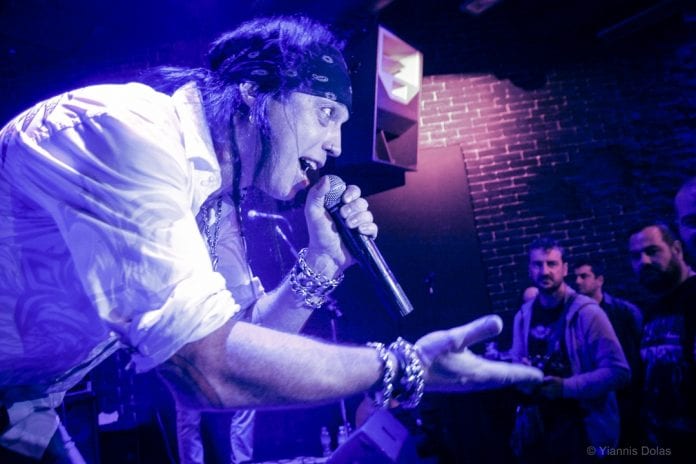 It’s not a big secret that White Widdow retains a very special bond with Greece as in the last five years they have paid three visits to our country and the fans have shown through the years a tremendous support (as Jules Millis said from the stage of Modu Club). As one can easily gather, White Widdow’s show was eagerly anticipated by all the hard rock fans in Athens, especially due to the fact that the Australian outfit had a brand new album called “Silhouette” in their bags.

The night kicked off with Design; a Greek quintet that hit the stage at 21:15 and for the next 45 minutes they managed to warm up the crowd that was steadily gathering into the club. With a set list that was mainly comprised of cover tunes (Guns N’ Roses, Rainbow, Whitesnake etc.) but also of original material, Design left us under positive impressions as all the band members gave 100% on stage although there was an evident stage fright. If they will work on the stage raps and the overall interaction with the crowd, I am sure that they will be more relaxed on future performances. And a word of advice: lose the music stand with the lyrics…now! It may give you a sense of security but it doesn’t look good at all! 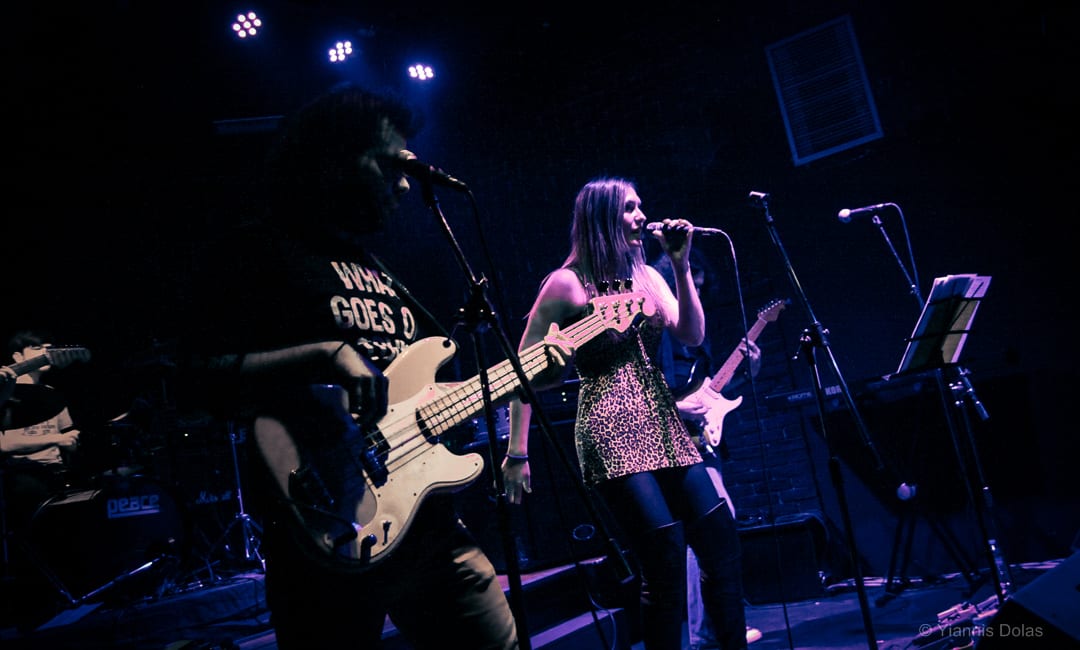 At around 22:10 and after a small video intro that included various scattered photos of beloved hard rock bands, Lace N’ Leather hit the stage. It might be a relatively new band but it was obvious right from the first notes that the guys have rehearsed tirelessly for this show. They opened and closed with two original songs (especially, the closing track “Highway To Home” is a killer tune that brings back memories of the glorious 80’s days) but the main set included lots of cover tunes that more or less were presented in a pretty good and respectful way. For instance, “More Than Meets The Eye” (Europe), “In And Out Of Trouble” (H.E.A.T.), “Urgent” (Foreigner) and “Love Walked In” (Thunder) were brilliant. On the other hand, we could have done without “Burning Heart” (Survivor), although we must admit that it is a quite difficult song from a vocal standpoint. All in all, the guys won over the crowd and personally I really liked the overall stage presence which was well-rehearsed…that’s exactly what remains at the end of the show! 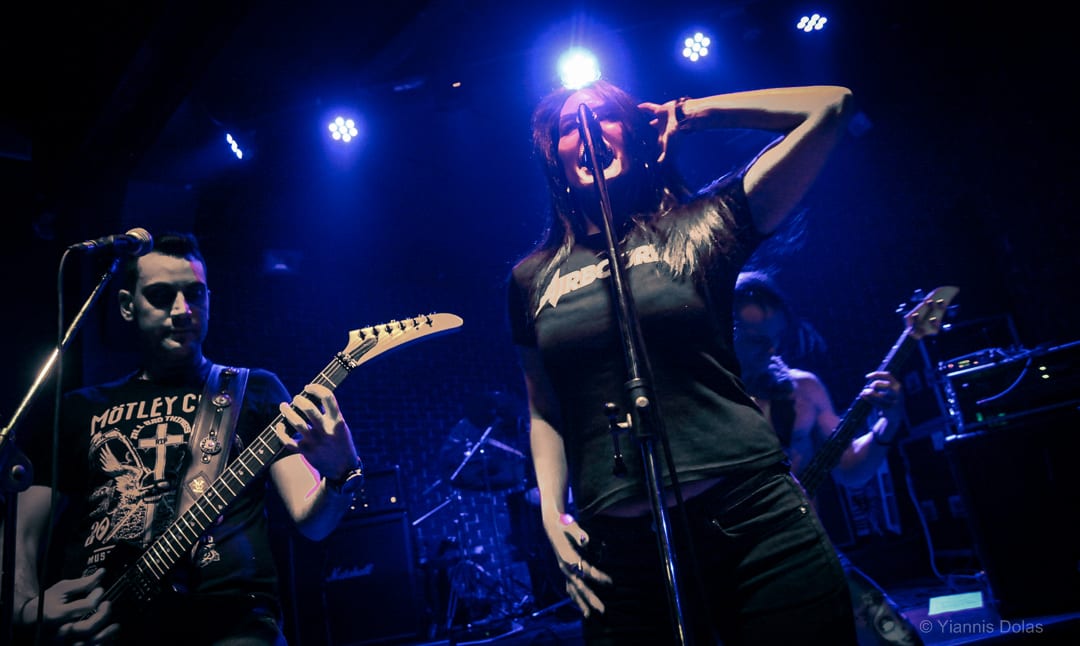 But the time has come for White Widdow! A few minutes after 23:30, the guys appeared on stage and more than 100 fans greeted them with a deafening round of applause! White Widdow started with one of the finest bunch of songs as “Cry Wolf”, “Angel” and “Surrender My Heart” set the pace for what we were about to receive that night. Jules Millis, Enzo Almanzi and Ben Webster on the forefront and Xavier Millis with Noel Tenny on the back proved right from the very beginning why they are considered one of the best hard rock bands of our time and age. White Widdow’s overall performance was flawless and energetic while the hit songs were being “served” in a breakneck speed! Naturally, we listened for the very first time songs of their brand new record that went down amazingly well (especially “Stranded” and “Wild At Heart” were exceptional) while it goes almost without saying what happened when the band decided to play old songs like “Broken Heart Won’t Last Forever” and “Change of Passion…sheer magic! Of notice is the fact that White Widdow played exclusively for Greece “Reckless Nights” and two cover tunes (Icon’s “Danger Calling” and Roxus’ “Stand Back”). As the absolute highlights of the evening, I’d definitely point down Enzo Almanzi’s unbelievable coolness and technical capability on guitar. Also, Ben Webster and Xavier Millis are doing a superb job on the backing vocals department and the songs have definitely benefited from what the boys offer on stage! 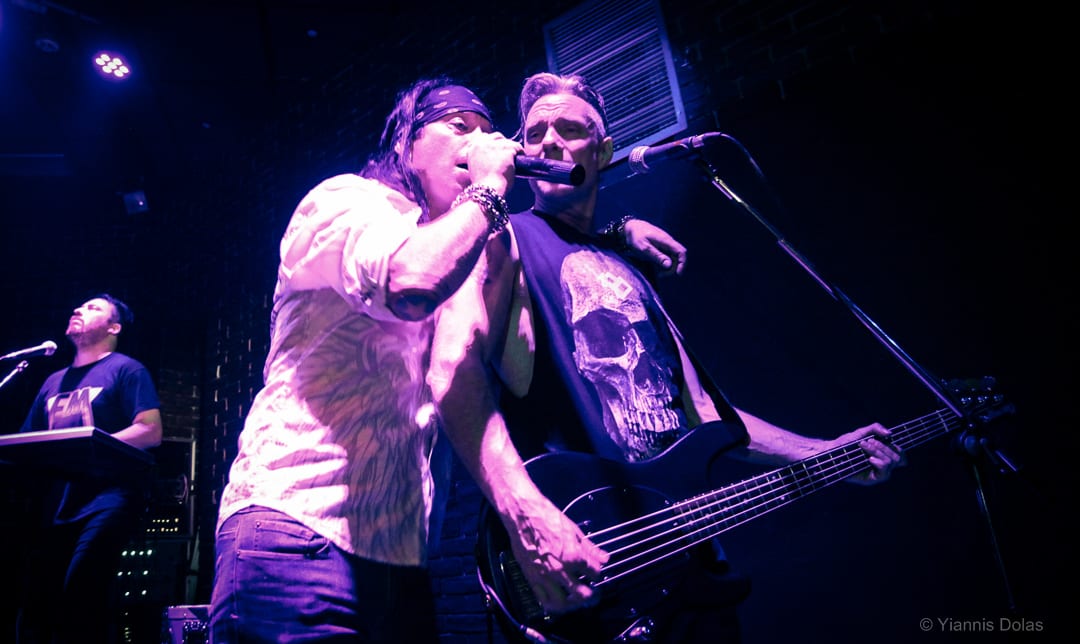 We may repeat ourselves here but White Widdow was once again brilliant and astonishing. Trust us when we are saying: this is the true hard rock sensation of the 21st century! Can’t wait for their next visit in Greece… 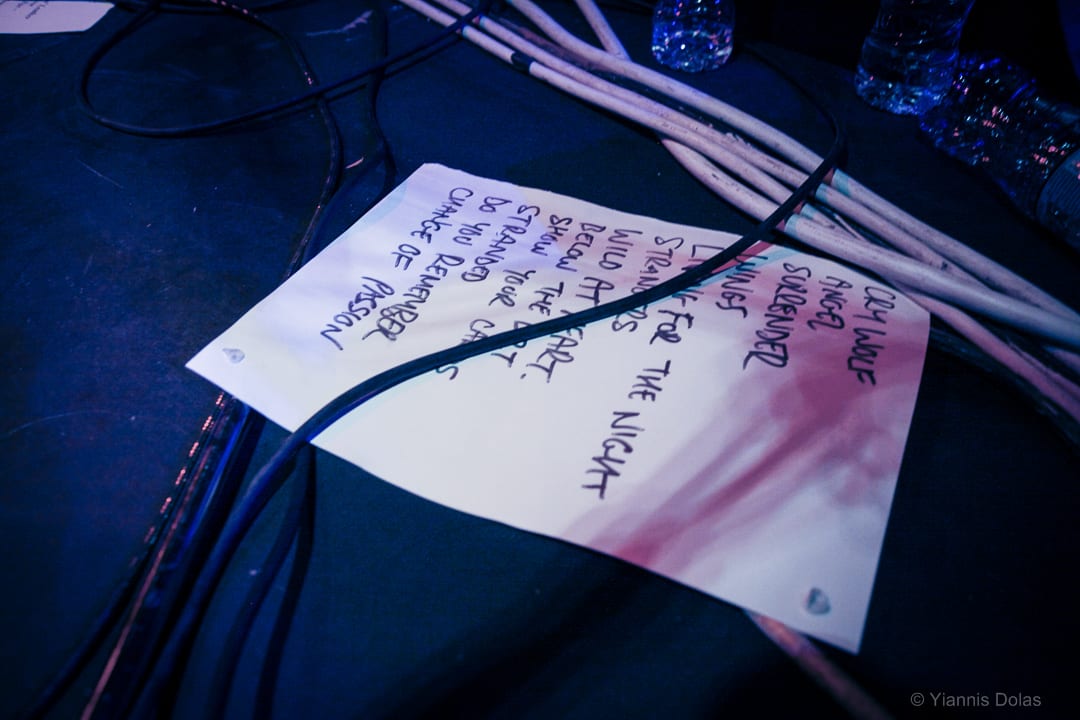