It’s not a well-hidden secret that there is a very special bond between White Widdow and Greece. The Australian outfit has already played twice in our country and there are already plans of yet more shows in the future. We managed to catch the guys for a quick interview only a couple of hours before they hit the stage of Hard Rock Hell Festival in Wales. Here’s what Xavier Millis and Ben Webster had to say when the Rockpages camera started to roll… Interview: Sakis Nikas, Yannis Dolas

Rockpages.gr: You’ve released your third album, “Crossfire” a while ago, what’s the feedback you are receiving so far from press and fans?

Ben Webster: So far do good, we are extremely pleased with the reception that we’ve had. It was a lot of work that we put on the album. We are happy with the songs, we really made the best record we thought we could make. We are super pleased with how things turned out and the response that we’ve had. We get a lot of people saying this is our best album yet. We couldn’t ask for more really, the feedback has been fantastic. 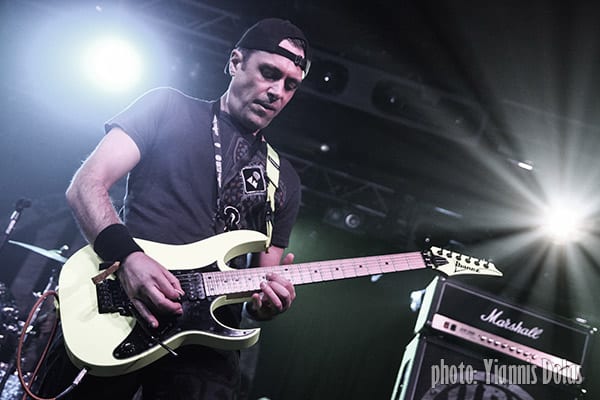 Rockpages.gr: What’s the input of the two new guys in the band?

Xavier Millis: I won’t let one of the new guys to answer that! I will talk about him in the third person! Very important… the tragic loss of our drummer was a huge hit to the band that we had to bounce back from. We haven’t really considered the idea of a new drummer, we thought that we’d pick up a bass player, and we got Ben and that we’d use a session drummer and then use someone for the road. We weren’t looking for a new drummer, it was an emotional thing, but also the time that it takes to find the right people it can really wear you down. It’s a process of its own and we had an album to write but it was very fortunate that through Ben (Webster) who played with Noel, the new drummer, quite a bit he recommended him and sort of insisted that we tried, because we were skeptical about how long time the process would take getting it right, but he came in at the eleventh hour and just ripped it a new one! He is such a great technical drummer, that he was able to come and nail everything in a couple of days in the recording, so that was great. And he is amazing! Part of the live show… we couldn’t have been tighter. The vibe on stage have never been more fun and vocally it couldn’t have been stronger and he’s got a pretty good vocal presence as well, so yeah I am really excited about the new guys and the lineup as I said it. It’s the best we’ve sounded. 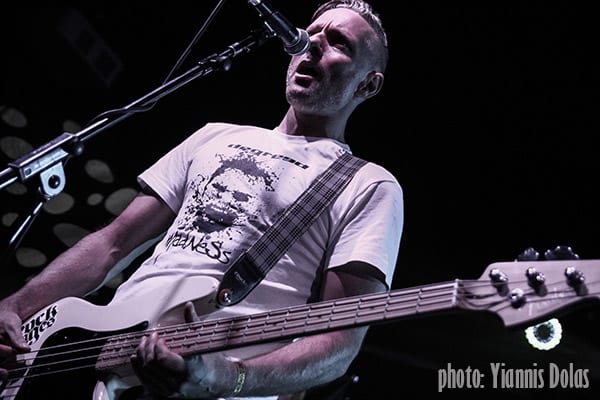 Rockpages.gr: The new album is very strong, I believe that it’s the natural evolution from “Serenade”, I think it’s in the same quality level. What’s your point of view? Is this your best work yet?

Xavier Millis: I don’t know! I am inside it to it’s a little hard to be objective. I do think that’s sonically it’s the best, I mean the production and the way it sounds is a notch above “Serenade” and the fact that we have Noel playing drums on it versus the “Serenade” record which is a bit stiffer, I think it’s a notch above in that regard. I do believe that in the song writing it’s a natural progression from “Serenade”, so if you like that, you’ll enjoy this one. It’s a little bit more refined, but I’ll have to leave it up to the listeners to decide whether they think that the songs are better or not. I mean (turning to Ben) you weren’t in the band on “Serenade”, so what’s your two cents?

Ben Webster: I really liked “Serenade”, I thought it was a fantastic album, as a fan, because I am still a massive fan of this band… I think that the new one is probably a bit deeper, has more depth to it and that could be just in the production, but the song writing has moved on and progressed…Outside of it, I listen to the new album just for pleasure. “Serenade” is a fantastic record, and going back learning the songs to play them live and everything really opened it to me and I think that it’s like if you like the first Harem Scarem, or if you like “Mood Swings”, or the first Danger Danger, or “Screw It!”. It’s just one of those lines of propositions it depends on your own personal taste. Some people prefer the slicker sound of the second record, which is much more produced, like in a slick way, whereas the new album is a little bit rawer, only by degrees but they are both excellent. It’s really a preference thing I think… 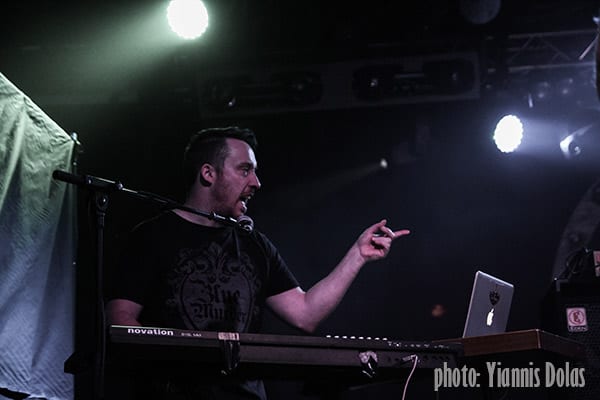 Rockpages.gr: I really enjoyed your show a week ago on Greece, where you played a couple of cover versions…like “Frontline” by Aviator. Whose decision was that?

Xavier Millis: That’s Julian Millis’ (Jules Millis, the lead singer) decision! Julian is kind of the AOR historian of the band, the original energy behind the project… it was Julian’s idea. I’ve never played in a band before, but being Julian’s brother he sort of brought me into the idea of playing keyboards in his band, so it’s definitely his call. For me a lot of the bands I get exposed to are from Julian. I don’t know which ones are obscure, and which ones aren’t, I just get presented with all that stuff and I like what I like, but judging by the response to Aviator it was a good decision for the die hard fans, because everyone loves it-who knows it, and I think everyone who doesn’t know it thinks it’s our song! But, we tried to make sure that people understood that, but maybe some things got lost in translation as well. That was fun to play, definitely fun to play! 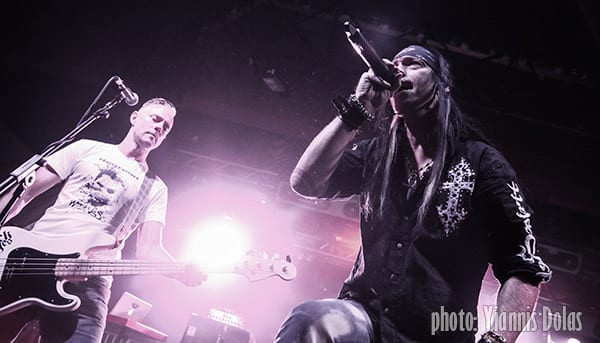 Rockpages.gr: You are a band from Australia and you have been around for almost five years with three records, and yet you have played in Greece twice. How come? What is the special bond between White Widdow and Greece?

Xavier Millins: I actually don’t know what’s the bond, how it came about. I know that Julian had existing relationship with few of the guys who DJ’d and were regulars in Bat City, going to Firefest for years and becoming friendly with people, but that’s no guarantee that when you start a band and tour there anything will kick off. I just think that maybe there is already a synergy between Athens and Melbourne, and Melbourne has the highest Greek population outside of Athens in the world! So, I don’t know! Maybe that’s part of it, there is a relationship between Australia and Greece already, but I guess our music resonates with the guys and they return the energy that we gave, so as soon as we have the chance to come back we are all over it! We wanted to come back a few years ago when we did the UK tour with Ten and Serpentine, but it was prohibited and you guys were going through all that austerity stuff and all the Euro stuff, so it was already difficult the year before. The first time we came there were strikes and all the transport wasn’t running. Seemed like this was the best time to comeback and we’ve never had a show like that. The Athens show that we just did was the greatest show I’ve ever played. The audience was incredible, I mean it’s a small venue, but it was rammed, and we’ve never been shown with so much love. To write these songs in Australia, in a little studio, or in my bedroom and then have all these people singing along, and chant like it was a football match it was insane and I can’t wait to do it again! We will be back very soon hopefully!

Rockpages.gr: Should we expect, although it’s very premature, a new album very soon?

Ben Webster: That will definitely happen, it’s on the cards, we already have some ideas, and we are talking about where we may, or may not take the album. We’re trying to see where we can expand the boundaries a little bit. I guess it will be out by the middle of next year or something like that. It’s probably feasible. We’re gonna write the album cycle out, we might do some more shows later in the year, we’ll let it run its course, and then we’re going to see where it goes, we will regroup and start the song writing process, and see what comes out from those sessions. We have to be happy with the result… even working in the brief time that I have in the band I know that the band will write thirty songs and then cut it down to ten. The ten, or eleven, the best that they’ve got they will edit the other ones out making sure they’ve got a strong album that can work with these other ones. It’s got to be very good before it’s ready to get it out…