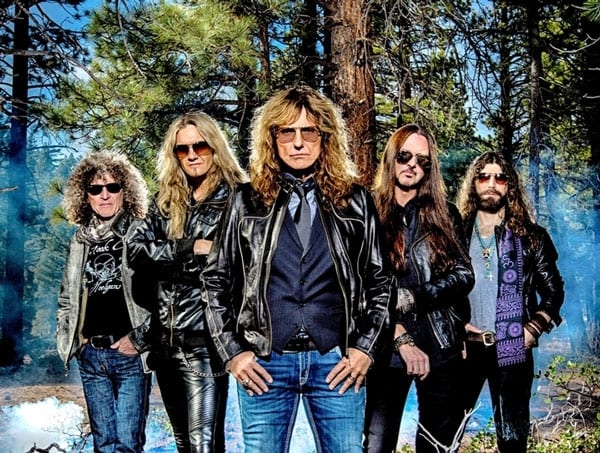 WHITESNAKE’s 13th studio album, “Flesh & Blood”, will tentatively be released in May via Frontiers Music Srl. A teaser for the first single and video from the disc, titled “Shut Up & Kiss Me”, was uploaded on the band’s facebook page. The full clip is expected to be made available on February 14.
WHITESNAKE filmed the “Shut Up & Kiss Me” video in March 2018. “It’s a kick-ass song; you’re gonna love it,” singer David Coverdale told SiriusXM’s “Trunk Nation”. “But there’s gonna some real fun elements paying respect and nod to WHITESNAKE’s past, but certainly not as dark and as gritty as [WHITESNAKE’s] ‘Burn’ video [from ‘The Purple Album’].”