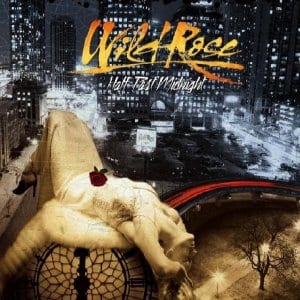 This is a great release from those AOR hard rockers from Thessaloniki! The band’s work on “Half Past Midnight” is really good, and listening to those eleven songs achieves the most important thing: they stick to your mind!
Wild Rose have been listening carefully their idols, and they managed to copy them perfectly, but also put some of their personal definitive characteristics. Also, something equally important is the production which enhances the band’s work, and makes you think that this is an American band, and they have to take this as a compliment! George Bitzios’ vocals have something from the great AOR-defining voices, and a wonderful color that direct the songs masterfully. Also, great guitar job from the band’s leader Andy “Rock” Peyos, and John “Jiosby” Bitzios, and amazing keyboards from “Dirty” Haris Patsos, whose role is very important in producing Wildrose’s retro ‘80s sound.
It’s really amazing in a year like the last one, when White Widdow, that came out of nowhere, returned with a second great record, to know that we have a Greek AOR-hard rock band that is really good, and have nothing to be jealous about comparing to foreign ones.