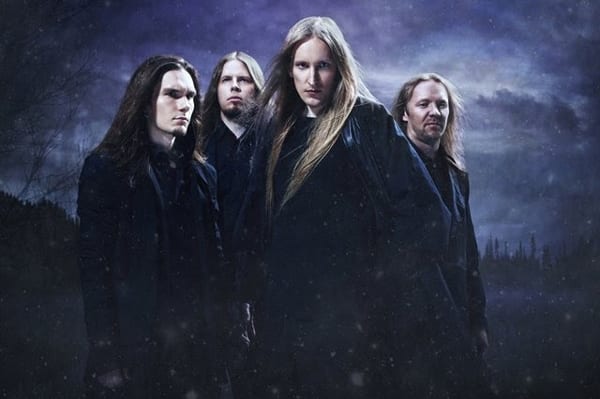 The time has come. The masters of melodic death symphonies are finally back. In 2017, almost five years after the release of their mindblowing creation »Time I«, WINTERSUN will bring snow and storms all accross Europe again and announce the completion of the recording of their upcoming third studio album. On this yet untitled record, the Finns alongside song writingmaster Jari Mäenpää once again break the boundaries of metal and add a new and majestic twist to the history of music. Here is what you can expect for 2017, in the band’s own words – be prepared for the end of a long wait and for… “it”:

WHAT IS “IT”?
It’s 2017 folks, and it’s going to be a great year! Time for some big WINTERSUN news? Yes, it is!
When we said that “IT IS DONE”, we did not mean »Time II«, but we meant a NEW ALBUM for sure! »Time II« won’t be the next WINTERSUN album, because of reasons you already know from past updates and interviews.

So what is IT? IT is a NEW ALBUM and it is 100% done! And no, that’s not the name of the album. This album will be something new and different, but equally great or perhaps even better in some ways. Over 53 minutes of solid WINTERSUN material (with no intro tracks) and with a killer concept!

This album will be THE 3rd FULL LENGTH WINTERSUN album. We will release the name of it soon and other details such as the track list etc. We’re gonna start putting the pieces of the puzzle together for you guys, how it’s going to be released and what will happen… It will be a whole new experience! It will all make sense to you very soon!

And this album is not the only thing we’ve done, not by a long shot! In fact your minds will be blown soon! That is a guarantee. So click the notifications ON in our WINTERSUN page, if you don’t want to miss out on the new album! (Because of Facebook algorithm reach limit). THANKS GUYS!
– Wintersun

In the meantime you can witness the band’s return to the stage at the following festivals:

Order WINTERSUN’s first studio album or »Time I« in our shop:  http://www.nuclearblast.de/de/label/music/band/shop/71013.wintersun.html