Every live performance by WITTR is a unique live experience. It’s not the typical –let’s go to have fun and drink- concert but a trip via the long compositions that easily drags you down (it only requires by the listener to be in the proper mood) and you just have to close your eyes while this incredible band takes you by the hand into their magic. 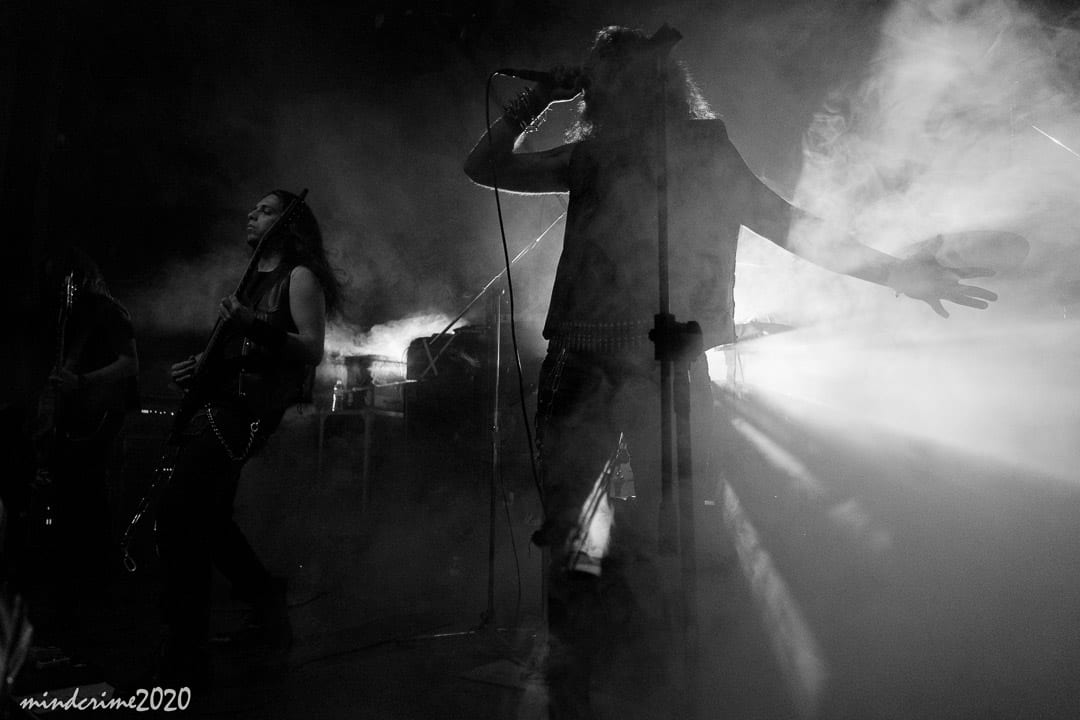 “In the name of nihility / fire and brimstone…”

People had to wait for 45’ in the cold because the door of Gagarin 205 club opened with an irritating delay and when that happened the few people that got in didn’t really made the night look promising (but cold matches nice with black metal, no?). DECIPHER got on stage at 21:15 and I must admit I got surprised by them and their furious black metal. Although these Athenian guys are young this didn’t show and they seemed like they have been together long enough. Their setlist had an old school metal riffing, blastbeats, screams and a general Swedish black/death vibe. At the end, every fan was satisfied by them. Apart from two songs that came from their EP “Of Fire And Brimstone” all the other songs were from their upcoming first full length album.

setlist:unobructed sequence of disorder / Fire and brimstone / chants of the unholy / enslaved to be / altar of the void / penance / sanctum regnum 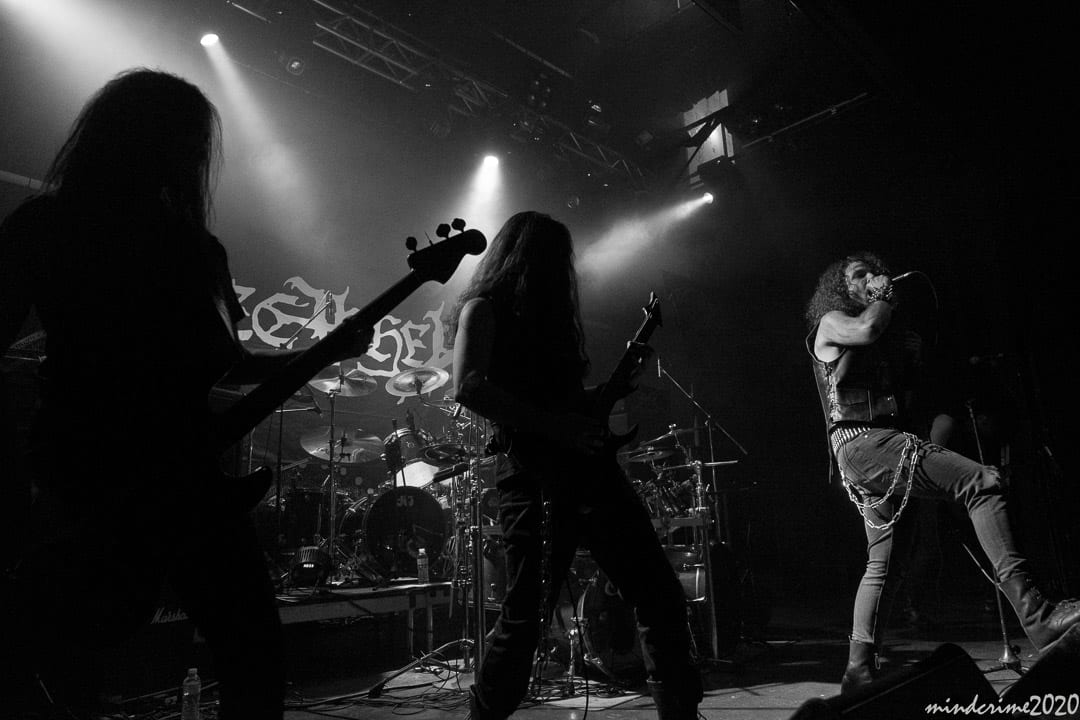 Then we were waiting for the Athenian deathsters CAELESTIA but they had to cancel due to an unexpected technical problem. This explains the long delay at the beginning, the promoters didn’t want a big gap between Decipher and the headliners. 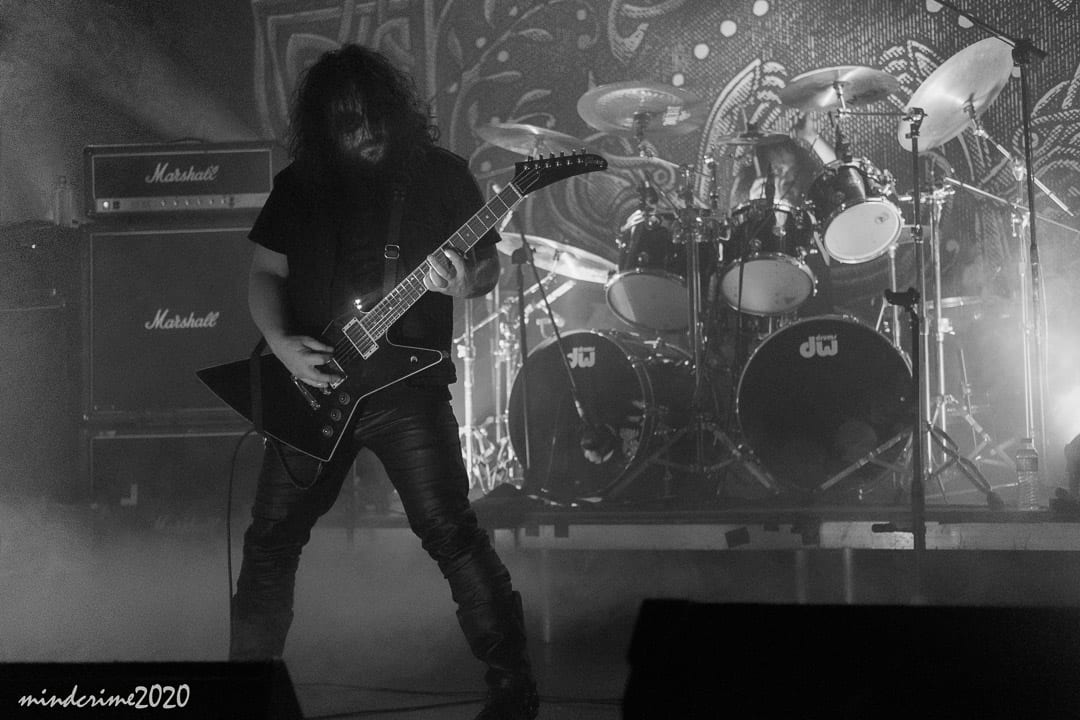 So, at 22:30 we were ready to see the mighty WOLVES IN THE THRONE ROOM. This time we knew what to expect (December 2017 was a shock for many of us, when we saw them live for the first time in Athens). But the venue wasn’t full, I think the promoters took a risk this time because the band hadn’t release a new album since then. But who really cares, those who are mesmerized by this band were there and how could they do otherwise since every live performance of the American blacksters is unique and overemotional by all means. For me, every gig of WITTR is a special concert experience, it is not the typical –let’s go have fun and drink- concert but a trip (something that actually feels like a transcendental ritual) via their long compositions that easily drags you down (it only requires to be in the proper mood) and you just close your eyes while this incredible band takes you by the hand into their magic and immerse you into something really special. They are capable to create magical atmosphere, I was surprised with the lights though, only the smoke over a fully dark stage would be enough (they’ve done this in the past by the way) 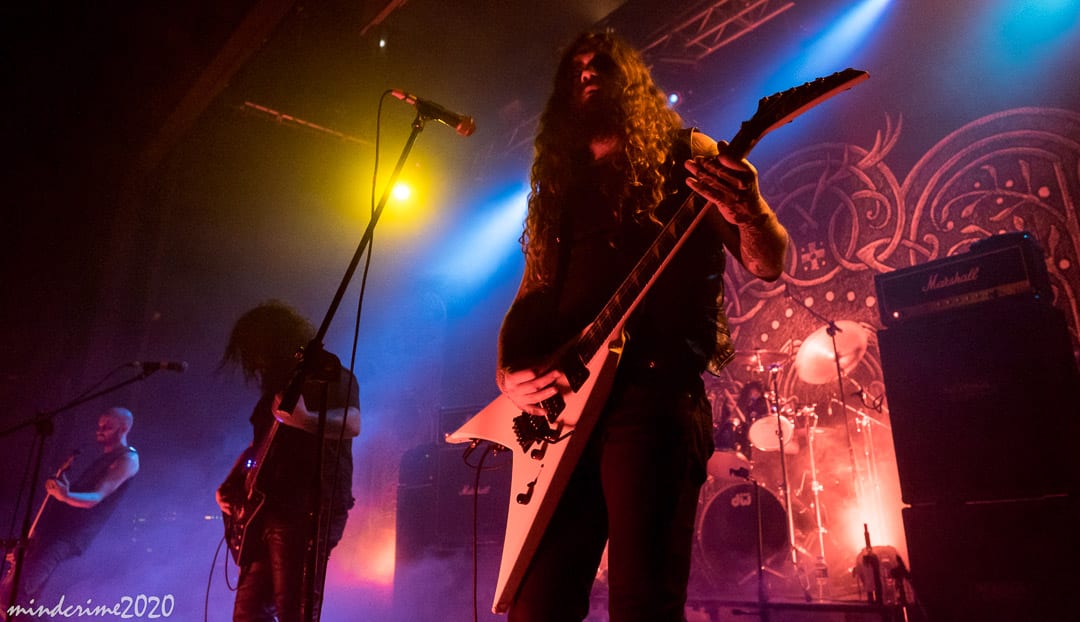 We saw Wolves as quartet this time, Kody Keyworth (guitar/backing vocals) has found the perfect balance with Nathan Weaver (guitar/vocals). All the members are great, they know what they’re doing, so, with no unnecessary words (I think they just said thank you and that’s all), through the smoke they threw in our face one epic song after the other while in between they had some ambient/intros that operated like connectors. Heavy atmospheric black metal with outbursts strategically located on key points. They are really impressive but what impresses me most is that although they are into a genre that I generally prefer to listen at home these guys manage to overcome themselves when they play live! The sound was also better this time and the duration was up to 77 minutes comparing to the 70’ last time (not that it really matters in their style). Last but not least the highlight was again the 18min long “I will lay down my bones among the rocks and roots”. What a song…

video WOLVES IN THE THRONE ROOM: 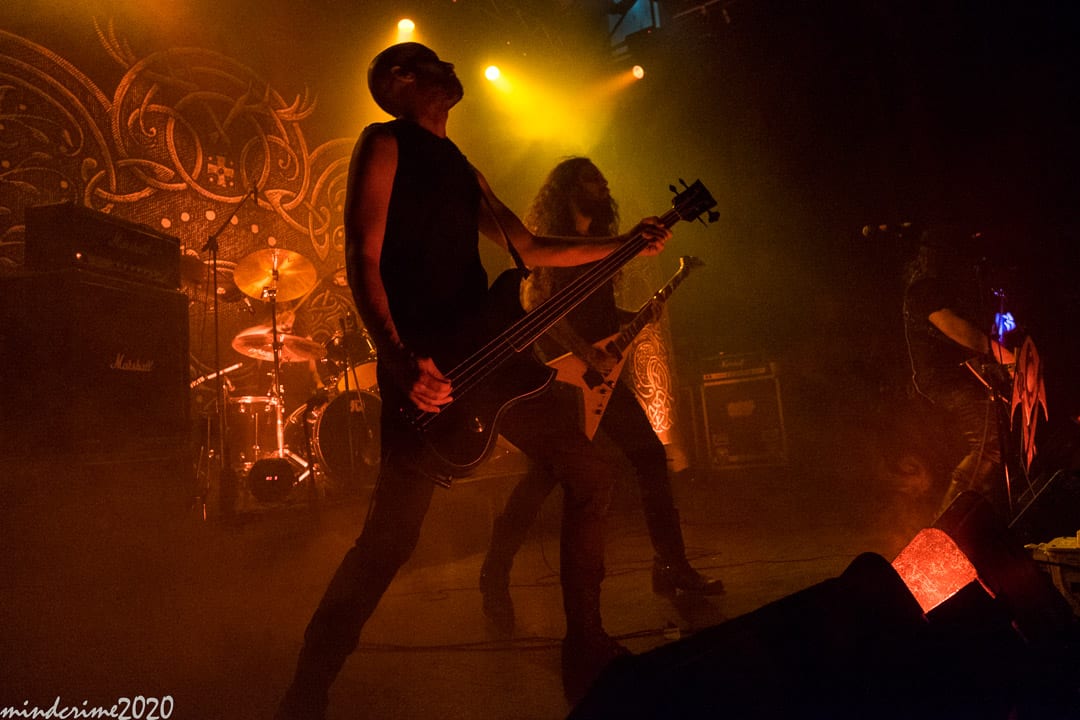