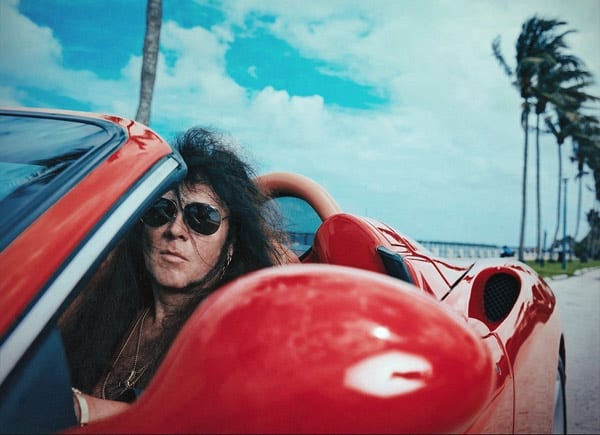 Yngwie Malmsteen released his version of “While My Guitar Gently Weeps”, originally by the Beatles, which will be included in his upcoming album “Blue Lightning”.
PRESS RELEASE: To call Yngwie Malmsteen a ‘maestro’ or ‘virtuoso’ is to state the obvious. But such terms don’t do sufficient justice to either his talent or impact. There are innumerable guitarists who have copied a small part of the vast musical spectrum that defines him, but nobody comes close to achieving what he has over a period of nearly four decades.
This man is an undoubted pioneer, someone whose style and creativity has inspired so many others. While he first came to everybody’s notice in Los Angeles with Steeler’s self-titled album (1983), followed by Alcatrazz’s ‘No Parole From Rock ‘N’ Roll’ the same year and ‘Live Sentence’ (’84), it’s been what he’s done since in a distinguished and far ranging career as a solo performer and band leader that has momentously shown Malmsteen’s craft and worth as one of the elite guitarists on the planet. Combining skills that span a vast spectrum of inspirations, he stands as a giant, melding melody, technique and an epic scope in a unique and inclusive fashion.

Now, with ‘Blue Lightning’, the man highlights not only his enduring dexterity and diversity, but also pays homage to those from the blues world who have fuelled his artistic spirit for so long.
“I have always played around with old songs, both live and also in the studio. I did a similar album called ‘Inspiration’ a while ago (1996), and it was Mascot who came to me and suggested I do a blues record.
“Now, I grew up in a classically trained family, and people know me for playing in what is called a neo classical style. But when I got a guitar for my fifth birthday, what I would try to emulate were John Mayall & The  Bluesbreakers – I would jam along to what they did on record with Eric Clapton (‘Bluesbreakers With Eric Clapton’ album). That’s something people don’t realize about me – I do have a strong interest in the blues. So, when Mascot came to me with the suggestion of doing an album of songs in this style, it didn’t faze me at all. In fact, it seemed so natural.”