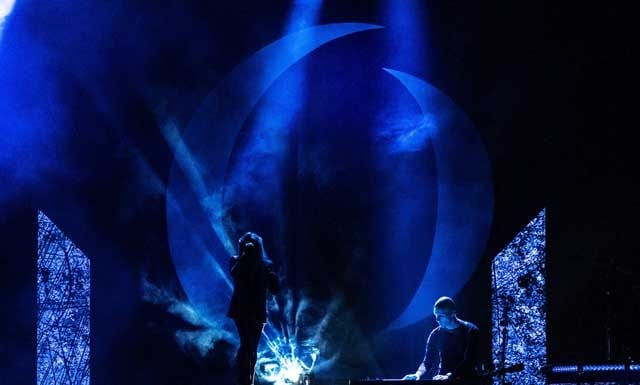 A simple announcement, probably featuring the husky voice of some lost relative of Matthew McConaughey back in Texas, kindly told us that the use of cameras/smart phones will not be tolerated. Just like that, we were transported back to a better time, before a bunch of virgin students from Silicon Valley figured out a way to become billionaires by taking advantage of human vanity. 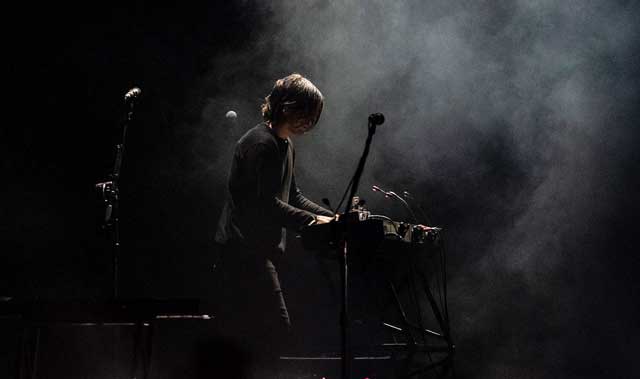 I’m starting from Maynard James Keenan’s war against failing to enjoy a concert due to our ‘silicon obsession’, because it truly is an integral part of the A Perfect Circle experience. Each song has its own impressive visual effects, backdrops that extend on the stage and above it. The setting of the band members is equally unique, with Billy Howerdel and bassist Matt McJunkins in the front and three circular platforms behind them; keyboards on the left, drums on the right and a guy in a 3-piece-suit and a wig in the center.

In rock, some people put on masks to shock, others have built empires on make-up, while recently a cardinal is conquering the world. The crucial difference between Keenan and everyone else is that he disguises himself for the exact opposite reason; No lights, no attention, minimal communication, he stands there focused like he’s about to fight Joe Rogan in a friendly Brazilian Jiu Jitsu competition. 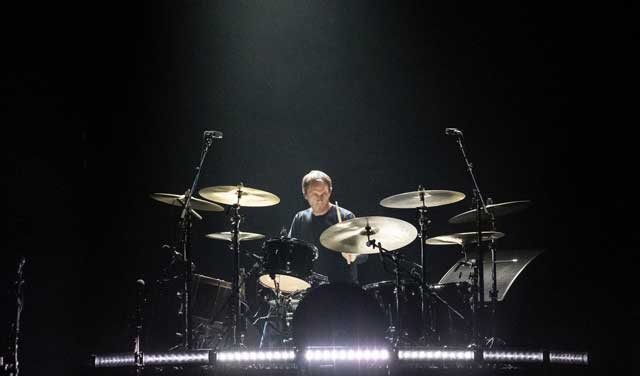 A Perfect Circle offer an amazing audiovisual performance, a slightly less brilliant concert, but definitely something you haven’t seen before.

Setlist: Eat the Elephant, Disillusioned, The Hollow, Weak and Powerless, So Long, and Thanks for All the Fish, Rose, Thomas, People Are People (Depeche Mode cover), Vanishing, The Noose, 3 Libras (All Main Courses Mix), The Contrarian, TalkTalk, Hourglass, The Doomed, Counting Bodies Like Sheep to the Rhythm of the War Dreams, The Outsider, The Package, Feathers 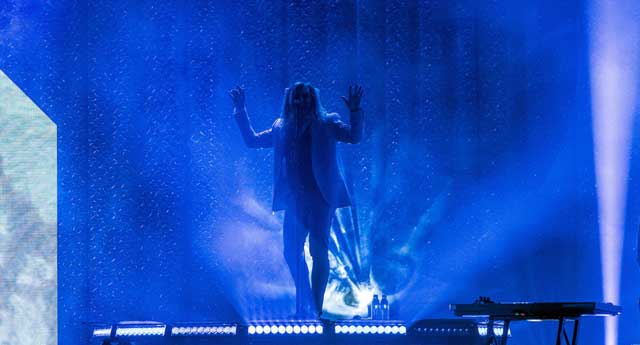