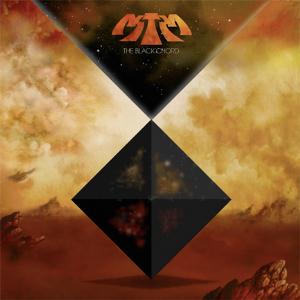 Do you think we can all picture ourselves being lost in this spacey territory, trying to find… well, you’ve got to figure that one out for yourselves… Let’s just say we’re looking for the best available music to play in the background, while we’re walking our way through. What kind of music would that be? How about an equally spacey music? How about a hyper-galactic cloud, starting off from Terra PinkFloyda, crossing all nine dimensions and every Progland in the map, reaching today? Band Astra from San Diego, where it almost never rains, achieved making a barrel filled with inspiration drops, feeding all of us parched with musical thirst, all of us wanting to listen to music that doesn’t necessarily have a structure concerning “proper” start and finish, or choruses or an apparent reason. I’m guessing that when these boys entered the studio to record their sophomore album they actually thought they were opening the door to Pompeii.
This whole musical extravagant sensation can not be explained, it can not be described. It’s like a photo-collage, it’s a supernova for the blind, it’s like a movie trailer. Melodies and FX mingle, voices are actually colors, the way this band is performing is exophrenically dreamy. We’ve listened to numerous Progressive bands, they are all mighty impressive but this one is a series of moments with a musical backpack. Dunno how much a “regular” listener will get into this, yet it’s certain that everybody listening to such music will bow to its makers.
Eight, nine, fifteen minute long compositions and endless notes… Triumph setup? Seems we’ve reached the end of the line. How about pressing that lil’ button and start all over again?