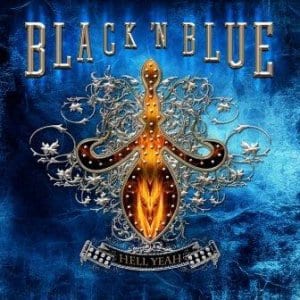 I am trying to think of a word of phrase that will condense what I felt by listening to the new album my Black N’ Blue…it’s a rough and hasty release from a band that literally is unable to deliver even a single memorable tune. Well, back in the 80s, Black N’ Blue never managed to get away from a mediocre level thus making all their albums fit for the category “do you have this record? Not really…should I get it? Well, if you have more than 1500 albums and it’s a price-killer, then go for it”! Not the most glamorous category, right?
14 tracks, the one worse than the other and with titles that makes you scratch your head and wonder what was going on in the band’s mind at the time: “Monkey”, “Angry Drunk Son Of A Bitch”, “Jaime’s Got A Beer”…there’s even a song called “Hail Hail” (yes, straight from the Manowar catalogue). No that I think again, the word that I was looking for the album is: COASTER (for drinks, coffee, beverages etc.)
Highlight: Black N’ Blue: the band known for Tommy Thayer’s presence in it…’nuff said!