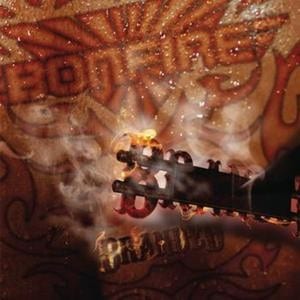 “I really like the new stuff…the new songs are somewhere in between “Fireworks”, Point Blank” and “Double X””, those were the exact words by Bonfire’s frontman Claus Lessmann in an interview that we did a few months ago. Indeed, he couldn’t be more accurate with the new material as “Branded” is by far the best album that the band has delivered since the days of “Knock Out” in the early 90s and I am pretty sure that it will satisfy the loyal Bonfire fans. That being said, I must underline that one should not jump into comparisons with the aforementioned classic Bonfire records. It’s like asking from Scorpions to record the next “Love At First Sting” or the next “Blackout”. However, “Branded” includes some really powerful, melodic, uplifting and catchy songs bearing the ever present characteristic of Lessman’s excellent voice!
The mid-tempo rhythm of the songs are blended flawlessly with the wonderfully-penned ballads thus creating an exceptional sonic result which I believe should be taken well into consideration by every single fan of the hard rock genre. After all, Bonfire carries with them all the necessary credentials in their 30-year career. The overall atmosphere could have been improved by a better production, though, but this doesn’t ruin the result, in any case. Welcome back, guys!
Highlight: Acoustic versions of “I Need You” and “Rivers of Glory” are included as bonus tracks.