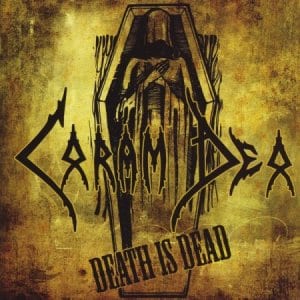 What can one say first about this album? Let’s start from facts. Coram Deo was formed as a heavy/power metal band but very soon switched to a black/melodic death act. The lyrics promote Christianity (yeah, if that’s not a bad joke I don’t know what is). I choose not to comment the album’s title because it’s so… “deep”, wow, “Death is Dead”.
No kidding you can die from boredom while listening to “Death Is Dead”. Here we have a very typical yet not well-performed melodic death metal release with wishy-washy brutal passages and groovy parts. Sometimes I believe that Coram Deo felt like they had to squeeze a few irrelevant thrash metal parts in their music. Mariya Nazarova’s problematic grunts can’t be ignored so you get the whole picture now. All in the entire album is mildly mediocre.