Swedish hard rockers Crazy Lixx will appear for the very first time in Greece at the prestigious Chania Rock Festival. Those of us who have followed the band since the very beginning know exactly what to expect: an explosive hard rock show full of up tempo anthems! We get in touch with the band’s drummer Joel Cirera who talks about Crazy Lixx’ first live album, the new line-up, the Swedish hard rock scene, Abba etc. Interview: Sakis Nikas

Rockpages.gr: Joel, this is your first time in Greece. How do you feel about it?

Joel Cirera: We are very excited about coming to Greece and finally play for the Greek audience. Everybody is really stoked and we are even planning to stay an extra day to have a mini-vacation with the band there. 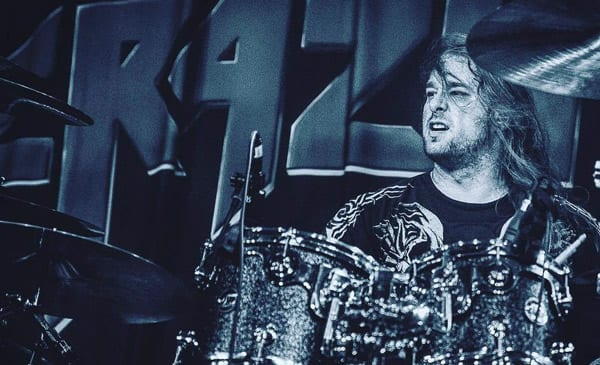 Rockpages.gr: I remember doing an interview with you last year at the Hard Rock Hell in Wales and you were optimistic about Crazy Lixx’ future. Then two members left the band almost unexpectedly. Was it something that took you by surprise and what really happened?

Joel Cirera: Not really in retrospect. We kinda knew that Edd was probably going to quit but the reasons for it you have to take with him. And when Adde spent more and more time with his new band we kinda suspected that they would want him to play for them full time and we had to respect his decision.

Rockpages.gr: You introduced your two new members with an excellent video from your new album called “All Looks No Hooks”. Whose idea that was and what can you tell us about the two new guitarists in the band?

Joel Cirera: It was Danny’s idea to make the video and we had a blast making it. We had a lot of friends helping out and being actors and it’s been a long time since I laughed so hard for so long.
The guys are great! We knew Jens Lundgren from way back, and we have played with his old band before and he was actually one of the first kids that really liked us back in the demo days and it´s kinda funny that he is in the band 13 years later.
I didn’t know anything about Chrisse the first time I met him but he´s a great guy! He has a very calm and cool way and both he and Jens have slided into the band without any hitches. The band has a new found joy in what we do and everybody is working on the same page and that’s very encouraging.

Rockpages.gr: You are about to release your first live album in July. What can you tell us about it and will it be available at the Chania Rock Festival?

Joel Cirera: It will not be able through us since we haven’t received any physical copies just yet but the internet has many solutions so I guess in one way or the other it will be able to get.
It’s a live recording from our last gig with Adde on the Bang your head festival and it was a fun project to have done. You can’t be an 80s type of band and don’t have a live album, right? 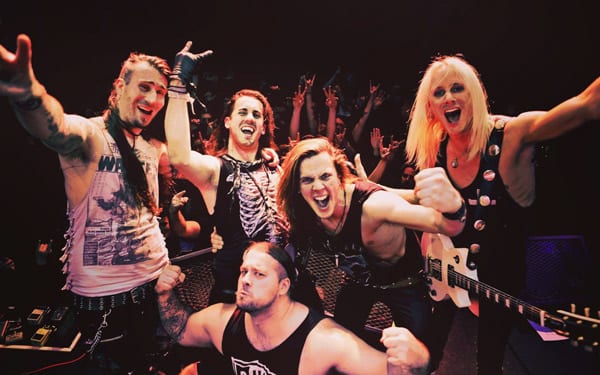 Rockpages.gr: You had told me in the past that “New Religion” is a fan favorite album because it combines all the classic Crazy Lixx elements. Do you think that your latest self-titled effort is in the same vein as “New Religion”? I am asking because I believe that this is another Crazy Lixx classic…

Joel Cirera: I very much so agree with you! “Riot Avenue” was a gamble more or less cause we went away from the big sound from “New Religion” and tried to be a little more simple. Some fans love it, some don’t but fact is that is doesn’t sound as good as “New Religion” or “Sound of the loud minority”. “Sound…” was different in its own way since we didn’t record everything at once as a band would usually do. We chose three songs every 2-3 months and recorded the drums. Normally you record all the drums in a couple of days and then start with the rest of the instruments. When we did it this way we voted for the best songs in different times spaces with could mean that a song that would have gotten voted in in October didn’t make the cut in January. It also meant that we where able to write songs during the process and the song “Sound of the loud minority” didn’t come about until the final recording session for the drums.

Rockpages.gr: You were formed in Malmo, a place where Sweden is connected to Denmark via the famous Oresund Bridge. How different are the Danish people compared to the Swedish ones and by the way have you watched the popular TV show “Bron/Broen”?

Joel Cirera: They like beer more than we do! They are also more into the heavier metal scene overall but we have played a couple of times and have enjoyed ourselves every time. Sorry never watched the series but I have heard that it’s very good.

Rockpages.gr: What do you think of the current hard rock scene in Sweden?

Joel Cirera: Many bands that started at the same time as us are calling it quits and start to tell you how old you’re becoming. Crucified Barbara has called it quits, Crashdiet lost a singer (again) and H.e.a.t seems to be on a long break. I’m sad to say that I nowadays have very little knowledge about the rock scene in Sweden. I´m a family man and spend my evenings with my wife and son so looking up new bands is something I don’t have time for. But there will always be great bands coming from Sweden. There a lot of them which leads to a healthy competition and the musicality coming from kids in the late teens are amazing to see. 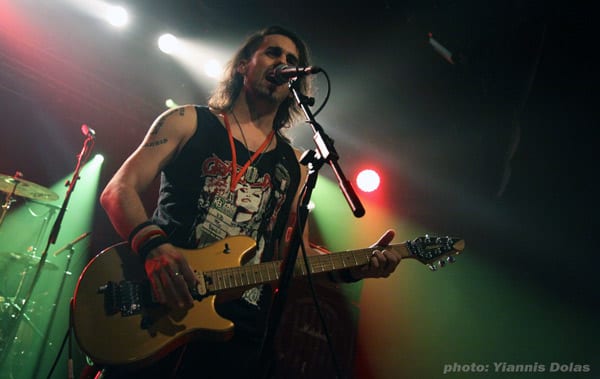 Rockpages.gr: Many rock bands try their luck with the Eurovision song contest. Has it ever crossed your mind of attempting something in that capacity?

Joel Cirera: Of course! There is no bigger media coverage than the Eurovision. A band of our size doesn’t have the economic backing that we would need for spreading the name so the Eurovision is a great way to make a name for one self. Just look at Lordi! But it’s extremely hard to get a foot in. we maybe lucky next year, who knows? 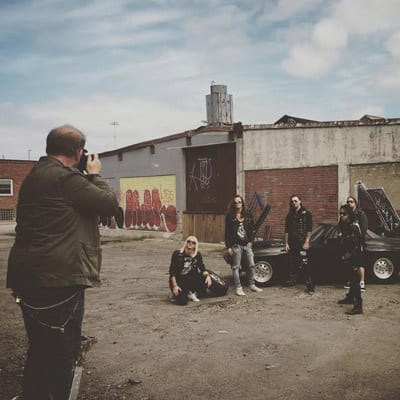 Rockpages.gr: Recently Abba celebrated its 50th anniversary since Benny and Bjorn first met. As a matter of fact, they even performed a song together after so many years apart. How important was Abba’s contribution to the popular Swedish music. By the way, were you influenced at all by Abba’s melodic approach?

Joel Cirera: Abba’s contribution to Swedish music as a genre and as a musical export speaks for itself but I don’t listen to them at all and I don’t know about the other guys. I think we prefer Alice Cooper (laughs)!

Rockpages.gr: New Studio Album, New Live Album, New Guitarists…it seems that Crazy Lixx is back on track. What are your future plans?

Joel Cirera: We are actually going to start recording drums for a couple of new songs during the summer and continue to do so during the fall. We are also featured on the new “Friday the 13th” game the will be released sometime next year, I believe. We are going to have two new songs in the game and I think they will be available for the public sooner or later. We are also going to play in your beautiful country as well as our first time in Russia and a gig in England and things pop up every now and then so it going to be a busy 2016! 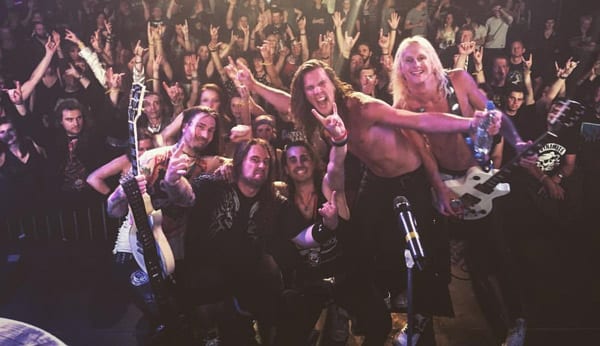