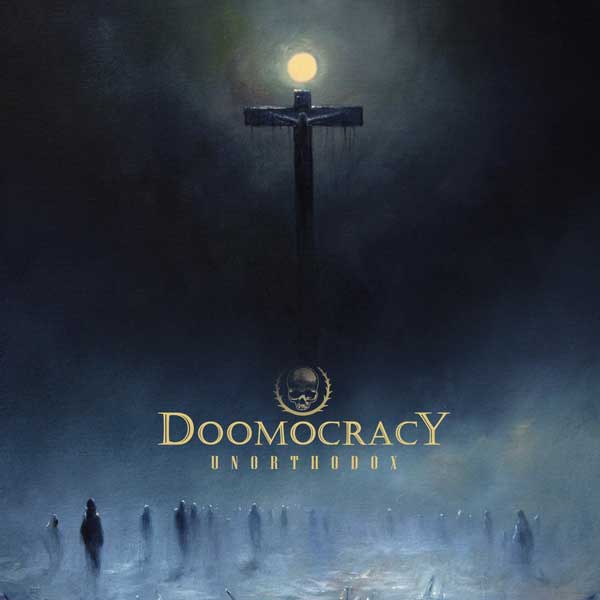 Third album for Doomocracy from the island of Crete, a band that stepped into the spotlight right from its debut back in 2014. With the first two albums the group became a force to be reckoned with as far as it concerns the doom metal cosmos but a third effort is always a defining and crucial step. Do you continue on the exact same path or do you dare to change but in a manner that won’t disappoint or alienate your current audience and might even introduce you to new fans? Doomocracy chose the second option and so their Candlemass/Sorcerer side made way for a more Memento Mori/Tad Morose/Memory Garden approach. Always within the boundaries of the Swedish metal universe though. And what more credible testimony to that than having Mike Wead and Simon Johansson behind the console and Miguel Robaina on keyboards. The epicentre though, once again, is Michael Stavrakakis and his siren like vocals that reach soaring heights. Unorthodox is a piece of art crafted by musicians that have complete and utter knowledge of the particular sound and are dedicated to every detail, from the album cover to the very last note. The whole atmosphere is truly remarkable and captivates you in a dramatic world that the band has created while telling tales of dark and spiritual times.