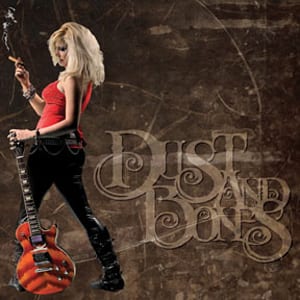 The boys from St. Louis, MO, were “built” just three years ago, yet they’ve managed releasing their second album… So, we enter the “Rock and Roll show” and listen to a band playing and sounding authentic music and “old school” respectively. This is actually a (kickasshard) ROCK band, featuring their own material, their own style, their own vocal color.
Initial chords blast in and one can easily understand their influences are the proper ones, the source of all good music. Aerosmith, the Sleaze catalogue, early Def Leppard and some more. Anti-melancholic music, rough n’ tough, honky outbursts and “I wantcha, I need ya, I gotta have ya”!
Want some tracks to get you off your seat and make shiver and shake? Piece of dust… “Hypnotize” and “Set you free”, “Life of the party”… Dude, this voice has got a lot of Joe in it! They also mention (as influences again) Alice Cooper, KISS and… Iron Maiden? Cool, I’m in! As for you, my darling friends, all you have to do is think about twelve songs awaiting thee and twelve fantastic reasons to have your own Rock and Roll show at your place. Have a Dusty time!