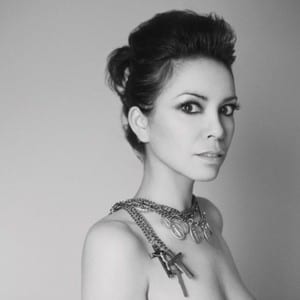 My first acquaintance with the Canadian singer/songwriter was a couple of years ago when I had the pleasure to conduct an interview with her for a Def Leppard Special. You see, Emm Gryner had collaborated in the past with the Sheffield lads while Joe Elliott had done a duet with Gryner in her previous album. Emm Gryner is a rather typical case of an artist that has managed to establish a name in her homeland but she hasn’t achieved in breaking to the European or American market. The fact that she has released almost a dozen of albums and has been nominated many times for various awards is sufficient enough of Gryner’s remarkable and qualitative credentials.
“Northern Gospel” is really no different to her previous records of the latter years. It displays in vast quantities brilliant, melodic and piano-oriented pop ballads, up tempo pop-rock moments that could have easily fitted on a Stevie Nicks record and a crystal clear production that designate such brilliant songs as “Last Day On Earth” and “Ageless”.
I think that it’s high time for people to get to know more about Emm Gryner!
Highlight: I insist that Gryner should record in the near future a pure rock record. Her voice suits perfectly fine with that style of music.