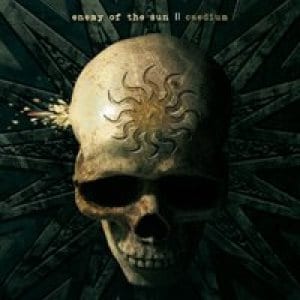 It’s Metal, it’s Thrash as well, it’s also alternative, it’s got some Progressive elements, too; these musicians are superpros; singer could be Rage Against The Machine frontman, yet he could also step out for In Flames… Drums may be alien, cuz technique is superb, absolute, beyond competition… It’s another creation by huge Waldemar Sorychta, the musician and producer we met through his work with Grip Inc. He has also cooperated with bands the likes of Lacuna Coil and Moonspell. The man is a genius, that’s precisely why everybody wants to work with him. Sophomore album with this band is here to certify that “Music is just one”, blending a dozen musical idioms and a whole bunch influences and inspiration motifs. Latin word “Caedium” stands for self-inflicted death without meaning suicide. Actually, the album concept has to do with the awful things man is doing to mankind, sometimes with no intention.
Incredibly inyourface music, with masterpiece-ic breaks and melodic choruses. “The power of Mankind” is a characteristic sample of this work. We are talking serious mileage of sweat and hard work and professional playing. Especially drum-wise. Those of you into the instrument, you are in for some serious nightmares. Sorychta’s guitar is sometimes black, other times blue, flirting with Satriani’s garden. Let’s blend some Slayer along with some… Blind Guardian? Man, this “Ticket” will drive us all crazy!
The very sample of pure inspiration and exceptional talent. Approach!

Enemy Of The Sun