Europe’s tour manager leads us to the backstage area which vividly reminds of the Spinal Tap movie due to the complicated corridors and stairs. After a while we find ourselves at Mic Michaeli’s room where the smiling keyboardist welcomes us. Although he wasn’t quite aware of how big (make that “huge”) the song “The Final Countdown” is, Michaeli underlined that he knew a few Greek words. A couple of hours later Europe would hit the stage of Corn Exchange in Cambridge and take us all by storm(wind)! Many thanks to Duff Press Management. Interview: Sakis Nikas – Dimitris Kazantzis / Camera: Yannis Dolas

Rockpages.gr: Congratulations on yet another excellent album. I really mean it! Once again, you pay tribute to the early 70s classic rock sound and actually I wrote in my review that it reminded me of Deep Purple, the MK III era…do you agree with this?

Mic Michaeli: Yeah, sure…that’s what we grew up with. Once we started playing together…even before…when we started getting interested in rock music, that’s the think that we’d been listening to…like Deep Purple, Black Sabbath, UFO, Thin Lizzy…all those 70s bands. So it wasn’t…we didn’t say to each other “let’s do a 70s album”. We just wrote songs and we didn’t really have a clue. But the way that we recorded (the album) it was very much like the way they did record in the 70s. So, I mean we recorded the songs live in the studio and it was very nice…it really worked for us…our producer, Dave Cobb, did a great job.

Rockpages.gr: Although I love all the records that you did after the reunion, I must say that I really enjoyed the fact that you left aside the overall dark mood of “Bag of Bones” and instead recorded a more up tempo bunch of songs this time. Do you think that this more –shall we say- positive approach fits better to the band?

Mic Michaeli: I love both albums…I think that this album is more of a mixture between the optimism and the dark side. I think the dark side is still there in a way. I mean…this is the best album that we ever made so far. In that sense, I guess you are right (laughs). 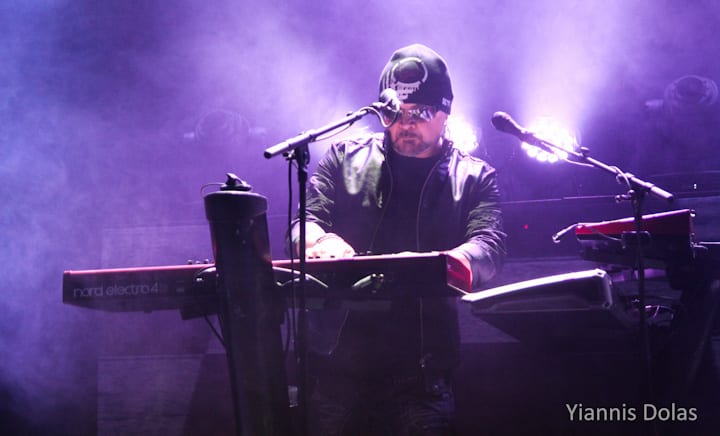 Rockpages.gr: You are in the middle of a tour with two bands that play different kind of music. What do you think the feedback will be?

Mic Michaeli: Do you mean the feedback of the audience?

Mic Michaeli: I think they are gonna love it. I think we got a great set up here cause we have The Amorettes who are young and a very energetic band…really fantastic on stage. I really enjoy watching them. Black Star Riders…Scott (Gorham) is an old hero of ours from Thin Lizzy. They have a great following especially in the UK…and of course there’s Europe! I think it’s a perfect line-up that we have here.

Rockpages.gr: Will you tour outside of England with this line-up?

Mic Michaeli: We decided to do England, Scotland and Ireland now. We will do some shows with Black Star Riders in America later this year. But right now we are just doing the UK and in the fall we are doing the rest of Europe or not the whole rest of Europe because unfortunately we don’t have any shows in Greece but you never know. 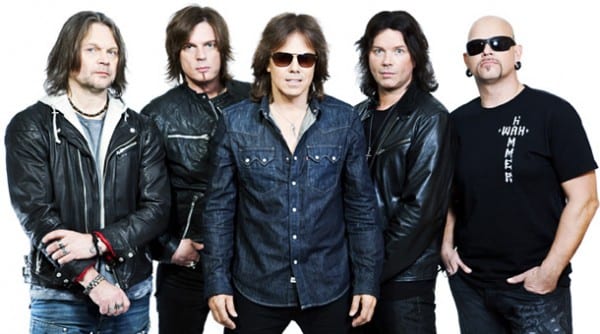 Rockpages.gr: I want you to be honest with me…when you decided to reunite and write songs in a totally different way compared to your trademark past sound, were you afraid of how the fans and the press would react to it?

Mic Michaeli: Yeah sure…we didn’t know what to expect. We didn’t have a clue. The thing is that we decided…I remember we sat at my kitchen table of my apartment in Stockholm and we had a meeting…talking about whether we should put the band together or not. We finally decided to put the band together but not try to sound like we did in the 80s. We wanted to do what we wanted to do and be a present day band. So that was a deliberate decision not to go back to the 80s. For us…of course, we might lose some fans but on the other hand we might gain some other, new fans. But most importantly we are doing exactly what we want to do and that’s the most important thing for us.

Rockpages.gr: Do you think that the fact that you continue with a totally different sound adds more to the credibility of the band? After all, you are not a nostalgic act…

Mic Michaeli: I think so…if you want to keep the band alive and vivid I think it’s really important to be honest. There are a lot of bands from the 80s that were really big in the 80s…they are still around but they only tour playing the old material. I don’t think we could pull that off. We would just get bored…I think. We need to come up with new music and write different stuff…little bit different directions, you know…in our little musical universe. We are really grateful to the fans that join us on that journey.

Rockpages.gr: Would you describe in a few words a typical day in the late 80s of a rock star like yourself?

Mic Michaeli: No, I don’t remember anything (laughs)! Oh man…there was a lot of touring! There was a lot of not seeing your family…your kids. There was a lot of fun, of course…but back then, there were so many massive tours…months away from home! Nowadays we can have more control over the situation. We try not to keep the tours too long. I mean three weeks tops (on tour) and then take a couple of weeks off and then again three weeks (on the road) and short of get back home; see your kids and family. 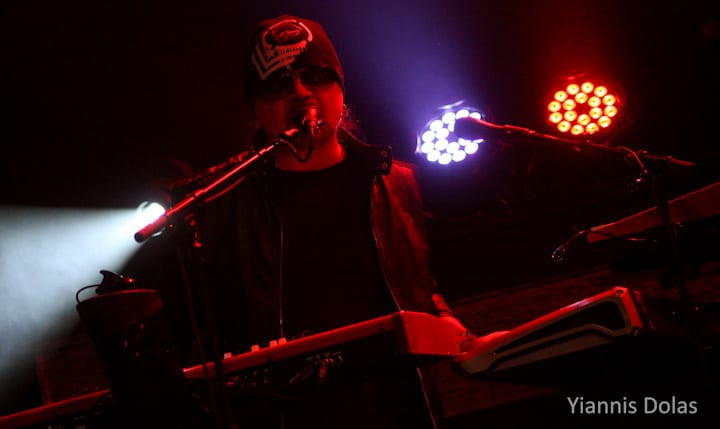 Rockpages.gr: Staying at the 80s topic…Kee Marchelo did a fantastic job as the replacement of John Norum but did you feel that there was something missing when John was not in the band?

Mic Michaeli: Yeah! I don’t know…it’s hard to describe what it was but I think it’s the nerve and the soul of John’s playing. I kinda missed that. Also, we grew up as young kids in the same area. John, Joey, Jon, Ian and myself…just north of Stockholm in a suburban area. We kinda went to the same places; we saw the same bands together and before the Europe days we went and see each other’s bands. So we had this thing from the same place. Maybe this had something to do as well…Kee is a fantastic guitar player…I have to say that, too.

Rockpages.gr: Is it safe to say that if you had to print your own official biography, its title would be “The Final Countdown”?

Mic Michaeli: Well, we have to wait a long time before we write such a book! But…why not? 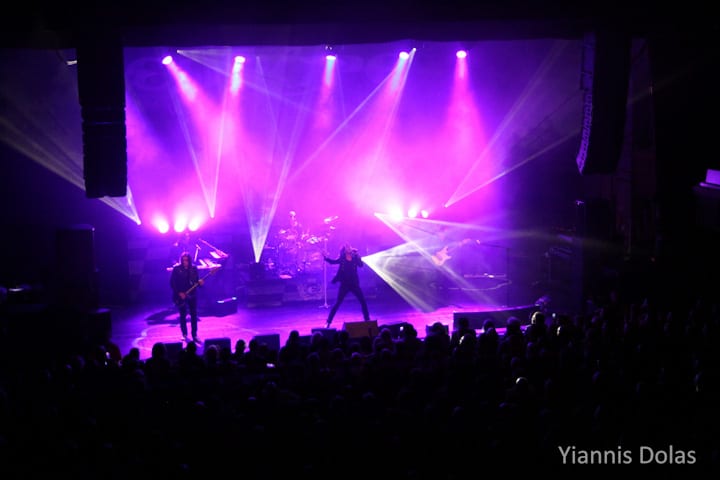