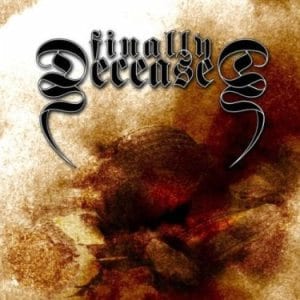 “Finally Deceased” are a German Band which was created in 1991. They released an EP in 1995 and they immediately began recordings for their debut album which is “Finally Released” … in 2011!!

The “Finally Deceased” trio play classic “Death metal”. Their sound resembles the sound of “Venom” (Which is a good thing). I would like to say their sound is “Old school” but I think that is redundant because the songs ARE old.

If I heard the album back in 1995 I would say that “Finally Deceased” is a mediocre album. In 2011 I say that the band should write some new material if they would like to have a future in the business. They are a good “Death Metal” band, with some nice bursts guitar-wise, but the general feeling isn’t something special.

The first album of the Germans is really a ’95 release. From the “Album Art” to the photos they have used and the sound of the album. What happens in 2011 though??