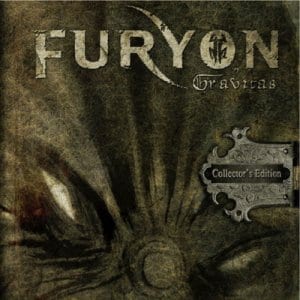 Welcome, welcome! We’ve seen the English band over High Voltage last summer and we were really proud of them guys. “Gravitas” was released in 2010 by the band themselves; this is now though, with Frontiers in the picture, universal distribution and a couple of cool acoustic bonus trax. Metal and Heavy Rock and a fantastic attitude. “Disappear again” is genuinely Metallic and “Don’t follow” is a dirty Rocker thunder. Check out their video for this song, it’s Zuper! Joe Elliott considers them as one of the best new bands and he’s totally right! They are true craftsmen when it comes to music, they know how to bind heavy riffs with Rock know-how.
“Voodoo me” and the guitar part is Exciting! Then voice enters and it’s pure massacre. The gear, the amazing expression, the style. This is so heavy! Speaking of heaviness, it’s time for “Fear alone”. This song maybe the best in the album, featuring guitars blasting and ripping stainless steel like butter! Yep, this is the roughness we adore!
On the other hand, the band knows how to unfold their best cards throughout the course of the album action. Ballad “Our peace someday” is crystal yet tough, the chorus is different; it’s more barbaric, more titan.
It’s eight minutes till the end of “Desert suicide” but… it totally deserves all the 8minlongs in the world! Cruel, bolstering, with Vai guitars and a spectacular solo, this one is the epilogue we were dreaming of!
We couldn’t possibly ask for more. This is one of the best debuts over the past ten years. This is one album which is gonna be among the best albums of the year. Boys made the best start they could! Easily!