Having released their debut and played their first shows, Gentihaa talk with Konstantinos “MindcimeK” Vlahos about “Reverse Entropy”, the concept, Dimmu Borgir and their future. 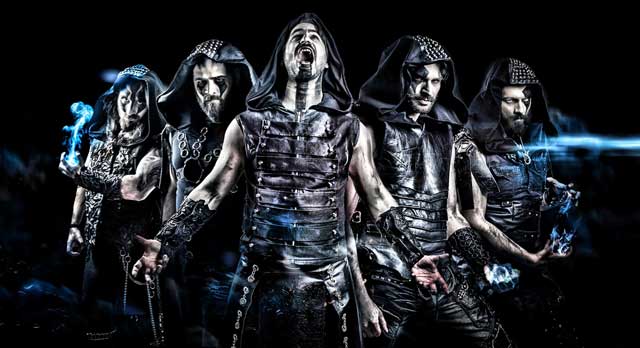 Rockpages.gr: Tell us a few words about the band’s creation
Beheaal: The first idea was started by Valgran (George Giannopoulos) in 2015 when he was already writing the songs for Reverse Entropy. So, he started looking for members from the Greek scene to complete the band’s lineup and implement the great idea he had conceived. The first and oldest member of Gentihaa is me on bass (Babis Kapageridis), when my collaboration with Valgran began back in 2015. Then sometime in 2016, the singer Andre Boutos, guitarist Ros Dracul (Spyros Roditis) joined us, while our latest member was drummer Merenhor (UnheloS amm)

Rockpages.gr: Does the name of the band mean anything?

Beheaal: When we started thinking about names for the band, we wanted to come up with something that has never been used anywhere ever before. Then, totally by chance, Valgran was reading an article on a web page of historical content and he noticed a circular symbol bearing the name of a demon. So looking at this picture, he read the name from the wrong perspective … So that’s how the name GENTIHAA came to play! It was a name that when he told us, we all agreed straight away saying that we had found the right name for the band at last! 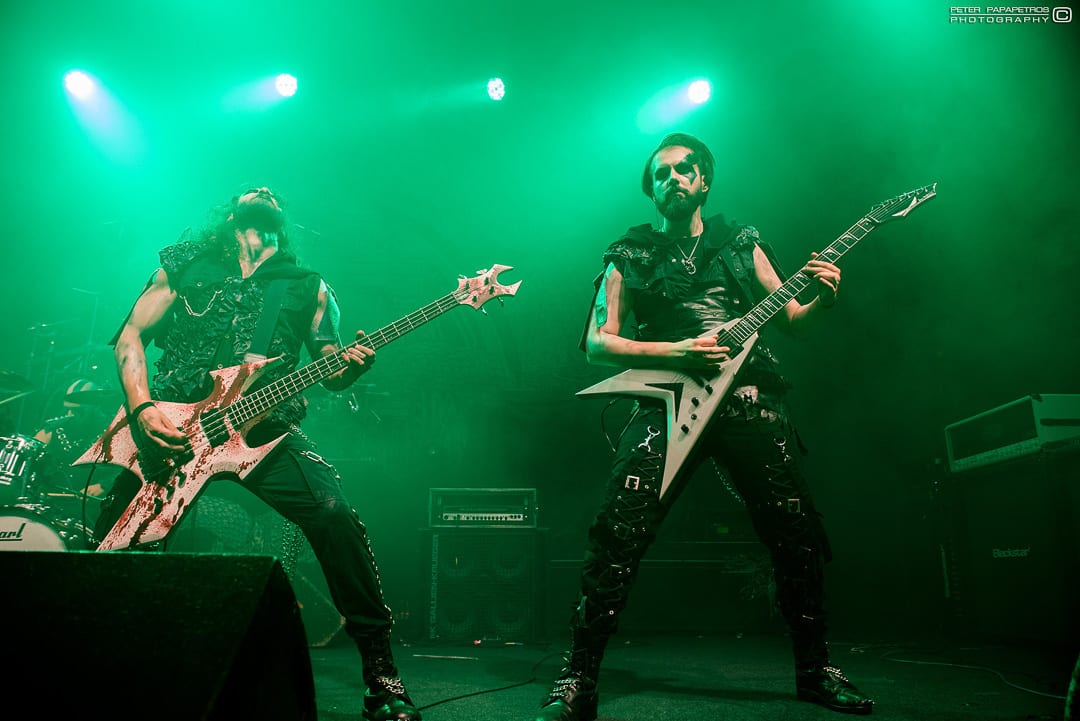 Rockpages.gr: Nowadays music tags are not very important, but we listen to your music in different substrates. What are your influences?

Beheaal: Behemoth… Cradle of Filth… ArchEnemy… Kamelot… All of these cats are great influences and it would be just as much fun if we shared the stage with them one day!

Rockpages.gr: Now that the record is out there are you satisfied with the final result?

Beheaal: The final result goes beyond all our expectations! First of all I don’t think we need to say much about Bob’s work and production as this guy is, judging by the result, just the best in Greece! Also when it was time to record the drums as well as to do the Mix / Mastering on the album, Bob recommended us the excellent Foti Benardo and the result justified our vision for “Reverse Entropy” …

Rockpages.gr: Who’s responsible for the compositions and who wrote the lyrics?

Beheaal: Valgran is responsible for the compositions and Andre for the lyrics. 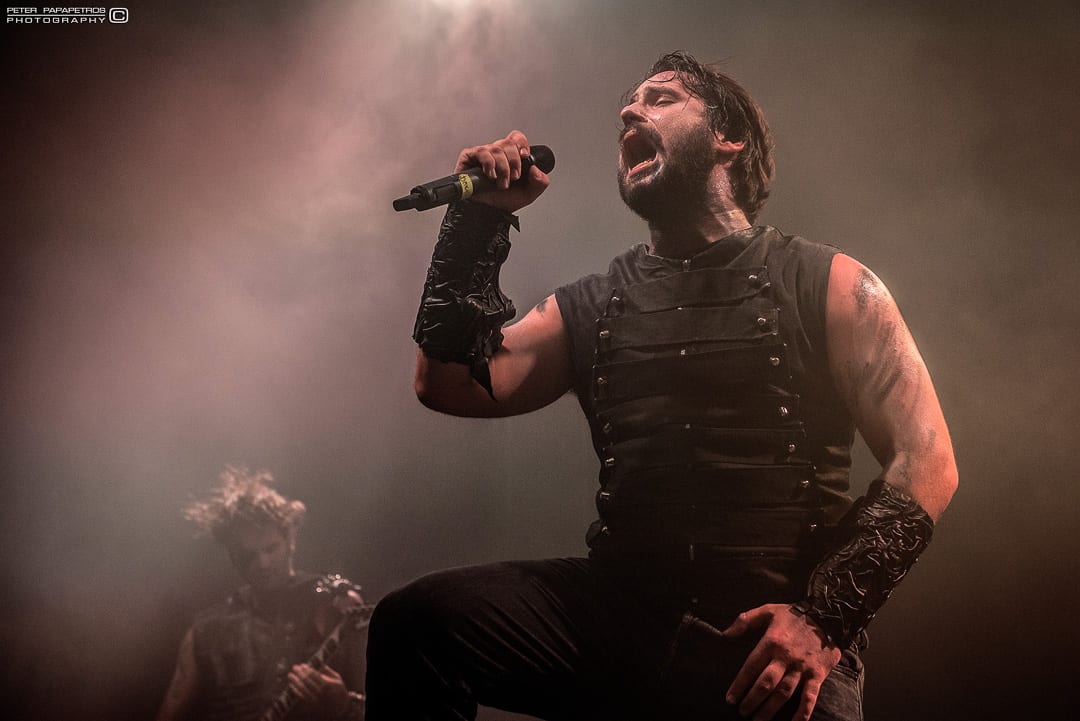 Rockpages.gr: You have a lot of aesthetic attention. Is it due to this concept and will it continue in the future as part of the band’s identity?

Beheaal: Yes and no … And I’ll explain immediately what I mean … First of all we wanted GENTIHAA to have a spooky character and look … So we found ourselves with the talented designer of such looks / costumes Natalie Christakis, we explained the concept behind each character / member of GENTIHAA as we had each imagined it, and the result ultimately justified us… But… !!! The particular look you saw witnessed in our show supporting Dimmu Borgir was clearly about the concept of “Reverse Entropy”…

Rockpages.gr: Was it easy to have Tom Englund as a guest on the album and did he offer what you were expecting?

Beheaal: I haven’t been there when the agreements took place, but I can’t go much further into the subject… Back in 2014 if I remember correctly Evergrey played 2 shows in Athens. On one of these nights, Valgran and Bob Katsionis bumped into Tom at a… strip club, it was there when the deal was made … (To my knowledge this is a pretty spicy story let’s stay in basic hahaha)
Now regarding the final result, we were more than happy, and in the future there may be a possible guest appearance of Tom on our live show singing on the 2 specific tracks… 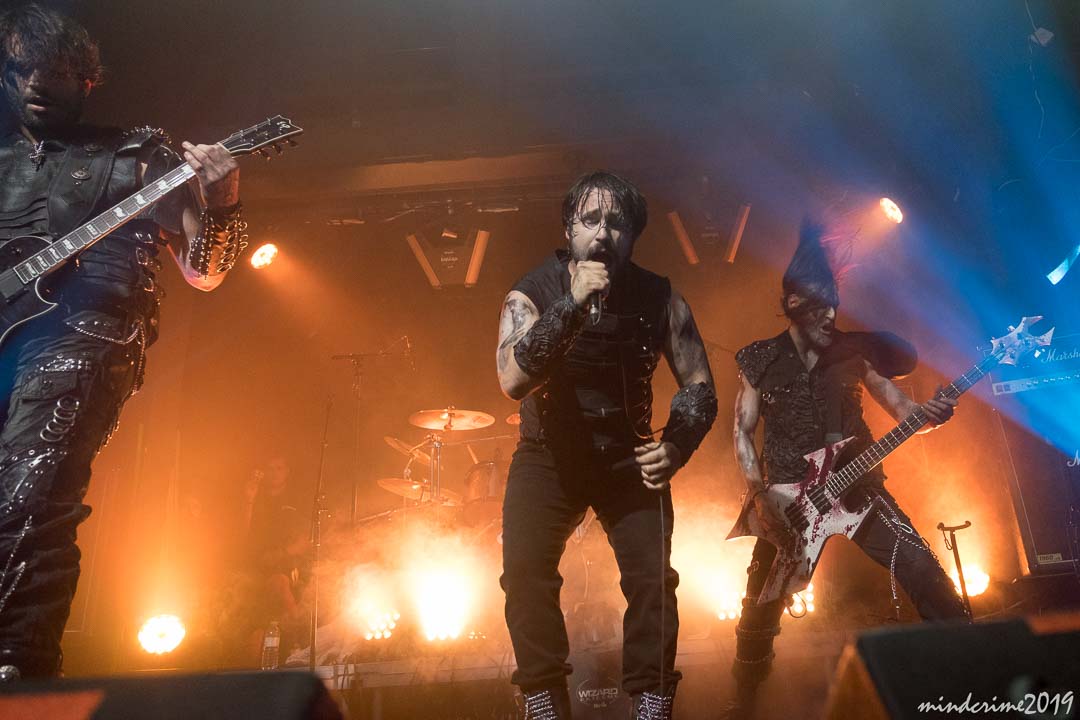 Rockpages.gr: How was the experience of opening up for Dimmu Borgir appearances that you reasonably adore as a band?

Beheaal: Dimmu Borgir is a band that had influenced heavily all members of GENTIHAA and sharing the stage with them was a dream of a lifetime. So, we said that when our work was done and to the public, Dimmu Borgir will be one of the behemoths of the extreme sound that we’d have to work with! None of us, even two months after our 2 live shows, can express the feelings we felt those two nights of September … Feelings vary … Joy, excitement and eagerness I could already say about some future collaboration, from what we feel. Personally, I was amazed how warm was the response of the Greek metal audience and how friendly Dimmu Borgir were to us throughout this mini Greek Tour. When we finished our first live in Thessaloniki and went backstage, Galder (Dimu Borgir guitarist) approached us and told us he couldn’t believe it was our first show ever! After that I think we must have done something right ..

Rockpages.gr: How difficult is the second step and what are your plans for the future?

Beheaal: I could say that we are now in a wheel that has already gained its own speed and is just rolling … As for our future plans, we are already in discussions with local, top bands, for some upcoming tour in Greece and abroad.

Rockpages.gr: How would you like to conclude this interview? 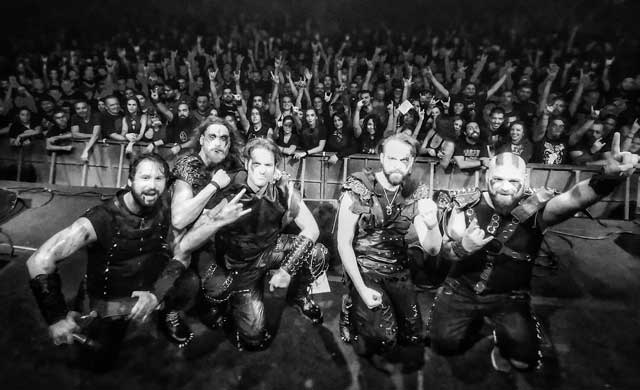