Νext day of the festival , which was sold out and started later for me .When I say sold out I mean over 100.000 people. So you understand that this was gonna be a hell of a party. Especially at night.

The interesting part for me started around 16.45 , when Godsmack came on stage and totally made my day. One of the best bands of the festival so far and one of my favorites too. They were so professional and so enjoyable to watch them live, that I wish they had the double time to perform and not only 50’.But in these 50 minutes I had the best time. I loved the fact that I had the chance to see live one of the best metal drummers, Shannon Larkin , while he kicked ass , especially when he joined forces with the singer of Godsmack, Sully Erna.

1000hp, Cryin’ Like a Bitch, Awake, Something Different, Keep Away, Voodoo, Batalla de los Tambores, Whatever, I Stand Alone 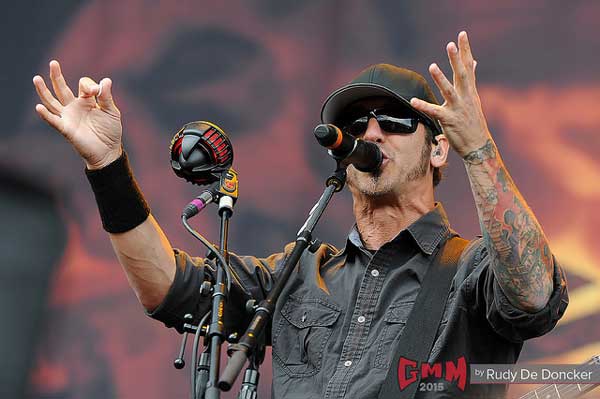 There was no time to rest .We already had warmed up, when on stage climbed my second favorite band of the day, Five Finger Death Punch. Unfortunately I couldn’t watch the live, as I wanted ,because I was trying to save myself from all the crowd surfing that was going on over my head. During their show and when they started to play the song ’’Βurn It Down’’, the sound muted for the audience and only the band could listen to themselves playing. Hopefully a FFDP roadie informed the band immediately and they stopped playing. Ivan Moody turned his monitors so we could listen to him telling jokes, until the sound problem was fixed. The band started playing again and everyone went even crazier, crowd surfing and falling into the pits. FFDP is one of the top five live bands that you must see live and that’s a fact.

Under and Over It, Burn It Down, Hard to See, Lift Me Up ,Bad Company (Bad Company cover),Burn MF ,Coming Down ,Never Enough, Encore:The Bleeding ,The House of the Rising Sun [traditional] song) 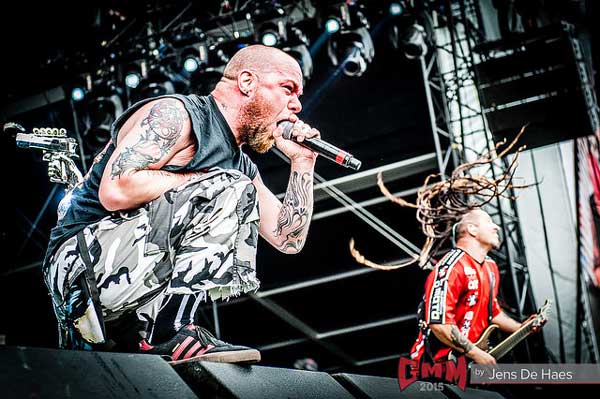 After exactly 5 minutes and with my body aching from head to toe, I run to the main stage 2 so I could be as close as possible, to watch Alice Cooper. Alice was touring with Ryan Roxie, Nita Strauss,Tommy Henriksen and Glen Sobel. It was an amazing show from the prince of darkness, with all the tricks that he is known for. This means decapitation on stage, sexy plus evil nurses, a Frankenstein big as hell and many more things that happened that day on the stage of Alice Cooper. A treat for the eye and ear, since he never lost his talent to perform and sing. Thumbs up for his choice to add those 3 guitarists in the tour. It was the most hard rock live of the night.

The Underture ,Department of Youth, No More Mr. Nice Guy, Under My Wheels ,Billion Dollar Babies ,Hey Stoopid, Dirty Diamonds,Welcome to My Nightmare,Go to Hell ,Feed My Frankenstein ,Ballad of Dwight Fry ,Killer, I Love the Dead ,I’m Eighteen, Poison ,Encore: School’s Out 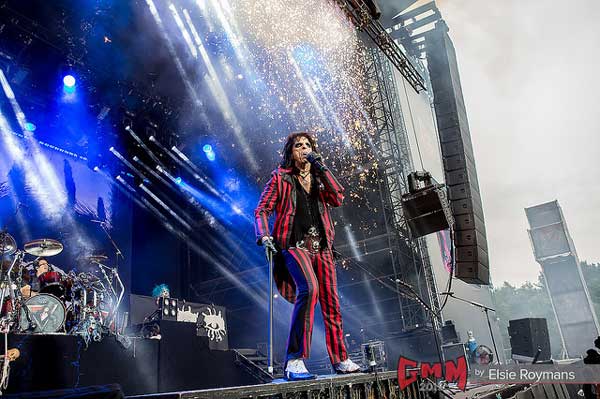 The next big band of Graspop, was the well known to all heavy metal fans, Judas Priest with Richie Faulkner, their latest addition on guitar ,who was making a real difference with his moves and mood while performing. He was the only member that I couldn’t stop watching .He was that good. Unlike Halford , who was trying really hard to sing metal anthems like ’ ‘Victim of Changes’’ or‘’ Hell Bent for Leather’’ .The most interesting part of the show was of course the bands style choices and the whole set up of the live, which made you unable to stop staring at them after a while.Τhe setlist was well chosen and concerned every fan without exception. 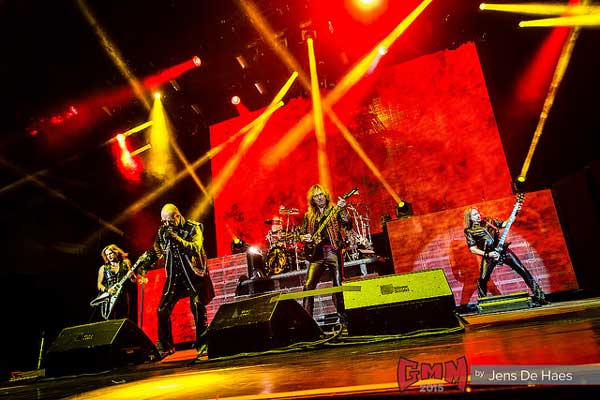 The Saturday line up came to an end , with the band that’s responsible for the sold out. Slipknot. A band that has gained a huge recognition, mostly due to its extreme style. The whole promotion idea ,with the masks, was and still is brilliant , with the extra members who create all the fuzz on stage and under it. Slipknot deserves to be famous , since they have really tried to get there and headlining such big venues. The show included everything, from huge round platforms that lifted two of the members in the air, while they were banging their hands towards big toms ,to huge fire explosions. Nevertheless , it didn’t come even close to what KISS had prepared the day before.

XIX ,Sarcastrophe ,The Heretic Anthem ,Psychosocial ,The Devil in I ,AOV ,Vermilion ,Wait and Bleed ,Killpop ,Before I Forget ,Duality ,Eyeless ,Spit It Out ,Custer Encore:,742617000027 ,(sic) ,People = Shit ,Surfacing ,’Til We Die 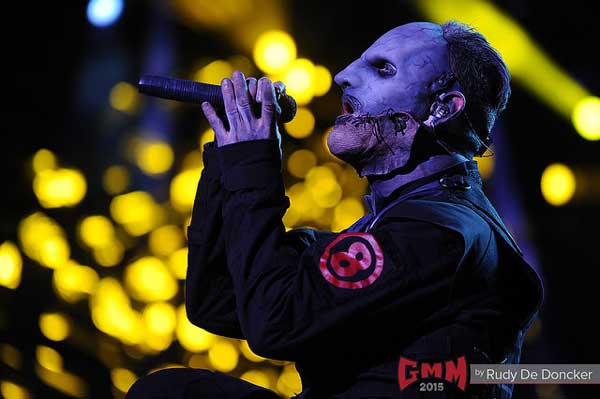