In the wake of Hammerfall’s upcoming shows in Greece, we took the chance to create a 60-minute tape (yes, we are old school guys here at Rockpages) that depicts the best or even better favorite songs from the band’s back catalogue. Needless to say that the Swedish outfit is responsible for one of the best heavy metal albums of all time, the masterpiece called “Glory To The Brave” (1997) so our presence in the two Greek shows is not only requested but it is literally imperative! 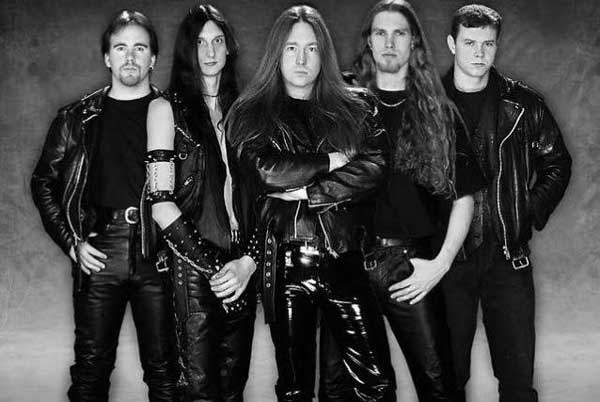 1.    Steel Meets Steel – A classic, up tempo Hammerfal tune that has become a staple on their live set.
2.    The Dragon Lies Bleeding – This is exactly where everything started. This is the song that opened “Glory To The Brave”.
3.    Glory To The Brave – The title-track which quite possibly be the first truly majestic composition by Hammerfall.
4.    Heeding The Call – The amazing first single of “Legacy of Kings”
5.    At The End Of The Rainbow – Mid tempo anthem with Bill Tsamis from Warlord as special guest on guitar.
6.    Templars Of Steel – The name of their fan-club, isn’t it? This is the opening track of their third and clearly more polished third Hammerfall album.
7.    Always Will Be – This is the typical but at the same time brilliant Hammerfall ballad. The video-clip is great, too…

1.    Hearts On Fire – Cued off the underrated “Crimosn Thunder” album.
2.    Blood Bound – Amazing, up tempo song that should not be omitted from any Hammerfall concert (or cassette, for that matter)!
3.    Last Man Standing – Truly inspired lyrics, excellent Dronjak riff, and flawless performance by Cans. Nuff said…
4.    One More Time – Yes, I know…this is not a characteristic Hammerfall song. But it has something really mesmerizing and catchy. “Infected” deserved far more…
5.    Hector’s Hymn – This is Hammerfall that we love…in your face power/epic metal! A tribute to the band’s mascot and the band’s legacy.Αυτοί είναι οι Hammerfall που θέλουμε…in your face, power/epic metal! Στίχοι-φόρος τιμής στη μασκότ της μπάντας, τον Hector αλλά και στη συνολική κληρονομιά των Hammerfall.
6.    The Sacred Vow – By far the best cut of the simply OK latest Hammerfall album. 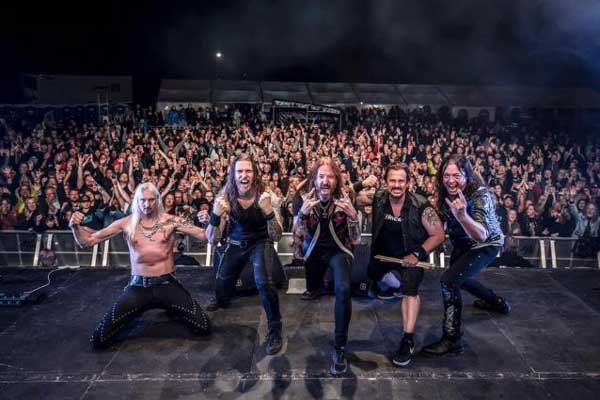