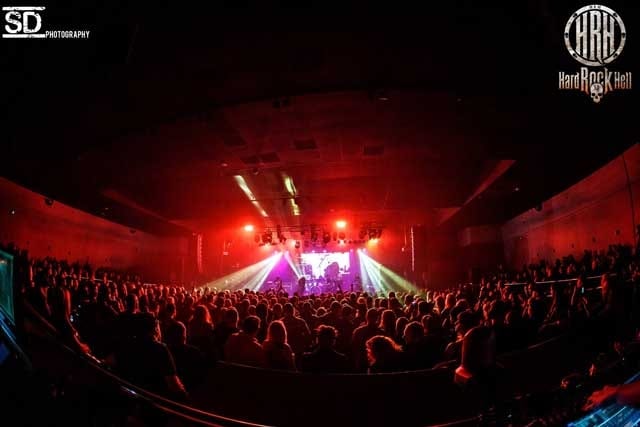 It’s a virtue to be on time to your appointments, even if they are informal. You are the one to make them typical, when you have to deal with situations which are almost perfect. Such a situation is the Hard Rock Hell festival which hosts us every year on the coasts of North Wales, providing us with every help you can imagine.
Thus, let’s meet with this year’s Hard Rock Hell.

Having arrived late in the afternoon at Hafan Y Mor, after the ordinary long journey, we received the keys of our rooms, our accreditations, etc. and we visit the two stages. In the big one, after the performance of Edan’s Curse and Myke Gray Rock, Goddess seem to enjoy it with a dynamic appearance.

They are followed by Phil Campbell and The Bastard Sons, with a lot of Motorhead on their set and of course several tracks from their first album, The Age Of Absurdity. The band seems to become tighter and performs a very modern rock and roll. Born To Raise Hell, Rockout, Ace of Spades, R.A.M.O.N.E.S., Freak Show, Get On Your Knees, Silver Machine and more, exhilarated the British audience that loves performances like this! 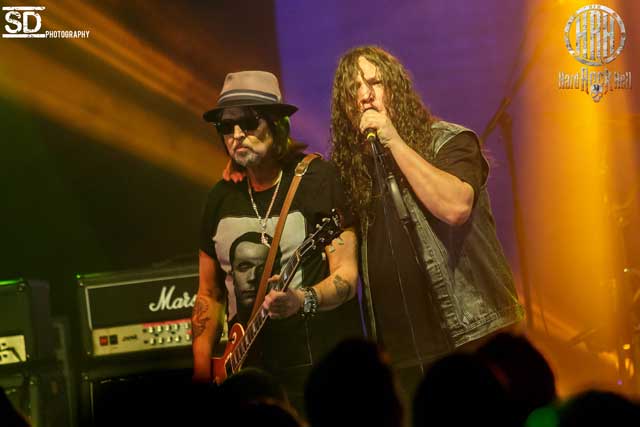 This first night of the festival completed with the best possible way, which was no other than Michael Scheker Fest. The great guitarist performed on stage with the four singers he has done great things over the last few decades. Robin McAuley, Gary Barden, Graham Bonnet, and Doogie White. Sometimes together and some others solo, gave the feeling of a real festival. Robin McAuley was the leading figure as his voice and his presence seemed to be extracted from the days of 1992. Schenker started the show alone with the first part of Holiday. It was a great performance from the band. Personally, I got enthusiastic and I suppose that everyone from the audience, which had filled the hall, felt that way. 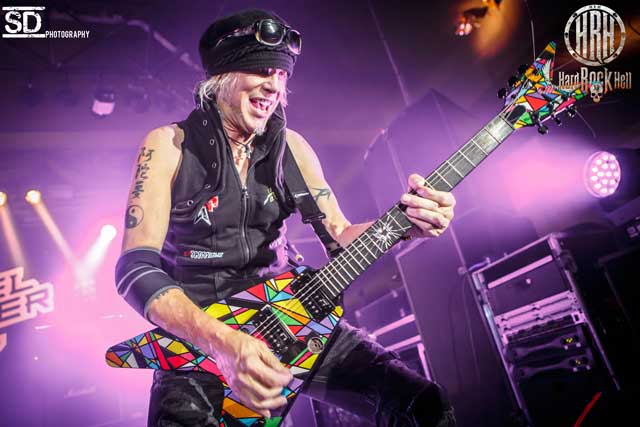 Early on the second stage, Dead Man’s Whiskey draws attention with a very strong, low-tuned and melodic sound, a main characteristic of the modern English hard rock scene. Very good band! Shortly after, on the other side, Thunderstick also attract the attention of the audience. Typical metal, well-played, but what raises the interest is the singer with a lot of cloth changes, and a very good performance as well. All the members of Thunderstick shined at this performance.

Blitzkrieg followed. I’d never seen them before and I can admit I enjoyed it. They played old school metal, with Brian Ross showing his love to Judas Priest, when he played (only) The Hellion, and Metallica

Setlist: Armageddon, Reign Of Fire, Return To The Village, All Hell Is Breaking Loose, A Time Of Changes, Loud And Stream, In, Angels Or Demons, The Hellion, Blitzkrieg 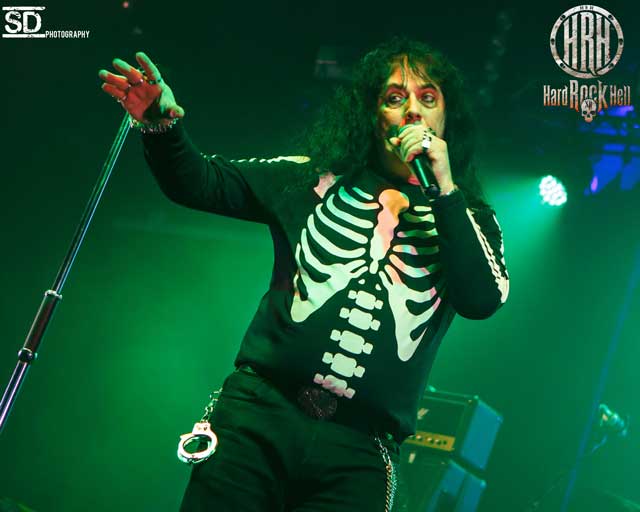 Due to some obligations in the press room, it was impossible for me to attend the performances of Vintage Caravan and Dan reed Network. However, I would certainly not lose Girlschool. I like to call them female Motorhead, and they always justify me. It was a great show, with a one-hour set with the best hits of the first period of their carrier and also some newer ones. It’s always a feature of them showing great mood on stage, as they learned in an absolute rock and roll carrier. 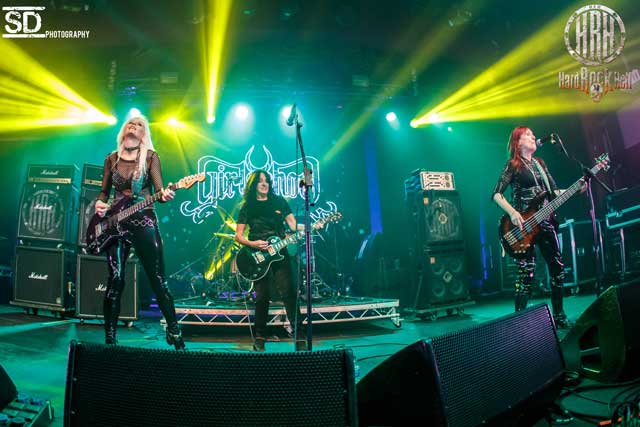 Saxon always present excellent shows! I have seen them more than fifteen times and each one is better than the previous. Ageless, and decent, they gave another great show with ‘anthems’ that nurture two or three generations. I once again I gone jealous of the fan who gave his jacket to Biff and got it back signed! Excellent performance, tireless musicians, there are no words to describe Saxon. When you listen to…..

Thunderbolt, Sacrifice, Nosferatu (The Vampires Waltz), Motorcycle Man, Predator, Strong Arm Of The Law, Battering Ram, Power And The Glory, Solid Ball Of Rock, The Secret Of The Flight, Dallas 1 PM, They Played Rock And Roll, And The Bands Played On, 747 Strangers In The Night, Sons of Odin, Crusader, Princess Of The Night, The Eagle Has Landed, Heavy Metal Thunder, Wheels Of Steel, Denim And Leather 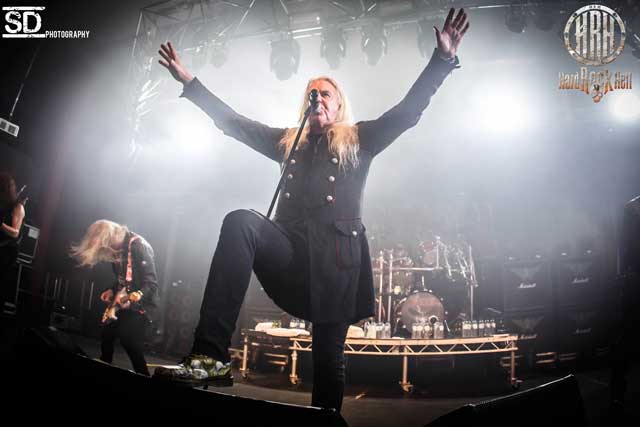 We have many things to do today. You will learn them in the near future with very interesting interviews. So, the live started with a small delay, with Tygers Of Pan Tang. Although I’m not so much fan of N.W.O.B.HM, I can say that the ‘warhorses’ pleased me. It was a dynamic performance, proper for the fans of this kind of music. The band showed us that is in a good condition and has still enough to present.

Setlist: Only The Brave, Love Do not Stay, Lonely At The Top, Ganglad, Euthanasia, Take It, Hold Me Alive, Glad Rags, Slave To Freedom, Devil You Know, Hellbound, Suzie Smiled

The performance of John Coghlan with his band John Coghlan’s Quo that followed, demonstrated why Status Quo continue to fill the arenas! With a pure Status Quo set, he rouse up the audience that was singing the songs of the first season of the legendary band like they were their National Anthem! Having great musicians in the band, the performance of John Coghlan’s Quo was more than satisfying, even to me that I was never such a fancy fan of them.

Setlist: Caroline, Roll Over Lay Down, (April) Spring Summer And Wednesdays, Break the Rules, Pictures Of Matchstick Man, Paper Plane, Rain, Big Fat Mama, Rockin ‘All Over The World, Down Down 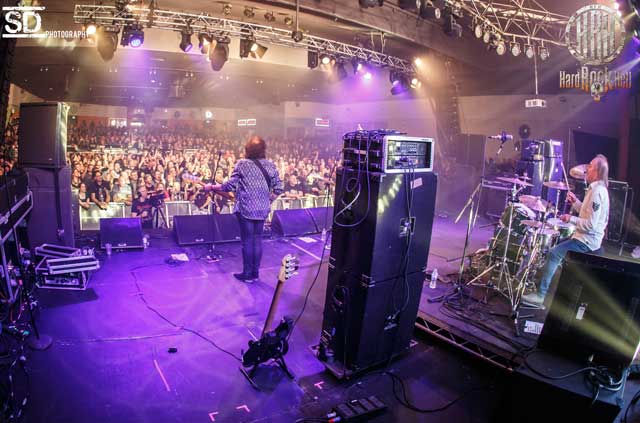 How can all we that lived in the late 80’s, forget watching MTV from morning till night? How can anyone forget Femme Fatale and ‘Fallin In And Out Of Love’ which was being played constantly for some period of time? Since then, we completely missed them for a thousand reasons. Lorraine Lewis will describe them in another column. She, along with the unique Athena in drums, Courtey Cox and their band, gave their best selves to satisfy the fans, and they did it, although their absence from the stages for long periods was more than obvious. Big absence was also the one of the great Nita Strauss who couldn’t get to the Island.

Setlist: Fortune & Fame, Fallin In And Out Of Love, My Baby’s Gun, Back In Your Arms Again, Rebel, One More For The Road, Heat The Fire, Burried Alive, Waiting For You, Cradle’s Rockin’, If, Big One 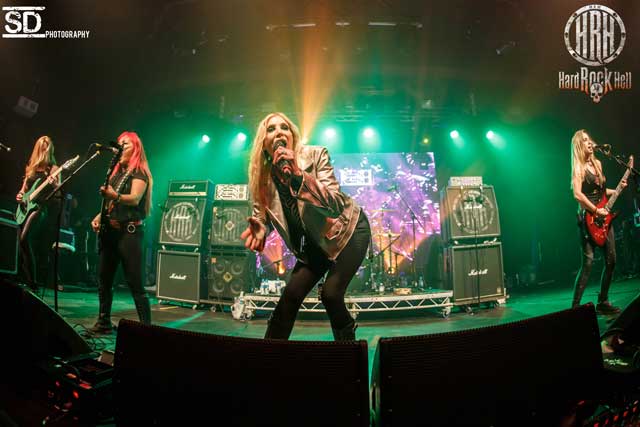 The festival closes with a very special case. Dead Daisies are creations of David Lowy, a guitarist with a little feedback on music. What makes the band special is the presence of John Corabi, Marco Mendoza, Dough Aldrich and Deen Castronovo. Having recorded four albums, Dead Daisies have gained the recognition in the metal scene and their performance was really great! They have an excellent bond and their music has large range sufficient enough to satisfy almost everyone in Hard Rock Hell. Their set included songs from the band’s albums, and also several covers such as Midnight Moses (The Sensational Alex Harvey Band), Join Together (The Who), Bitch (The Rolling Stones), Highway Star (Deep Purple) and Helter Skelter (The Beatles). I highlight the covers because they managed to make these monumental tracks sound like being their own, giving them their own sound. This is a promising band given that it will keep this line up. 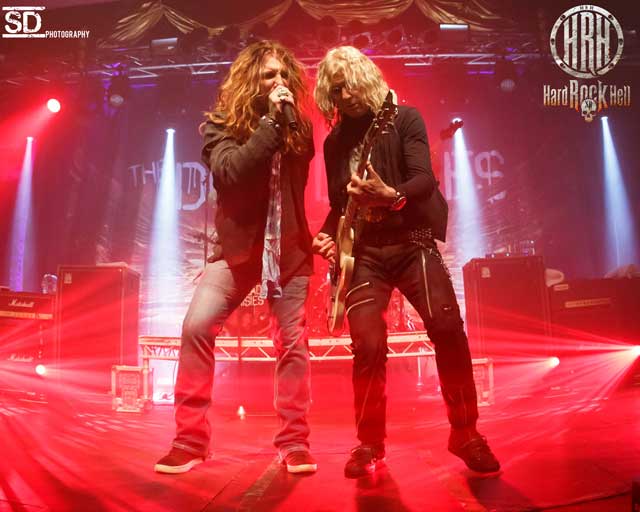 Today is our last day in Hafan Y Mor and Pwllheli. The next weekend with HRH Prog, the venue closes its doors to Hard Rock Hell. It will be refurbished for other things. The festival has grown a lot. It takes place in different times during the year and in different venues. As I left the room and move towards the reception at the entrance, I saw places where I attend shows, I worked and spent eight years of cooperation, being demolished. “It will be for good,” I thought…

Many thanks once again to this wonderful production for all the support that has provided to us all these years and I hope the next year, in the new venue, things to be as warm as here! 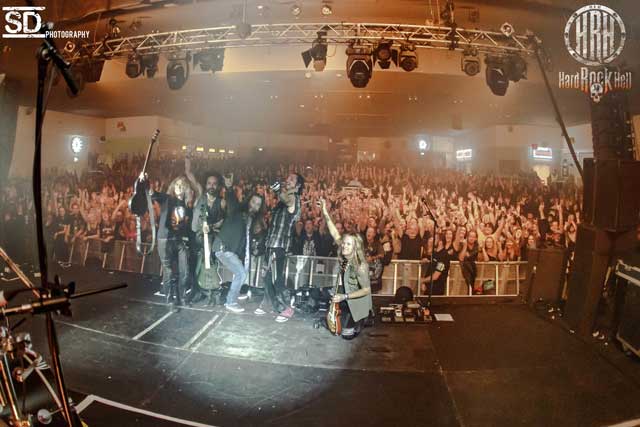