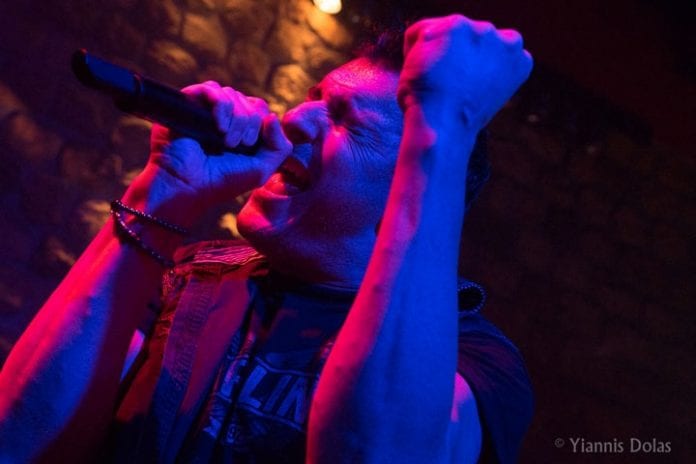 Hard rock shows in Greece is not a common commodity and naturally we wouldn’t miss the chance of catching Hardline’s virgin appearance in Greece.

After all we had several reasons to attend the show; for starters it is the 25th anniversary of the band’s sensational record “Double Eclipse” and we could only expect the lion’s share on the set list from that album. The second reason was of course the singer Johnny Gioeli whose vocals are magnificent in every single album that he has sung on (and mind you, there are plenty). The fact that he had with him Josh Ramos and Alessandro Del Vecchio was the icing on the cake. Last but certainly not least was the venue (Crow Club) as all the bands that we had seen there had an excellent sound. Hardline was not an exception. 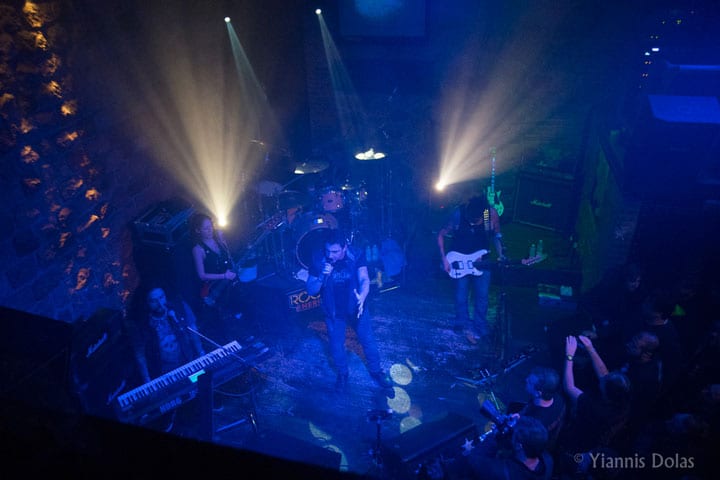 The same point of view shared with us more than 250 people that packed the venue from early on thus creating a very warm and beautiful atmosphere. The opening act was a tribute band to Whitesnake called Saints & Sinners which is comprised of well-known and quite capable musicians. They had the easy task of warming up the crowd as the classic ‘Snake songs that they presented went down amazingly well so the fitting addition of two AC/DC classics (“Touch Too Much” & “Highway To Hell”) as a tribute to the late Malcolm Young was also welcomed.

At almost 23:00 Hardline hit the stage and right from the first minutes of the opening song “Where Will We Go From Here” it was plain evident that the band was in great spirits while Gioeli was absolutely amazing with a seemingly endless energy, impeccable communication and most importantly with a brilliant voice that left you under the impression that you were listening to a CD version of each song! The first…panic down the crowd was caused with the sheer listening of “Takin’ Me Down” which was the second track on the set list. Come to think about it, those two songs created the template on which the rest of the show would be based on; every time that Hardline would choose to play something from their last record (“Human Nature”, the fans would warmly support them but they will go absolutely mental when they would be treated with a song from “Double Eclipse”. Needless to say that the roar was deafening when Hardline ended the main set list with “Everything” and “Hot Cherie”…let’s just mention that you listened more to the voices of the fans than Gioeli himself! It would be an omission if we wouldn’t underline the reaction on “Fever Dreams”, a song that has become a recent classic for Hardline. 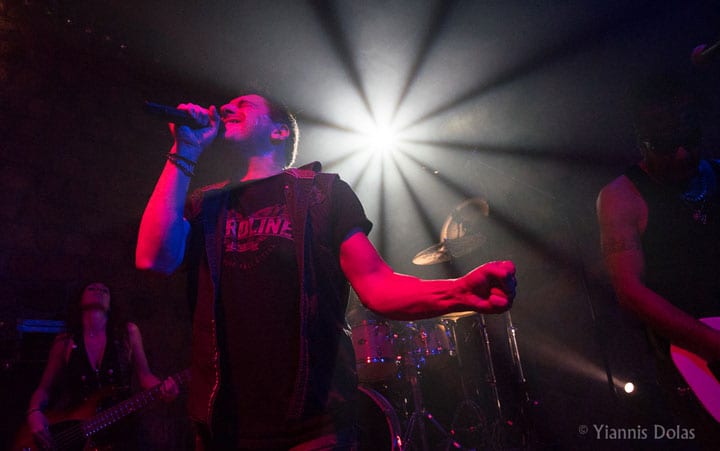 Hardline didn’t play the entire “Double Eclipse” album but this is just a small detail. As we expected, it had the lion’s share and that’s what counted. Naturally, the 75-minute set proved to be rather short as the fans chanted “We Want More” as the band was leaving the stage. The show was over and we were leaving the venue having had the best of times! Hardline was amazing and Johnny Gioeli was nothing less than spectacular. Guys, thank you for the music and the wonderful memories! 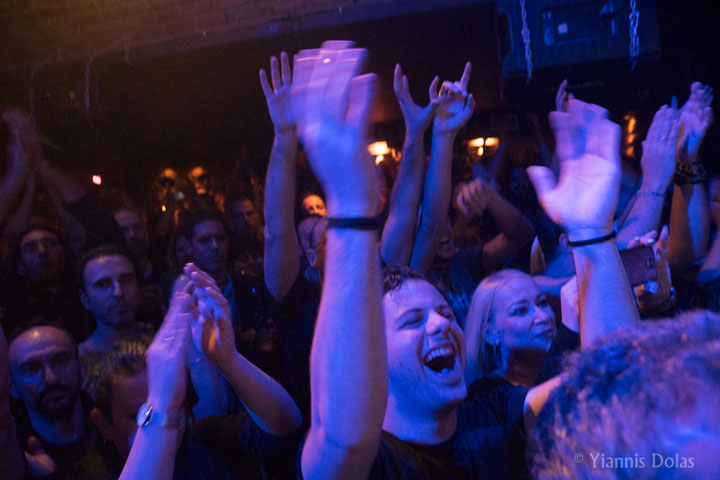