Just a few days before Ice Nine Kills play in Greece for the first time with Paparoach we had the chance to talk with their front man, Spencer Charmas. The band plays what we’d tag as metalcore and one of its distinctive features is that they are hugely influenced by horror movies as it’s dead obvious from their sort movie-like music videos. Check’em out! Interview: Yiannis Dolas 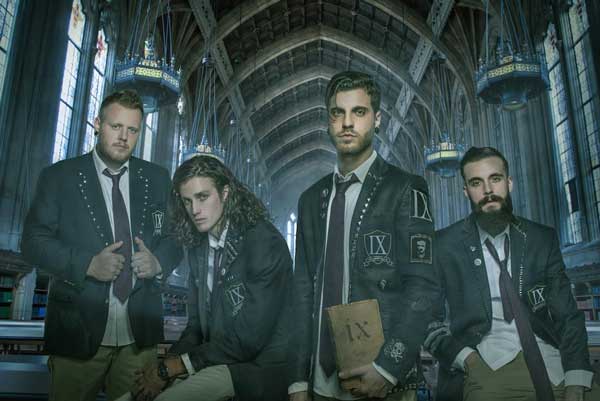 Rockpages.gr: This is the first time you visit Greece to play, what do you expect?

Spencer Charnas: We expect Greece to be an absolutely amazing crowd, although we’ve never played here we’ve seen a ton of hype from this area of the world. We can’t wait to see how crazy the INK psychos get in Greece..

Rockpages.gr: You bring metalcore to the table and you are the heaviest of the lot. How does this do down usually?

Spencer Charnas: I’ve always been a huge fan of metalcore as it bridges the energy of hardcore and the technicality of metal. It usually goes over very well although it can get violent in the pit… Our fans usually leave bloody, but happy.

Rockpages.gr: What would you say are your influences?

Spencer Charnas: My influences are vast, it ranges from slasher films of the 1980’s to the heaviest of heavy metal to Broadway musicals like Phantom of the Opera and Les Misérables.

Rockpages.gr: What are your favourite horror movies that influence you to make your videos?

Spencer Charnas: All of my favorite horror movies are immortalized in our last album, The Silver Scream, where we take our fans on a journey that goes all the way from Crystal Lake to Elm Street to the lesser known but still important cult classics like Silent Night, Deadly Night.

Rockpages.gr: How much of your budget goes to make this movie-like videos?

Spencer Charnas: All of the budget has to do with our record label, Fearless Records, and they’ve been very generous in helping my vision come to life in the most eloquent and high-production value way.

Rockpages.gr: You recently recorded a cover of Michael Jackson’s all time classic “Thriller”. Were you scared, or excited or maybe both when you decided to do that? Did you think what the fans would say about it?

Spencer Charnas: It was a lot of fun putting the INK touches on a classic like Thriller. I grew up being very influenced not only by this song but by the short film that coincided with the release of this song. I think it was important for me to retain some of the most iconic elements of the song while at the same time not repeating what MJ had already recorded. I think we succeeded in both respects.

Rockpages.gr: Nowadays music formats go towards incorporating strong visuals as well. Do you think that instead of releasing a full album’s worth of material you should only release videos on YouTube?

Rockpages.gr: Talking about albums do you plan on releasing a new one anytime soon?

Spencer Charnas: We are starting to work on new material for a follow-up to The Silver Scream, so far I am extremely excited on the direction it’s taken.

Spencer Charnas: My wish for the New Year is to continue building Ice Nine Kills all over the world and meeting all the fantastic psychos that make being in a band possible… 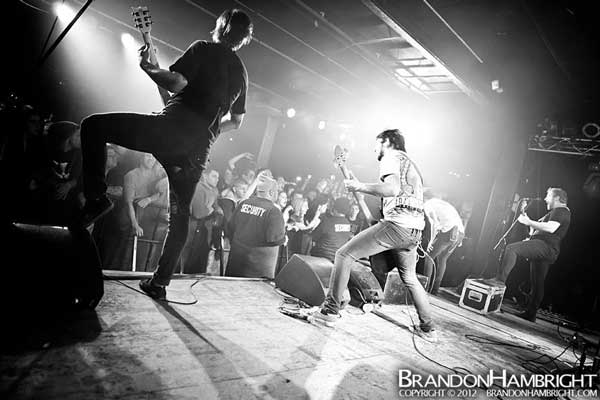